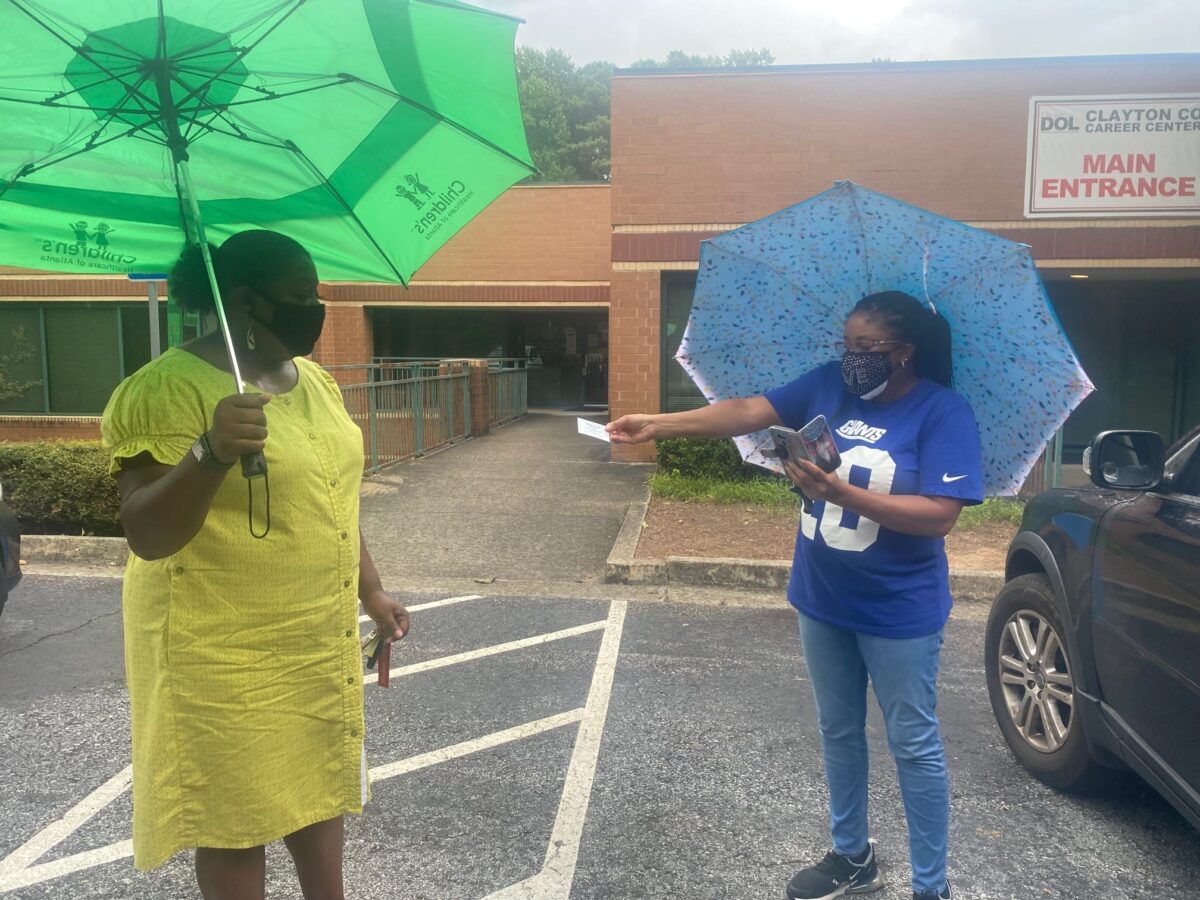 Three members of the Clayton County Legislative Delegation issued a press release opposing Gov. Brian Kemp’s announcement that he would end weekly federal unemployment aid for Georgians who lost their jobs due to the COVID-19 pandemic as of June 26, 2021. He is doing so at the recommendation of Georgia Labor Commissioner Mark Butler.

Kemp said, “To build on our momentum, accelerate a full economic recovery, and get more Georgians back to work in good-paying jobs, our state will end its participation in the federal COVID-19 unemployment programs, effective June 26th. As we emerge from this pandemic, Georgians deserve to get back to normal – and today’s announced economic recovery plan will help more employees and businesses across our state do so.”

Butler said that GDOL “has dispersed almost $22 billion in the past fourteen months to support families in this crisis, paying mortgages, electric bills, and grocery tabs when Georgians were in greatest need. It is critical for us to support our economy and local businesses by providing solutions to the roadblocks many Georgians have faced when returning to work. Right now, the state has a historic number of jobs listed on Employ Georgia. We are seeing some of the highest pay scales with enhanced benefits and signing bonuses.”

GDOL listed 251,087 job openings on its website as of press time. Some Republicans and businesses have said that people are not going back to work because they are content to live on unemployment and COVID-19 emergency aid. However, many people who remain unemployed say they have not been able to find work or that they are looking for better-paying jobs. On May 10, President Joe Biden said, “We’re going to make it clear that anyone collecting unemployment, who was offered a suitable job, must take the job or lose their unemployment benefits. We don’t see much evidence of that.”

Programs affected will include:

For over a year, the legislators have been tracking names of people who have had trouble getting their unemployment benefits and who have not been able to contact anyone at GDOL.

They also backed a writ of mandamus by Rep. Shea Roberts (D-Atlanta) to reinstate a State Advisory Council to oversee GDOL. The council was reinstated on April 28.

According to the group. “In the writ of mandamus, Rep. Roberts requested the courts to order the State Advisory Council address problems within the GDOL, as well as provide accountability and oversight of the department,” which the legislators say is not functioning properly and is unresponsive to both the public and lawmakers.

“Democrats and Republicans have endured a constant trail of complaints from angry constituents dating over a year of calls and emails that borders on negligence,” the statement read. “The claimants have complained of lack of timely processing and payments of unemployment claims and an inability to communicate with GDOL staff. As these claimants demand action, we will continue to demand accountability.”

The lawmakers called on Labor Commissioner Mark Butler to reopen GDOL call centers and career offices to the public, and decried Kemp’s veto of SB 156, which would have created a chief labor officer for GDOL.

The group is calling on the federal government to investigate GDOL, as well as force the agency to issue timely payments, and note what they say is a lack of transparency on GDOL’s part, noting “lawsuits filed against the Georgia Department of Labor regarding its operations and Open Records Requests. These legislators support the Georgia Legal Services Program (GLSP), the Southern Poverty Law Center and the Atlanta Legal Aid Society efforts to assist with a lawsuit against the GDOL from unemployed Georgians. These legislators encourage Commissioner Butler to increase transparency by providing requested information, which may decrease the number of lawsuits.”

Minimum-wage earners, people with limited savings, and freelancers were hit particularly hard by the crisis.

Read more about federal unemployment benefits under COVID-19 on the U.S. Department of Labor website