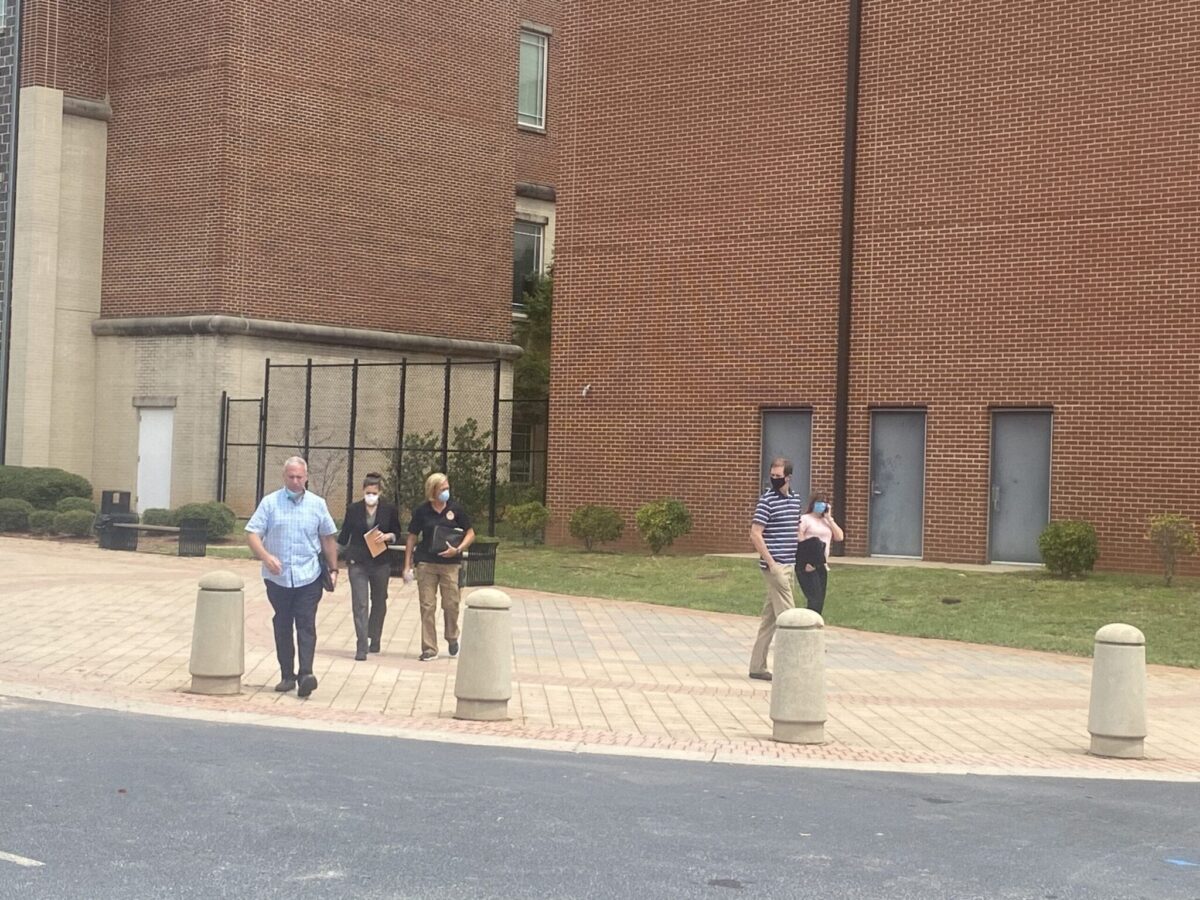 Hill was indicted April 19 by a federal grand jury on four counts of depriving inmates of their liberty under color of law. The indictment alleges that Hill used Clayton County Jail restraint chairs to punish four different detainees awaiting trial. The chairs are meant to be used to prevent a detainee or inmate from self-injury or injury to others.

The first count, involving J.A., a suspect in a high-profile case involving an attack on an elderly mother and daughter in a Forest Park grocery line, is alleged to have taken place on February 25, 2020. The other three all are alleged to have happened on April 27, 2020 and involved C.H., a 17-year-old who was arrested after allegedly vandalizing his mother’s house; J.H., a suspect who allegedly fled Southern Regional Medical Center after a domestic disturbance; and G.H., who allegedly got into a back-and-forth with Hill via video calls about a deputy G.H. claimed had refused to pay for landscaping work he had done. In all four cases, the indictment alleges that Hill taunted the detainees and left them strapped in restraint chairs for hours.

On June 10, 2020, federal agents raided Hill’s office at the Harold Banke Justice Center and seized evidence. At one point, a restraint chair was wheeled past news crews stationed outside. However, in a press conference following Hill’s initial appearance and bond hearing on April 29, Acting U.S. Attorney Kurt Erskine said he could not “speak to” whether or not such a chair had been seized last summer in connection with the case.

Hill has pleaded not guilty on all four counts and is free on bond. If convicted, he could face up to ten years in prison on each count.

Hill’s attorneys said they would need another 60 days to review the government’s evidence in order to determine whether they needed to file any pretrial motions.

Originally, pretrial motions were due on Tuesday, May 11 and a pretrial conference had been scheduled for Thursday, May 13 at 10:30 a.m. However, on May 10, Hill asked for a continuance.

“Sheriff Hill is still in the process of receiving discovery from the government,” according to the request filed by defense attorneys Drew Findling and Marissa Goldberg. “An initial packet was provided at arraignment, but undersigned counsel has been informed by AUSA Brent Gray that there is still outstanding discovery that he will be providing forthwith. Once discovery is made available, Sheriff Hill would need time to review and file any applicable pretrial motions.” Findling added that Gray “indicated that he has no objection to a continuance.”