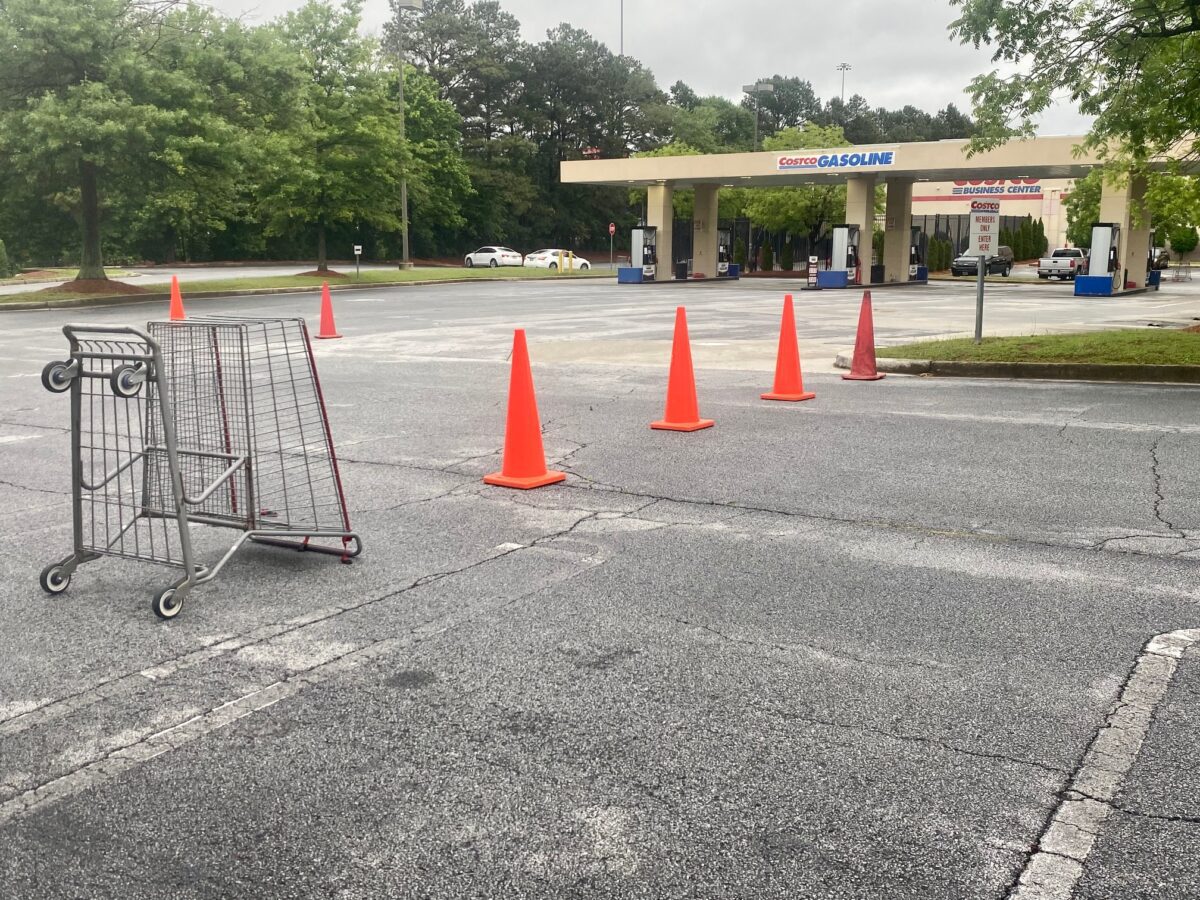 As state and federal officials urge drivers not to hoard gasoline while the Colonial Pipeline company recovers from an overseas malware attack, some people at the pump say they aren’t buying it.

Colonial said Wednesday evening that it has restarted the pipeline and that gasoline should get to where it’s going in a few days.

The panic buying started this week following news that hackers had taken over Colonial Pipeline’s offices. Company and government officials say the pipeline itself was not attacked and that the company shut it off as a precaution.

The pipeline runs from Houston, TX to Linden, NJ and supplies much of the Gulf and East Coasts with different kinds of fuel. Colonial Pipeline , which is headquartered in Alpharetta and owned by five companies–CDPQ Colonial Partners, L.P.; IFM (US) Colonial Pipeline 2, LLC; KKR-Keats Pipeline Investors, L.P.; Koch Capital Investments Company, LLC; and Shell Midstream Operating, LLC–released a statement late Tuesday, saying it was working around the clock to get the pipeline back on. The company also said it is giving first priority to areas where the supply is low, in cooperation with the Department of Energy. Meanwhile, it has already shipped gasoline to Atlanta, as well as cities in North Carolina, South Carolina, Maryland, and New Jersey–41 million gallons’ worth since the shutdown, with another 84 million gallons ready to go when the pipeline is back on.

In addition, federal transportation officials have given tanker truck drivers more flexibility with their hours in affected states, the EPA has okayed the temporary use of winter fuel supplies, and Colonial says it has stepped up air, road, and foot patrols along the entire length of the pipeline.

Despite numerous assurances that this is a temporary logistical problem and not a shortage of actual quantities of gasoline in the United States, many people have gone into panic mode, rushing to fill up their tanks and gasoline cans.

The cashier at the Shell on Thurman Road said they ran out of gas on Tuesday afternoon.

And the Costco on Mount Zion and Meadowbrook Lane in Morrow ran out around 2:45 p.m. Wednesday, according to an employee who was posting signs. All access to the pumps has been blocked by orange cones and overturned shopping carts.

Dred had pulled his work van up to the BP on Jonesboro Road and College in Forest Park and unloaded a half-dozen gas cans onto the ground before realizing the station was dry.

He said he had been to several stations looking for gas for his lawn care business. Then he loaded up the cans again to try his luck elsewhere.

The manager at the Chevron on Jonesboro Road in Lake City said lots of people had been waiting in line for gas: “Busy, busy, busy.”

Outside, a man was filling up his wife’s car, as well as a spare gas can. Signs on the pumps said the limit was $15 but other drivers were saying the limit was $30.

“I’ve just got to get enough gas to get home,” he said. “I just got back from out of town. My wife’s over at Kaiser.”

Asked if he’d heard that the pipeline should be running again by the end of the week, he said, “I don’t trust them.”

In The Time of COVID and amid a political climate where many people say they don’t trust anything the government/subject matter experts/news media says, he’s not alone. Even reports about how the service interruption happened were rejected out of hand by some on social media:

Why people do what they do

That last photo was posted to Facebook by CBS correspondent David Begnaud, who said he had gotten it from someone named Mike McLeod, who had said it was taken in Andalusia, AL: “He told me, ‘They were hoarding. They were spotted at other stations when that one ran out.’”

What’s happening is “stockpiling” and “panic buying”–as distinct from “hoarding,” according to Carol Mathews, M.D., director of the Center for OCD, Anxiety, and Related Disorders and professor of psychiatry at the University of Florida. Stockpiling is planned buying in anticipation of shortages–basically, what preppers do when they fill a bunker with canned goods, or the annual preparations when people know a long winter or hurricane season is coming. Panic buying is when people rush to the store and clean out the shelves in a crisis, buying things because they are there, even if they don’t need them–such as the rush to buy all kinds of things at the beginning of the COVID-19 pandemic, or the act of stockpiling enormous quantities of gasoline in unapproved containers.

Unfortunately, the more people hear or see about this behavior, the more they tend to imitate it, Mathews said. People also take their worries to social media, which has its own problems as an echo chamber, and the panic spreads. Memes become a kind of self-fulfilling prophecy.

What You Can Do

If you see someone filling dangerous containers with gasoline, consider letting them know of the dangers. (You might want to use your best judgment in approaching strangers, however.)

Curb your own gasoline use. Don’t drive if you can bike or walk there. Plan any trips for necessities so that you don’t waste time and gas cruising around. Telecommute if your job allows it.

Make a conscious decision not to get sucked into panic mode. Don’t feed the rumor mill.

If your car has an eco setting, use it.

Slow down–you’ll save significant money by not speeding. Check out the handy calculator at mpgforspeed.com to see just how much money you can save by slowing down just a little bit.

Be conscious of how hard you step on the accelerator. You only need to press it down a little bit to deliver enough gas for the engine to run. Challenge yourself to see how lightly you can step on the gas and still get the speed you need.

Consider ditching your gas-guzzler for a more efficient model. Even if you’re not all in on an electric or hybrid vehicle, finding a conventional car that runs about 30-35 mpg can still save you a lot of money.

Let us know how you’re dealing with the gasoline situation. We’d love to hear from you.