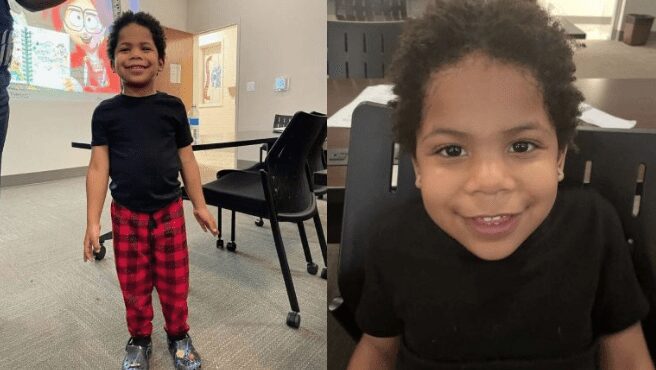 A small boy between three and five years old has been found and law enforcement officials are trying to identify him and find his parents.

The boy, who says his name is “Bam Bam,” was found wandering around near Roy Huie Road and Stone Ridge Court by a “concerned citizen” just before midnight on Wednesday.

He told Clayton County Police that he had “left Mommy’s house.”

According to Sheriff Victor Hill’s Nixle account, “Bam Bam appeared to be in great health, indicating that his is well cared for.” The Clayton Count Police Department says Bam Bam is about 3 feet 6 inches tall and 40 pounds, and is wearing a black t-shirt, black and white plaid pajamas, and blue Crocs with lightning bolts on them. Both his ears are pierced.

No one in the neighborhood was able to tell Clayton County or Riverdale Police who the child is.