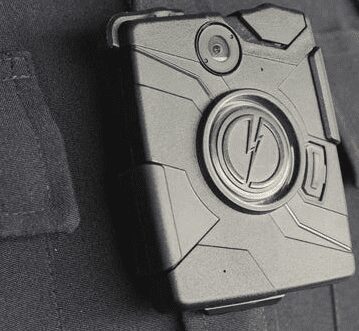 The City of Forest Park will consider a request from Public Safety Director and Police Chief Nathaniel Clark to supply officers with body cameras, to add cameras to patrol vehicles, and to adopt a policy about how to handle those cameras and the recordings they make.

The city must approve the policy before buying the cameras, which Clark has said will give both officers and those they interact with greater protection. The vendor mentioned in the policy is Visual Labs.

The body-worn cameras are primarily for patrol officers in non-supervisory roles. “However, should any sworn officer work in a uniformed patrol capacity,” the proposed policy states,”they must wear a BWC if a BWC is available for use.”

Civilian employees on duty also would be allowed to wear body cameras under the proposed policy.

Each officer would be responsible for making sure that his or her camera is working properly before each shift. Once the camera is on, it has to stay on until the encounter is over. Recordings will be stored in a cloud server.

An officer would have to turn on the body-worn camera (BCC) manually unless the police vehicle emergency lights are turned on or the police vehicle “exceed(s) a preset speed.” The in-car camera (ICC) captures pre-event video only “for a period of time determined by the system settings.” It records audio as well when an officer manually activates the camera or when a “trigger event” like the emergency lights or speed threshold happens.

Under the proposed policy, “If an officer fails to activate his/her body-worn camera, fails to record the entire event, or interrupts the recording, the officer shall document in his/her report why the recording was not made, interrupted, or terminated.”

Under state law, police cannot record body camera video in a private setting (like your home) unless they have a search warrant or in certain situations like chasing a suspect. Here are some examples of when the police are required to keep recording, even if a citizen objects:

If an officer with a body-worn camera comes into your house (even if you’re a renter) but does not have a search warrant, and you tell them you do not want to be recorded, the officer has to go outside.

Also, the responding officer has sole discretion to tag the video as “sensitive-not for release” if it is of “an officer is taking a witness statement from a victim of a sexual assault, or if there is a rational belief by that officer that the recording would place the witness in danger of harm.”

If an officer deliberately turns off his or her camera “without justified cause, he/she may be subject to disciplinary action.” And if an officer turns off the camera, he or she is required to “make a verbal notation on the recording anytime he or she plans to intentionally stop or mute a recording prior to the completion of an event or incident,” stating why the officer is stopping the recording.

The policy would require officers to record “(a)ll contacts with citizens in the performance of his/her official duties (i.e., calls for service, vehicle stops, execution of search and/or arrest warrants, observed events). Officers have discretion on whether or not to record casual non-enforcement contacts.”

The body-worn camera has a setting that hides indicators that would let the person being recorded know that it is on–leaving citizens with no way of knowing whether or not they are being recorded when they interact with a police officer. (Georgia is a “one-party” state, meaning that only one person in a conversation has to consent to its being recorded.)

However, according to the proposal, “While not required by policy or state law, officers assigned a BWC may inform other parties that they are being recorded. This has proven to be influential in garnering cooperation of subjects and has been shown to reduce incidents of use of force.”

Officers also would have to complete a supplemental video statement documenting what is said in a recording and not just write “see video recording” on their reports.

Under the proposed policy, members of the media and the general public would have to file an Open Records Request for police body-worn or in-car videos, which would “not be released to the public, the media, or any other entity outside law enforcement without prior approval of the Chief of Police or the Chief’s designee.” The city will determine fees for copies of recordings.

In addition, “A governing body or law enforcement officer shall not have a duty to redact or obscure people, objects, or information that appear in a video recording from any law enforcement body-worn device or device located on or inside of a law enforcement vehicle, nor shall such body or officer have any civil liability for such depiction.”

That means the state does not require the city to blur people’s faces, bleep out what is said, or censor any portion of those videos, and that the city cannot be sued for not censoring police videos.

At the same time, the policy states,”Prior to the release of any BWC recordings to the public, the Records Division will ensure that proper redactions have been made in accordance with state law.”

Supervisors will run weekly reports to check whether officers have categorized their videos according to the type of event that took place.

FPFD also is seeking approval of one of three companies to do cleaning services three times a week at the police station, 320 Cash Memorial Blvd. The agenda packet does not list the names of the three companies. However, it does list an e-mail and quote from Millennial Cleaning Services, a Doraville-based company with offices in Norcross, owned by Brenston Bryant.

Learn more about law enforcement and the Open Records Act with The Blue Book, published by the Georgia First Amendment Foundation.