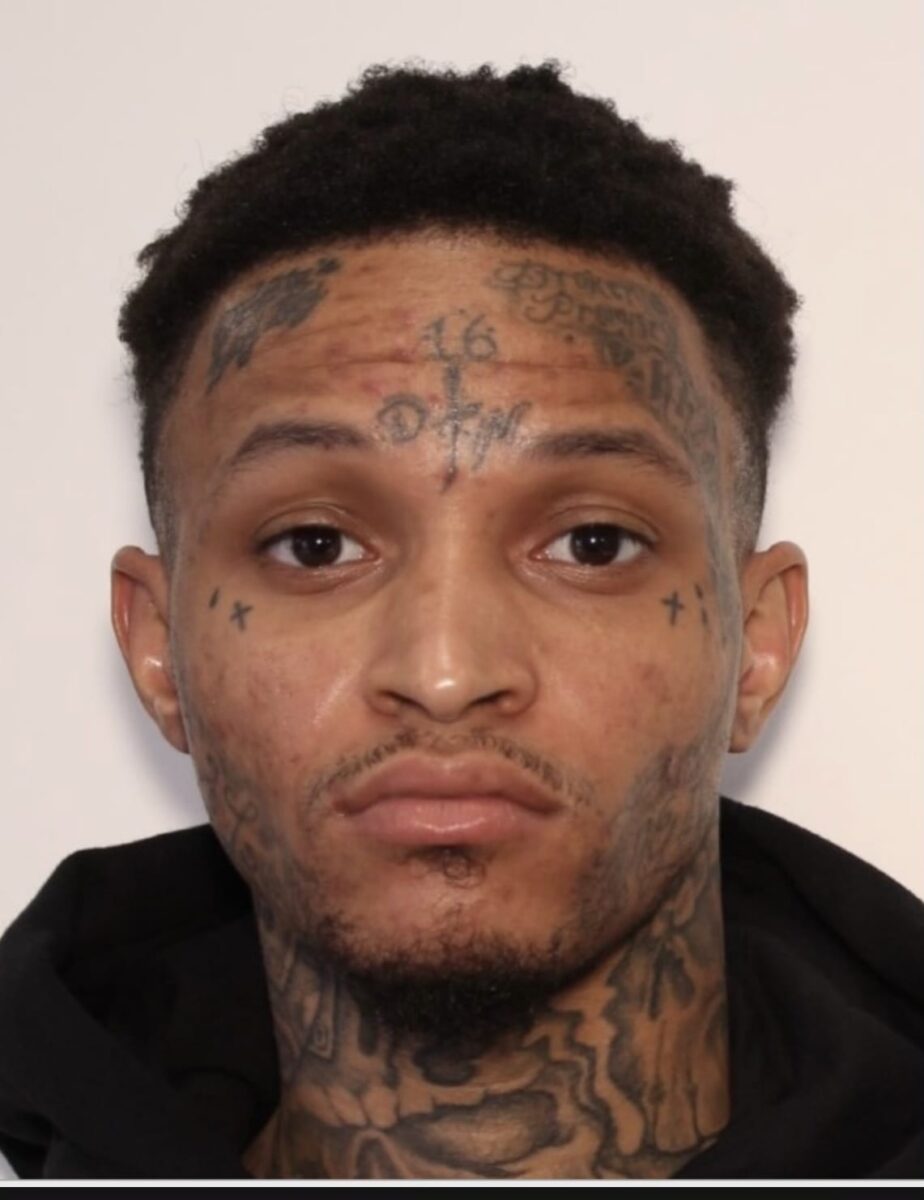 Early Friday, a man who was being taken to prison on narcotics trafficking, burglary, and probation violations, fled what Sheriff Victor Hill described as “a private transport company” who reportedly had stopped at a QT on Riverdale Road to get something to eat. Law enforcement officials are warning nearby residents to lock their doors and stay inside, and four schools are on “soft lockdown.” The fugitive, Devonte Detuan Ross, reportedly knows his way around the area and has friends here. He was chained at the waist and wrists. He was last seen wearing a black hoodie, black pants, and black shoes with orange stripes. Ross is described as 5 feet tall, 135 pounds, with multiple face and neck tattoos.

It is The Clayton Crescent’s policy not to run mugshots unless there is an active manhunt underway.

On Thursday, J’Saan Carlos Strover, 20, was being extradited on murder charges when he escaped Maricopa County, AZA deputies after they had removed his leg irons at a staircase at the Rental Car Center. Strover ran into the woods, sparking a 16-hour manhunt.

“Tonight, College Park police received a tip of a man fitting Strover’s description seen walking down the street, barefoot with his hands behind his back,” the Fulton County Sheriff’s Office said on Twitter. “A patrol unit spotted the fugitive and he ran into the woods. Police used night vision technology to locate the 20-year-old.” WSB-TV’s Matt Johnson saw Strover run right past the station’s live truck into the woods, where officers caught him.

Be aware of your surroundings this morning. Do not try to apprehend fugitives on your own–call 911 if you think you see anything suspicious.