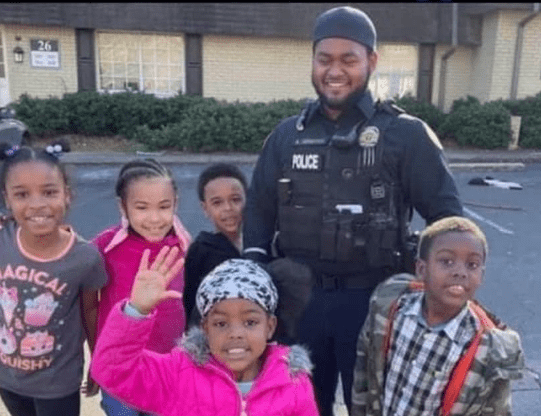 “As a former law enforcement officer at the Clayton County Police Department, I send my heartfelt condolences to the family of the officer, the Clayton County Police Department and his extended family,” Neal said. “The outpouring of kind words about this young officer upon his passing goes to show the kindness he bestowed while here on this earth. Thank you to Officer Mendoza for his selfless service to his community. I’m sure that God will most definitely say, ‘Well done.’ Rest well. We’ll take it from here.”

CCPD said he joined the force last year after he and his mother had catered an event there. Plaza Gourmet, the family’s restaurant in Jonesboro, held a police academy graduation celebration for him on September 17, 2020. The restaurant announced on Facebook that it would be closed “until further notice.”