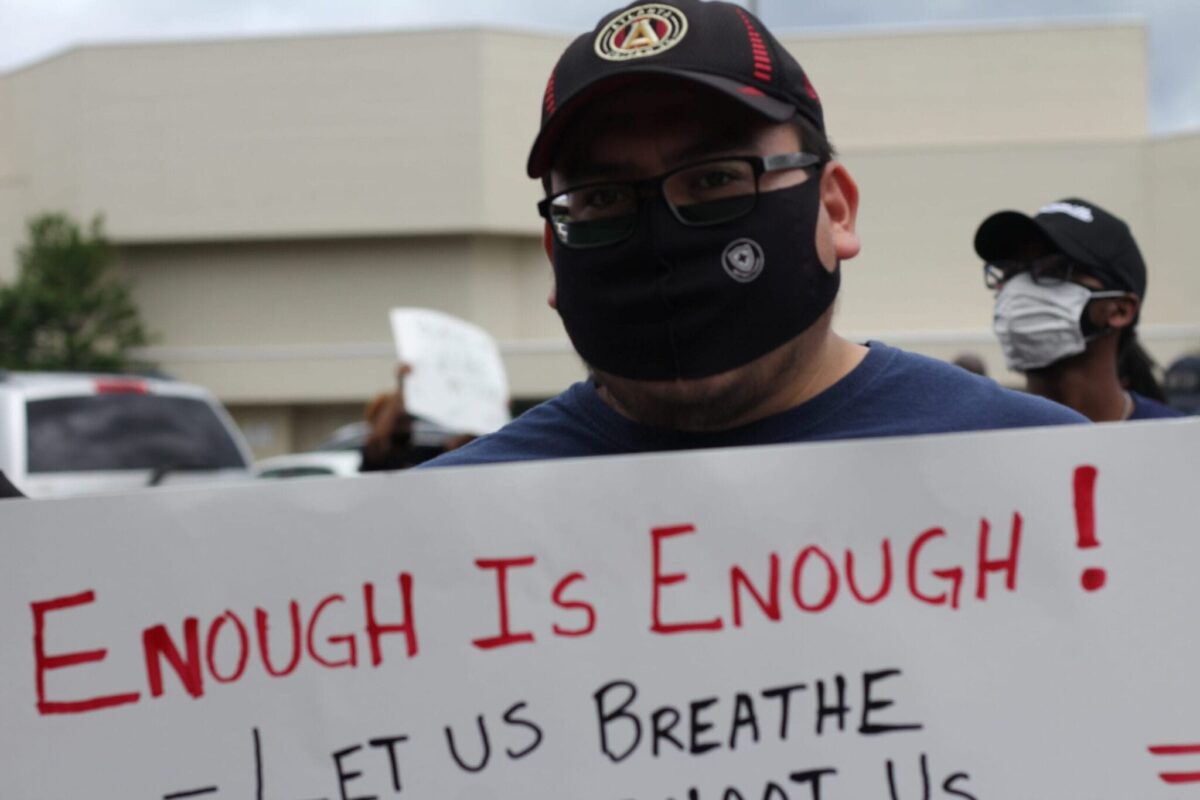 After eleven hours of deliberations, a jury has returned three guilty verdicts in the trial of former police officer Derek Chauvin, who is charged in the May 25, 2020 choking death of George Floyd.

Sentencing will be in eight weeks with a specific date to be determined.

Chauvin, brow furrowed and eyes wide and looking left to right, appeared surprised by the verdict. He gave a nod to the judge, placed his hands behind his back, and two deputies swiftly took him into custody.

Crowds outside the courthouse cheered and cried as the verdict was read.

ABC legal analysts Dan Abrams and Sunny Hostin commented on the speed and apparent unanimity of the verdict, and the fact that the jury had no questions for the judge.

Potential sentences could range from 3.4 years to 10 years on second-degree manslaughter to a maximum of 40 years for second-degree unintentional murder, depending on the charge and whether the judge imposes the maximum term or adds enhancements.

Floyd’s death, along with those of other Blacks killed by police, sparked weeks of protests across Clayton County and metro Atlanta last summer.

As a result, the Minnesota Legislature passed laws banning chokeholds and “warrior” training for law enforcement.

Philonise Floyd, George Floyd’s brother, urged member of the public to remain peaceful, saying everything would “be alright.”

Bernice King, daughter of Dr. Martin Luther King, Jr. urged people not to let “this moment, nor the verdict, take our breath.”

The Atlanta Journal-Constitution reports that City of Atlanta employees were told to go home early.

ABC’s Deborah Roberts said she was “sick to my stomach” waiting for the verdict, as were many others around the country, and spoke of the heart-wrenching discussions she has had with her son in the wake of Floyd’s death, as have many other parents of Black children.

Hostin broke into tears, saying she feels her son is safer in South Africa than he is here, and “while this does not bring back Georgie Floyd… his murder on video for the world to see is not just a moment…perhaps we will see real change, much needed change in this country.”