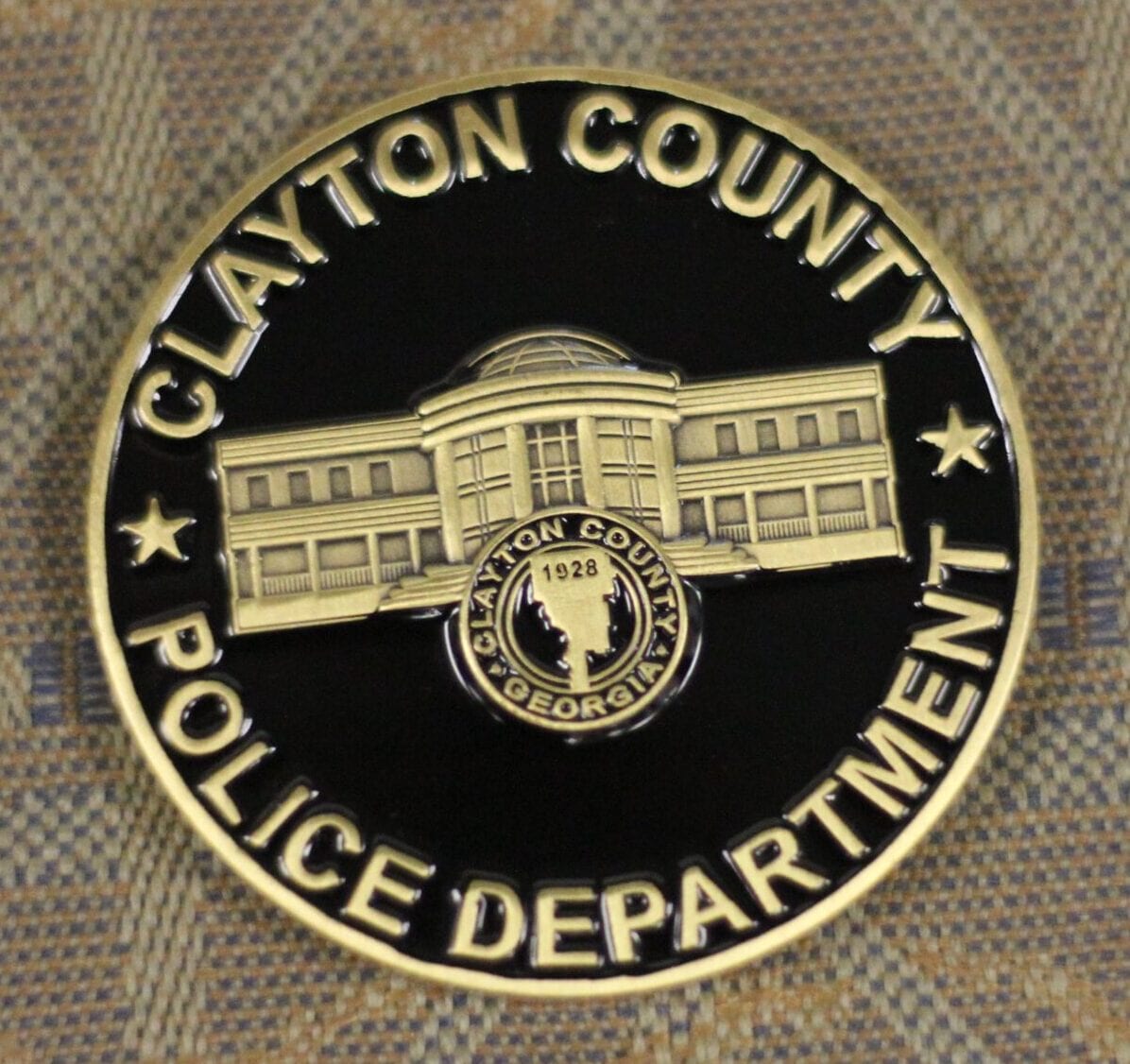 A Clayton County Police officer who had been with the force about a year died after a collision with another vehicle on Tara Boulevard at North Main Street.

A large perimeter was set up, blocking off all lanes of Tara Boulevard, as well as near N. Main Street and the GA 138 Spur for most of the day. Drivers on Valley Hill Road and on Tara Boulevard southbound were directed northbound.

At Southern Regional Medical Center, dozens of patrol vehicles from multiple agencies lined the parking lot outside the emergency room as officers and deputies came to offer support to the officer’s parents, who were at the hospital.

“It’s definitely a good thing to see the outpouring of support,” CCPD Public Information Officer Aubriel Stroud told reporters gathered outside the hospital Monday afternoon. “We appreciate it one hundred percent. Because I mean, yes, we all know that this is a difficult job, but just to see everybody to come through and come together as one, it’s definitely heartfelt. It’s touching.”

Stroud said the Georgia State Patrol is investigating the crash and that CCPD would not yet release the officer’s name. The Clayton Crescent has asked GSP for further details about the incident.

Stroud said CCPD responded to a 9:40 a.m. call about a two-car accident with injuries at Tara Boulevard and North Main Street. Officers found their colleague “seriously injured as a result of the accident.”

“The Clayton County Police Department is sad to report that our officer has, unfortunately, succumbed to his injuries at the hospital,” Stroud said. “He has been with our agency a little over a year. The driver of the other vehicle was also transported to a local hospital and is in serious condition.”

Stroud told reporters she knew the officer who died. “Yes, we had interactions,” she said. “He came at one point to the department with his mother, they catered an event for the department, and we met him there, and that’s when he realized that he wanted to be a police officer. So we all talked to him, and we told him everything that it was about, and he eventually joined the team….I mean, this is something that he already wanted to do, so he kind of had an understanding of what it was, so we were just there to help him make the decision, pretty much.”

When she saw the car, Stroud told reporters, she was “Hoping for the best. Hoping that everything is OK.”

She added, “He was cool. He liked being here.”

“At the end of the day, we are a family. but when you know the person personally, it definitely hits a little different….It’s definitely a dangerous job. You can justy be driving in the car and something unfortunate like that can happen.”