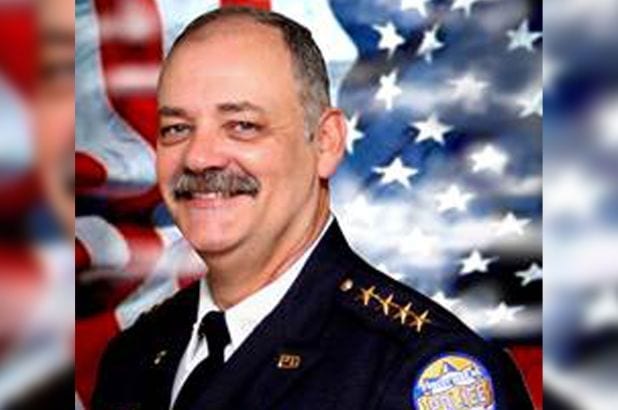 The Forest Park City Council voted Monday night to settle the lawsuit brought against it by former Police Chief Dwayne Hobbs. A dollar amount was not specified. The Clayton Crescent has reached out to Hobbs’ attorney for comment.

Two councilmembers who had fought to fire Hobbs and who have each filed civil suits against the city, alleging that Hobbs ordered the disbanded VIPER Unit to surveil them, left about 15 minutes before a lengthy executive session ended at 9:45 p.m.

Hobbs had filed suit in the U.S. Northern District Court of Georgia, alleging he was fired because he is white. The suit alleges the city “took these actions. as part of an unofficial government policy or custom which discriminates against Caucasian employees” and that the city “continued a pattern of discrimination by terminating Caucasian employees and department heads without cause or reason.” The suit also noted that the city council had “removed the names of Caucasian employees from buildings that had been named after them,” a reference to taking former Urban Redevelopment Authority chair Frank Brandon’s name off the community center (replacing it with Leonard Hartsfield’s) and former Parks and Recreation Director Elaine Corley‘s name off the recreation center.

When the suit was filed, Mayor Angelyne Butler had said Hobbs’ allegations were “a complete and utter farce.” Under Butler’s administration, the city has diversified its ranks, naming Black police and fire chiefs, department heads, and key administrators. Critics, who are mainly white, claim the city is systematically replacing white administrators and police officers with Black ones. However, the mayor and council also have appointed white department heads (former Finance Director Ken Thompson, now with the City of Jonesboro; Economic Development Director Bruce Abraham) and fired Black ones (former city managers Angela Redding and Albert Barker, Jr.; Fire Chief Don Horton reportedly has been placed on administrative leave but the city has refused to confirm whether he is still employed, saying an investigation is underway).

After a story in the Clayton News revealed that more than 80 percent of FPPD traffic stops since 2015 involving small-quantity marijuana possession were of Black males (transparency note: the reporter on that story was Robin Kemp), Councilwoman Latresa Akins-Wells and Councilman Dabouze Antoine pushed for Hobbs’ removal.

In July 2018, the city council voted to decriminalize (not legalize) small-quantity marijuana possession. At the time, Akins-Wells said that members of her family had been pulled over by Forest Park Police and Antoine said, “it is a race thing. I know what time it is.” Hobbs denied that the department engaged in racial profiling.

In his suit, Hobbs alleges that he and the city had negotiated his retirement in November 2018–plans that included naming the police firing range after him, 24 months’ pay over a 24-month period, keeping his life and health insurance during that time, getting 100% of his accrued vacation time and 20% of his accrued sick leave as a lump sum. The city also was to have let him keep his service weapon, laptop, and tablet; give him a positive reference letter; and hold a retirement party and ceremony.

But in October 2018, on the night the council was to have voted in executive session on Hobbs’ negotiated exit, “which had been approved prior by the City Attorney Mike Williams and the City Manager Angela Redding,” the city council “unlawfully terminated Hobbs.”

After Hobbs was fired, the city appointed Captain Jason Armstrong as interim chief, the first Black person to hold the city’s top cop spot. About a month later, the council removed Armstrong–who went on to become police chief of Ferguson, MO–and appointed Major Jamie Reynolds as interim chief. The city then chose Nathaniel Clark as the sole finalist for the chief’s job.

The suit alleges that “The City Council members that terminated Mr. Hobbs did so only after declaring that they wanted to install an African-American Chief of Police and ‘move in a different direction.'” In addition, it alleges that Hobbs’ reputation was damaged by “falsehoods,” including claims that he had “leaked confidential information regarding investigations of unlawful racial profiling by sworn law enforcement officers” and his retirement negotiations to “media sources,” as well as encouraging racial profiling and “unlawful surveillance operations…which targeted city council members and citizens based solely on their race.”

Hobbs’ suit also claims he was denied “procedural due process” and “a meaningful opportunity to clear his name through a pre-adverse action hearing.”

Soon after Clark arrived, he had an outside company do an internal audit of the police department. Since then, about two dozen officers, including top brass and many officers with significant tenure at FPPD, have resigned, retired, or been terminated for cause.

The internal audit revealed Akins-Wells and Antoine allegedly had been under surveillance since at least 2017 by the since-disbanded VIPER Unit–including hidden cameras outside their homes and “trash pulls” of their household garbage. The internal investigation was referred to the Georgia Bureau of Investigation, then to the Clayton County District Attorney’s office.

In a March 29 e-mail to The Clayton Crescent, Clayton County District Attorney Tasha Mosley said, “We are working with other agencies that might have worked on this investigation and still are working on the investigation. It is not over and involves multiple State agencies. We don’t have a timetable of when it will come to a conclusion.”

Attorneys for Akins-Wells and Antoine announced in January 2020 that they would serve the city with an ante litem notice, with each councilmember seeking a $1 million settlement.

On January 4 of this year, Akins-Wells and Antoine filed separate civil suits for personal injury in Clayton County Superior Court against Hobbs and several other former officers, including Reynolds. On April 2, the court gave the defense extra time to respond to the allegations. The last action on file in online court records, from April 5, notes the defendants’ addition of counsel.

Akins-Wells and Antoine left Monday’s executive session about 15 minutes before the council reconvened and were not present when the vote was taken.