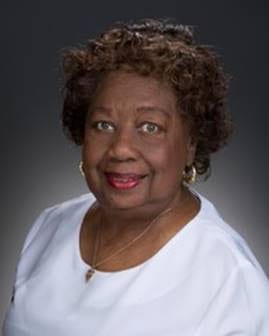 It is with a heavy heart that Clayton County Water Authority (CCWA) officials announce the passing of Board Member Vivian Baldwin on April 7, 2021.

Baldwin was appointed to the CCWA Board of Directors in May 2017 by the Clayton County Board of Commissioners. During her time as a board member, CCWA adopted its 2020 Strategic Master Plan, its first Strategic Asset Master Plan and implemented a new Customer Information System.

“We are honored to have had the opportunity of serving alongside Mrs. Baldwin on the CCWA Board of Directors,” states CCWA Board Chairman Robin Malone. “As a staunch education and community advocate for Clayton County, she has served our community well. She was a valuable and cherished member of our board. Her impactfulness will be missed throughout our utility.”

When first appointed to the board, Baldwin stated that she wanted to personally learn all she could about water, and she had no idea so much went into providing water services. She often said she had ‘a new appreciation for what we do as a water utility’. She appreciated industry conferences which enabled her to get an up-close look at heavy equipment. She went on to earn the American Water Works Association’s public officials’ certification.

Her love of education and children was evident when the board recognized local students for their award-winning water related science fair projects and model water towers.

“Mrs. Baldwin carried herself with such dignity and professionalism. She cared diligently for the Clayton County Water Authority employees and for the community as a whole. We will miss her intellectual humor and gentle smile,” adds CCWA General Manager H. Bernard Franks.

Baldwin was a native of Atlanta, GA where she grew up on the northwest side of Atlanta, attending the historic Booker T. Washington High School and Spelman College. Baldwin earned a master’s degree in Library Science from the University of Kentucky. She enjoyed a 40-year career in public education.

When she retired from Oakland Public Schools as a Media Specialist, she returned to Georgia with her husband, Ivan C. Baldwin, and moved to Clayton County where she served her community in many capacities. Baldwin was President of the AARP Riverdale Chapter 4409. She was formerly a member of the Executive Committee of the Clayton County Branch, National Association for the Advancement of Colored People (NAACP) from whom she received two leadership awards. In addition, she received the Leadership Award Certificate of Appreciation for dedicated volunteer service from the Older Atlantans Task Force.

In recent years she continued to give her all to improve the lives of others. She served as a resource for the Bethsaida Woods Homeowner’s Association to keep residents informed on community issues and hear their concerns. She participated in the AARP Riverdale Chapter. She was an active member of Riverdale First United Methodist Church. She was a proud Life Member of the NAACP. She was a dedicated member of the Friends of the Library. She said one of her greatest honors was serving on the Clayton County Water Authority Board.

The Clayton Crescent extends its condolences to the family members, colleagues, and friends of Vivian Baldwin.