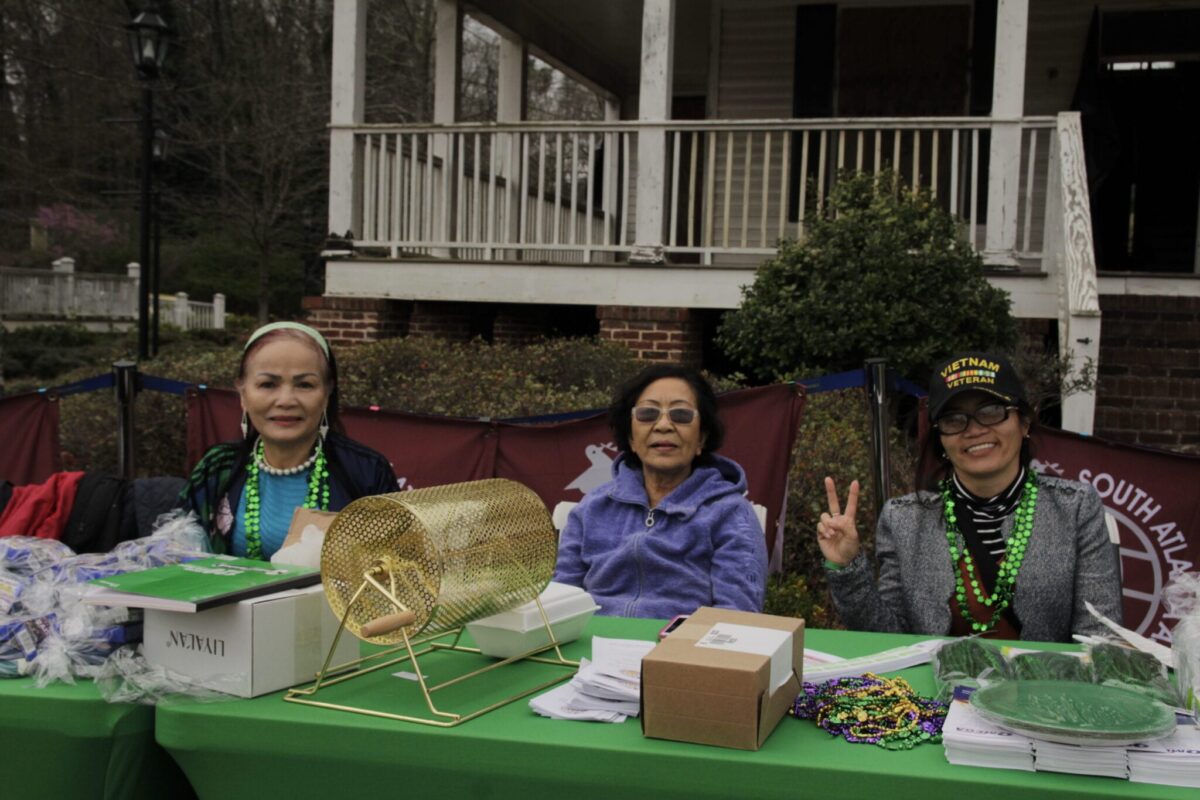 “The Youth of Clayton County strongly condemn the actions of an attack on Asian American establishments on Tuesday night in Atlanta,” CCYD said in a Facebook post. “We also name this senseless act of violence for what it is–a racist hate crime against the AAPI community in Atlanta.”

Say their names–right. A video from the Asian American Journalists Association.

The victims were identified as:

The mass shooting of Asian women and others at two spas in Cherokee County and Atlanta have shaken Asian-Americans and Pacific Islanders. Hundreds of demonstrators turned out at Liberty Plaza across from the State Capitol in Atlanta Saturday to show support for the community.

The problem is not unique to the United States, however, Time Magazine reports anti-Asian attacks in Australia, New Zealand, the United Kingdom, and Italy, as well.

On Friday, students from area high schools held a Zoom conference to share their own experiences and to plead for an end to anti-Asian hate.

All four of them are worried about the past year’s uptick in anti-Asian violence around the country.

“I’m quite upset and the fact of haw they dismiss it off of how he [the shooter] had a bad day,” Pham said, referring to the comment by Cherokee County Sheriff’s Office Capt. Jay Baker made during a news conference about the shootings. “And that brings no justice to the families of the victims.”

“To me, it was honestly just a big disappointment added on,” Helen said, “because it’s not like it’s the first time that something like this has happened. Because over the past year now, a lot of hate crimes against Asians have happened. But this one just felt a little more personal because it was in Georgia, and I just felt like it was so unfair to the victims, because he said that it was because he had a bad day. It doesn’t give him an excuse to kill someone because he had a bad day.”

The group Stop Asian Hate tracked nearly 3,800 hate incidents against Asians in the past year, according to NBC News. More than two-thirds of the victims were women. In an interview with NPR’s Ailsa Chang, Biola University sociology professor and author of Reel Inequality: Hollywood Actors and Racism Nancy Wang Yuen explained that Asian women are often targeted as fetishized sex objects. Law enforcement officers who interviewed the suspect in the spa shootings said he told them he had a sex addiction and that he was trying to get rid of his “temptation.”

“Blaming it on a sex addiction makes me enraged,” Van said, “because not only does it completely ignore the racist side of things, since six Asian women were murdered, it also stigmatizes mental health which is also a topic that I’m very passionate in. And stigmatizing addiction and sex addiction and linking it to murder, as people have been doing for as long as humanity has existed, just—it numbs me, essentially.”

Alicia said, “When I heard about the situation, I was really scared because it feels very close to home, and it reminded me of one of the other cases of–you remember the old man? Who was just minding his own business, like outside of his house, and someone pushed him, and then he passed? He was killed. I was really pissed at that, but this time, it’s like, oh my gosh. And I feel like that, a lot of people were really focused on–especially like the police, sheriff–was very focused on the guy, you know? With his excuse and everything? But then I saw the families struggling, like these two brothers, they lost their only mom, and they have to, like, get money. And they are. And they have to get money to live on their own because they have to move out. I’m just like, dang,” Her voice broke and she sniffled. “Losing your family member is really shitty. And these women, they work, like, their ass off coming here….It’s terrifying.”

Morrow is one of the largest Vietnamese communities in the United States and is home to Asians of many other nationalities, as well. The Clayton Crescent asked City Manager Sylvia Redic and Judges Ethan Pham and Jenny Ngyuen whether they had heard of any anti-Asian incidents in Clayton County. None had.

“We condemn, obviously, acts of violence against any group, not just the Asian group,” Nguyen said during an interview at the couple’s law office in Morrow, “and I hope that the investigations will be thorough, and swift, and actually we’ll have answers.”

She added, “It’s hard to say that it’s not a hate crime when it’s so specifically targeted, you know? You’ve heard people to say, ‘Well, he was having a bad day’ or whatever. Nothing can justify you going and shooting anybody, for that matter, and this one, I mean, there’s multiple people and most of the people that are dead are Asians. And these are Asian-owned businesses, so it’s kind of hard to say ‘Oh, it wasn’t targeted.’

“And so I have a hard time– not just me but a lot of maybe colleagues, friends that haver been talking about this, we have a hard time not calling it a hate crime. And I think that it should be called that way and it should be condemned, and obviously we need to stop it. Not just against Asians, but any group, for that matter.”

Pham said, “There’s a lot of pain and hurt in the Asian-American community right now and a lot of us are scared and uncertain of what’s going on, you know? A lot of us are worried about our security–and understandably so, right? I don’t know if the recent shootings have come about as a result of racial motives or racial animus–I’d like to withhold my judgement on that. But anytime you hear about a shooting is pretty scary.”

The attack has had a ripple effect, sending fear into the hearts of the community in general and its elders in particular.

“I talked to my parents,” Pham said, “well, Jenny’s parent’s, actually, they live in Clayton County, and they have expressed….”

“Concerns for their safety, you know, and reservations about going out into the community,” Pham added. “Like I said, anytime you hear about a shooting, given the backdrop of the rise in anti-Asian crimes all across the country, anytime you hear about stuff like that, it’s gonna give you pause and cause you concern. And so, even though we haven’t had any firsthand experience or we haven’t heard of any incidents here in Clayton County, we do hear from our parents that they have some concerns about going out and resuming their daily activities.”

“You feel uncomfortable doing what you would normally do,” Nguyen said. “You’d be more on alert.”

“I have a lot of emotions over this that all just goes down to a feeling of not being surprised, yet being surprised at the same time,” Van said. “Because stuff like this has been happening to the Asian community for more than a year. Like that Korean woman, a Korean elderly woman a few years back who got assaulted by police, that it was just barely ever reported on. So we’ve been facing violence for a hot minute now that has never been addressed or anything.”