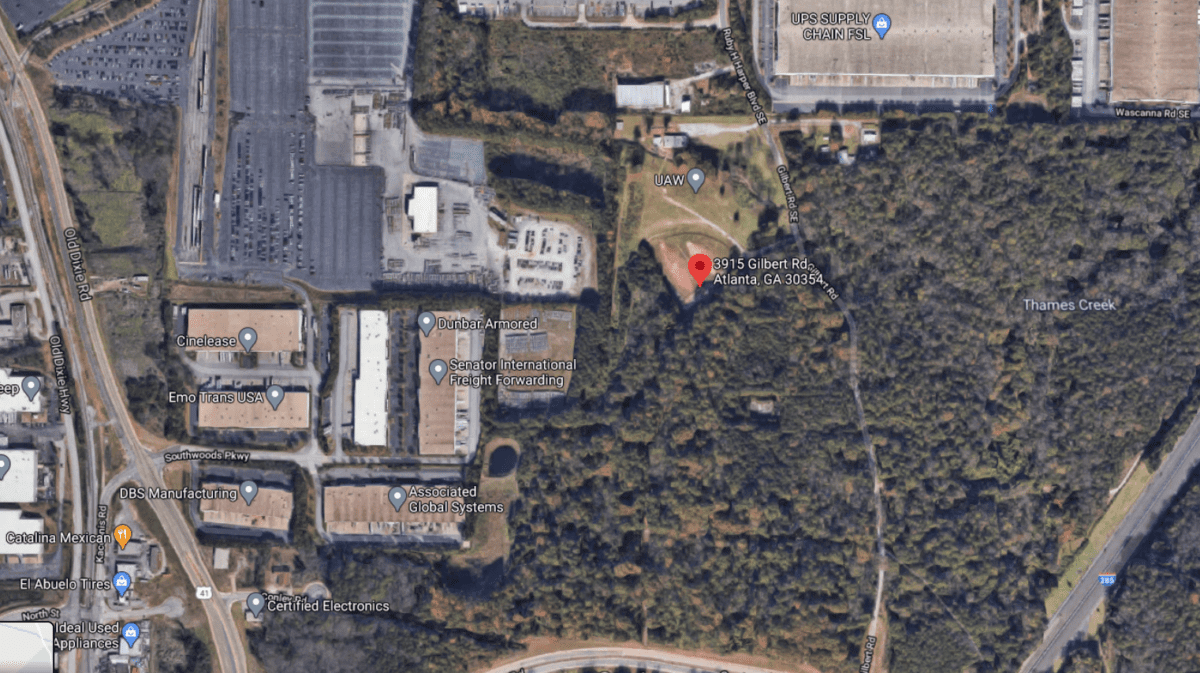 The Development Authority of Clayton County, also known as Invest Clayton, will bring new members on board at tonight’s 6 p.m. meeting, as well as discuss bond issues to expand the Clorox plant on Lake Mirror Road in Forest Park and refinancing for Clayton State University.

The meeting will take place at Lake City Community Center, 5471 Jonesboro Road in Lake City, and is open to the public. See the agendas for the regular sessions of the board, the Public Purpose Corporation II, and the executive session (the last is closed to the public by law):

Emma Godbee, an investment advisor and broker with St. Bernard Financial Services, nominated by Commissioner Gail Hambrick and seconded by Commissioner Sonna Singleton Gregory. She will take Randy Burton’s old seat; Burton remains on the board.

Lampl is notorious for pleading no contest to five charges he falsified fire reports after a grand jury indictment on charges stemming from substandard fire sprinklers in the failed Olde Towne Morrow development. In exchange three more serious charges of conspiracy, making false statements, and lying to the grand jury were dismissed. He completed first-offender probation, paid over $12,000 in fines and restitution, won the mayor’s seat with heavy backing from the Vietnamese community on a ticket with restaurateur Khoa Vuong and accountant Van T. Tran, and has made it his mission to bring the project back to life under the proposed moniker “The District.”

The new appointees will join returning members Herman Andrews, Jr., Larry Vincent, and Regina DeLoach. Helen McSwain resigned from the board in 2019; her seat remains open.

The regular session agenda lists reports from outgoing treasurer Jean-Claude Bourget, an update on the Invest Clayton Project from Vincent, the economic development strategic plan by Deloach, the bond documents for Clorox and Clayton State by attorney Michelle Youngblood, and an update on Workforce Clayton by Vincent. Nothing is listed under New Business.

The Public Purpose II agenda features a property management report from Richard Buckley, as well as information about a DNR lease, the 2021-22 annual budget, and the 2020 annual report.

The board also will go into executive session to discuss real estate, personnel, and potential litigation, followed by any consideration of items from the executive session that would need to be voted on when the board reconvenes.

According to the executive session agenda, Youngblood will update members on a memorandum of understanding involving 5711 Hwy. 54 (Jonesboro Rd). The site of a former Ingles, this property is across from the Kroger Shopping Center and next to the Walgreens in Lake City. Tax records show the county bought the $4.85 million, 7.12-acre property on February 21, 2017 through a quitclaim deed. While the value of the building has remained unchanged in online tax assessment records since 2013, the value of the land dropped to just less than half its assessed value between 2015 and 2016. In recent months, student drivers have been seen taking lessons in the empty parking lot.

Some critics have complained that they feel DACC is not transparent enough. Although DACC has been involved in some high-profile disputes in the past few years–perhaps the nature of the beast for a board whose Jon it is to close big bthat doesn’t necessarily mean an executive session to discuss those matters is illegal.

While executive session discussions are not open to the public, minutes of those sessions are mandatory and a judge can review them in chambers to determine whether or not the session should have been an open meeting. This allows elected boards some discretion in handling the details of its legal matters and real estate transactions, as well as of any issues with personnel. Georgia Open Meetings Law offers a remedy against elected boards conducting business in private that should be discussed in an open meeting.

For example, also on tonight’s executive session agenda is an update on a property on Gilbert Road in Mountain View. The minutes don’t specify the exact location of the property. In 2008, the Board of Commissioners passed a resolution agreeing to reimburse the company $1.3 million for acquiring easements and rights-of-way “from the creation of a future Tax Allocation District…and issuance of TAD bonds or from funding through the Georgia Regional Transit Authority (“GRTA”), the Georgia Department of Transportation (“GDOT”), or other methods through which the Developer may be reimbursed with public funds.” Then-Commissioner Michael Edmondson wrote “(Against)” next to his name on the resolution. Other commissioners signing the document were Chairman Eldrin Bell, Sonna Singleton, Virginia Burton Gray, and Wole Ralph. In January 2019, the company and several other property owners filed suit against Edmonson and Clayton County following a zoning moratorium the BOC had passed 3-2 in December 2018.

Several entities own property on Gilbert Road, a heavily-wooded tract in the heart of Mountain View just east of Hartsfield-Jackson Atlanta International Airport:

Interested parties can attend the meeting in person. No information regarding any online participation appeared on the agendas.