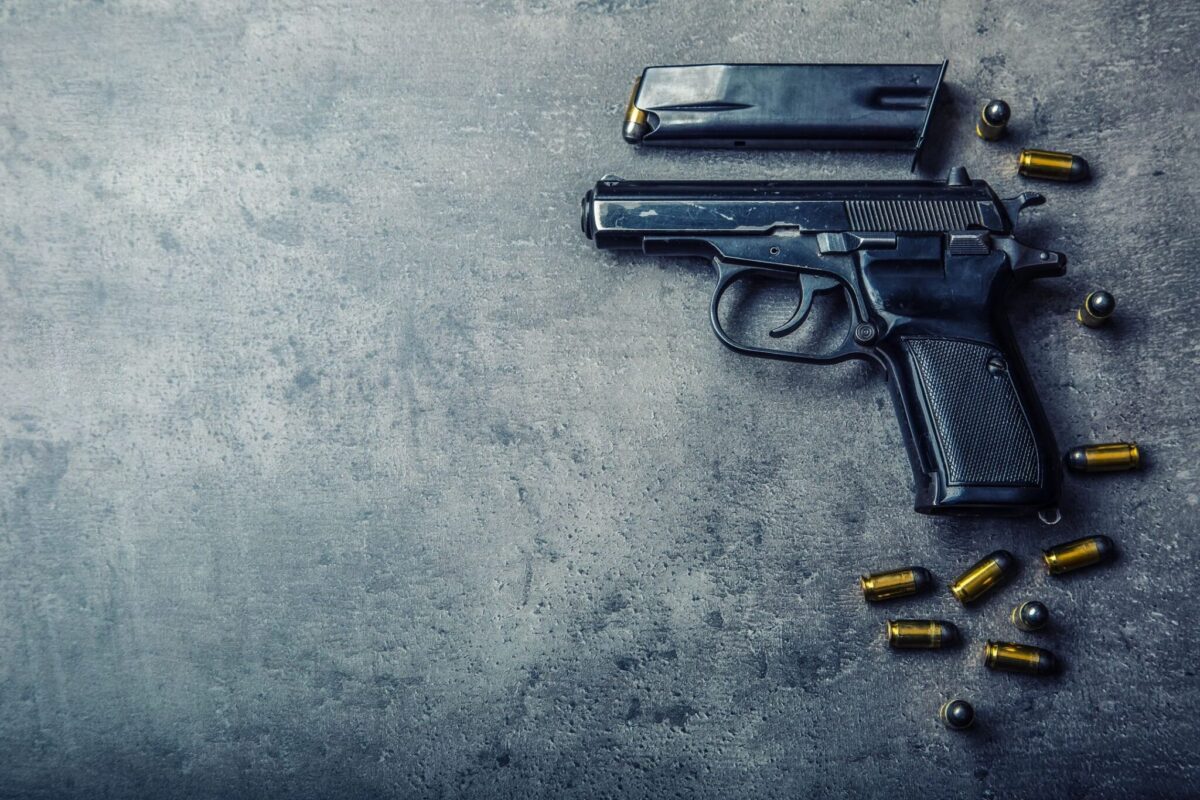 Clayton County Police say a man is hospitalized after someone in another car shot him on I-75 early Friday morning. The Morrow shooting is one of a rash of similar incidents in 2021–some involving gunfire on the interstate, others apparently accidents from people with gunshot wounds trying to drive themselves, not all of which are related, according to police.

CCPD responded to the area of I-75 South at Mt. Zion Boulevard at 1:58 a.m., where they found the man suffering from a gunshot wound.

Police say someone in a sedan fired a shot at the man’s pickup truck. They say the bullet went through the back window and struck the man.

CCPD says the investigation is ongoing as of press time. Anyone with information about the incident is urged to call Crime Stoppers at (404) 577-TIPS (8477).

Several other shootings have added even more risk for drivers on metro Atlanta interstates in recent weeks:

Last July, on Old Dixie Highway at I-75 in Forest Park, Mary Lorraine Ridenm 35, of Atlanta was shot dead after a road rage dispute with a carload of other women. The argument had started in the parking lot of Arrowhead Shopping Center on Tara Boulevard.

And then there was the widely-publicized May 7, 2019 incident in which Hannah Payne followed Kenneth Herring, 62, who EMS and detectives say apparently was having a health crisis, then fatally shot him while attempting a citizens arrest. Payne followed Herring for about a mile to Riverdale Road and Forest Parkway after he had struck another vehicle. Payne was first denied, then granted bond, rearrested, and granted bond a second time; she was subsequently denied a modification of her bond July 23, 2020 and remains free as of press time.

While not all of these incidents may not have been directly traffic-related–for example, a dispute or shooting that took place before the driver got on the interstate–it is possible that road rage could have played a role in some.

The Clayton Crescent asked the Georgia Bureau of Investigation whether it had data for road rage incidents involving firearms on Georgia interstates. Spokesperson Nelly Miles said the GBI does not track that information. A check of the Governors Office of Highway Safety and Georgia State Patrol websites turned up no readily-available statistics on interstate shootings in metro Atlanta, either.

Metro Atlanta in general and Clayton County in particular are waypoints on the “Iron Pipeline,” the route up the East Coast for illegal trafficking in firearms. I-95 is also part of the Iron Pipeline. Law enforcement officials say Jonesboro’s Arrowhead Pawn Shop has been one of the nation’s busiest points of sale for numerous firearms that later turned up at crime scenes in other states. While a gun may be bought legally there, what the new owner does with the gun can be anybody’s guess. The new owner of the firearm may sell it to someone who is ineligible to buy it in a “straw purchase,” or the gun may be stolen from its rightful owner. And ATF records show that many guns used in crimes were handed around or sold for a few years before being traced back to their source. The most infamous case was that of two New York Police officers shot dead at point-blank range in December 2014 with a gun traced back to Arrowhead Pawn. That gunman also had shot his girlfriend in another state and fatally shot himself.

Another factor in the current rash of interstate shootings may be the recent increase in gun sales over the past year. Second Amendment advocates say that a gun in and of itself cannot shoot someone unless a person handles (or mishandles) it. However, many more new firearms owners, many of whom lack any formal training in firearm safety, and more firearms in circulation also means more firearms in more places–including the interstate.

While not all gun owners manage their firearms irresponsibly, Georgia has no training requirements for gun owners. Georgia Weapons Carry Licenses are only required allow for open carry. No license is required in Georgia to carry a firearm in your personal vehicle. No classes are required for new or prospective gun owners in Georgia–classes that might teach gun owners how to avoid situations that could escalate, put them in jail, or kill them or someone else.

Chances are good that drivers around you may be carrying firearms on metro Atlanta interstates. Alabama, Florida, North Carolina, South Carolina, and Tennessee, all of which share borders with Georgia, also share reciprocity agreements that allow gun owners in those states to carry legally in Georgia. Georgia has reciprocity agreements with 32 states and legislation is pending this session at the Capitol to allow anyone with a weapons permit from any other state to carry legally in Georgia. House Bill 218 passed 103-26 with 2 absentions and 6 excused on February 25.

Firearms experts counsel gun owners to avoid situations that may escalate into violence as the first method of self-defense. “AVOID the situation, even Road Rage, before it starts if at all possible,” wrote instructor Ben Findley in a 2017 USA Carry article on road rage aimed at gun owners. “Remember, you are probably going to have to justify and show your actions and use of force were absolutely necessary. If there is an aggressive, inconsiderate jerk-driver, drive away from them, retreat, do not engage them…. You must make every attempt to NOT present your gun, unless your life is threatened or you could be seriously injured.”

Findley said drivers should leave the area safely if at all possible. “Do not stop your vehicle. Do not get out of it. Do not fall into the ‘trap’ of the aggressive driver who is luring you into the ‘fight’ and baiting you to demonstrate an equally-abusive and inconsiderate behavior. Do not be intimidated. Relax, keep your cool, and remain calm!….It is not a matter of your virility, pride, toughness, or expertise with a gun. Remain calm, cool, and collected. Be disciplined and in control.”

Findley suggests driving to a nearby police station or calling 911 “as the victim” and waiting for police to arrive if an aggressive driver tries to pick a fight with you.