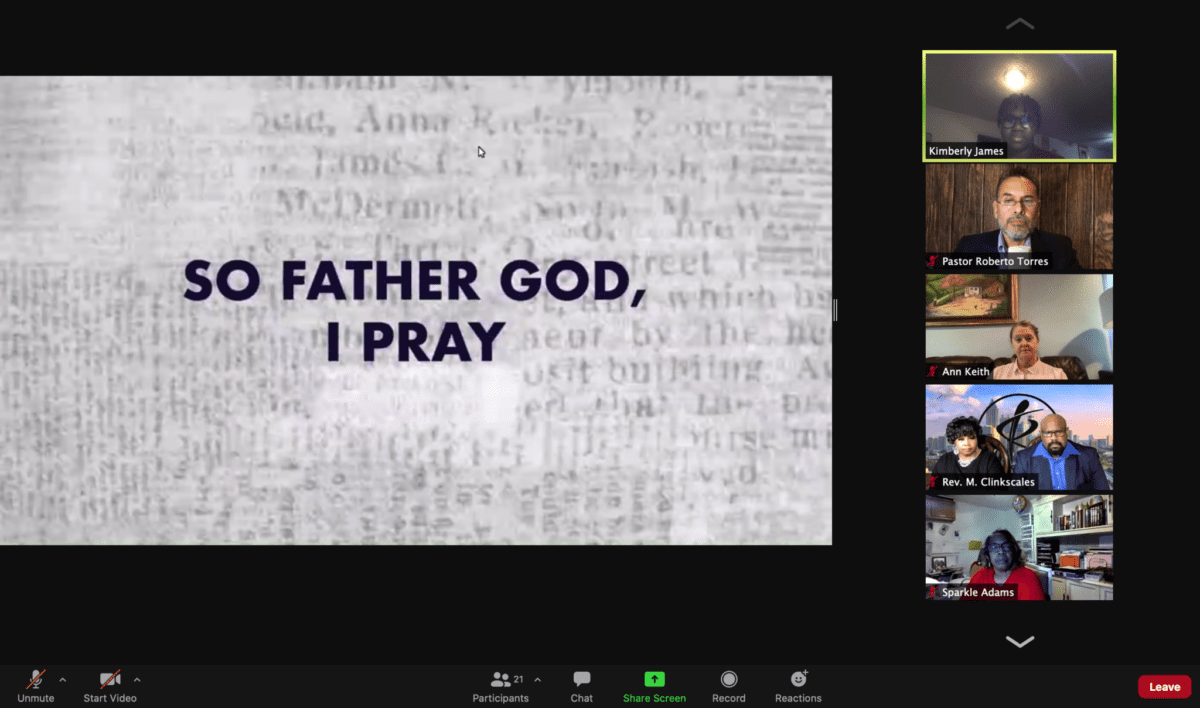 The First Amendment of the U.S. Constitution begins, “Congress shall make no law respecting an establishment of religion.” That didn’t stop the City of Forest Park from using its official website–and Councilwoman Kimberly James from using a Clayton County Public Schools e-mail address–to promote a Christian-only event billed as “Unity in the Community” March 4.

The Clayton Crescent asked James whether representatives of faiths other than Christianity had been invited to the events. James did not respond by press time.

Below is an audio recording of the event. The first few minutes, including remarks by James and a religious music video she provided to those present on the Zoom call, were not recorded:

Despite the fact that Forest Park contains a diverse faith community, the event not include clergy from Buddhist, Islamic, non-mainline religions, or atheists. Even if it had, the city may have broken the law, according to Ian Smith, staff attorney for Americans United for Separation of Church and State.

“They can’t sponsor or host religious events,” Smith told The Clayton Crescent. “Getting a bunch of Christian faith leaders together to talk about non-religious concerns is fine. Sponsoring what is essentially a prayer meeting or lending the government’s support to a group of pastors telling citizens that the path to community healing is attending their churches is not.”

Smith pointed to Newman v. City of East Point, a 2002 case in which a federal court “struck down as unconstitutional a Georgia city’s involvement in a ‘Mayor’s Prayer Breakfast.’ The breakfast was put on by a private group, but the city printed fliers for it, issued press releases about it, and solicited and disbursed money for it, all using city employees and equipment.”

Smith added that the case “looks like it has very similar facts” and that it was “directly binding legal precedent for [Forest Park].”

Other cases about church-state separation include:

Should cities and other governmental entities make sure that non-Christians and secular communities are represented in city-sponsored events?

“Ideally, yes,” Smith said. “More representation is always better because it is more inclusive of the entire community and it prevents the government from looking like it only cares about Christian viewpoints.”

However, government-sponsored events cannot include telling people how or to whom to pray — or to pray at all.

Mayor Angelyne Butler told those present, “This was so needed,” adding that she doesn’t consider herself very religious, but that she has reached out to these pastors about things that are “so unnatural” and that “we need these more than we need council meetings, maybe pre-council meetings.”

Councilman Hector Gutierrez said, “It was beautiful to hear all the positive messages” and that he hoped others would hear the videorecording. “This is the work of God and we just have to keep moving forward.”

Gutierrez asked James how she put her faith into practice in her work for the city.

“With that role of servanthood, as I’m inspired to do things, I just do it,” James said.

Learn more about interpretations of the Establishment Clause of the First Amendment, which prohibits the government from advocating that people follow a particular religion, from The National Constitution Center.