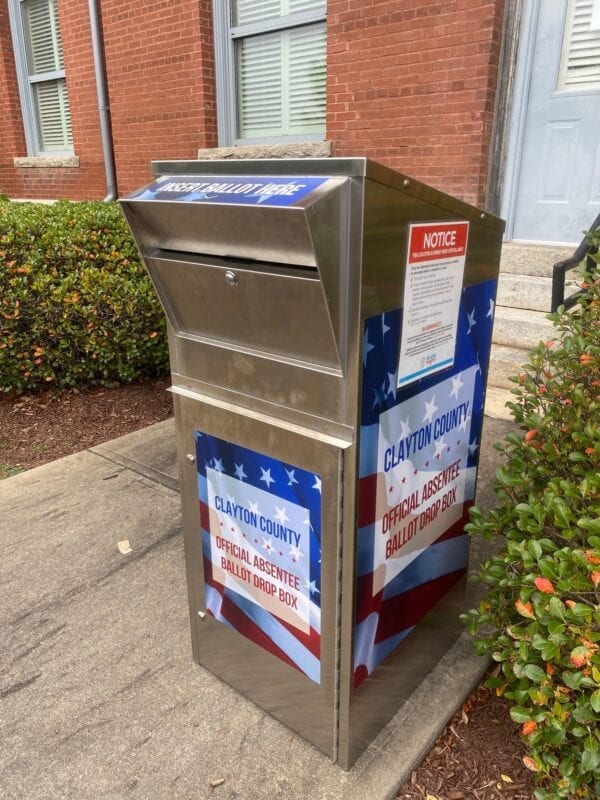 The Georgia Assembly is all but set to pass sweeping changes to Georgia election law that would eliminate Sunday advance voting, require absentee ballots to be returned sooner, get rid of absentee ballot boxes, and force voters who want to apply for an absentee ballot to send in photocopies of personal identifying information.

The changes were pushed through a Republican-majority House Special Committee on elections that member Rep. Rhonda Burnough said she would not call by its official name–the House Special Committee on Election Integrity–because, in her opinion, the title does not reflect reality. Both Burnough and Rep, Demetrius Douglas (D-78, Stockbridge) are members of the special committee. Burnough previously told the Clayton Crescent that House Republicans had promised to hear out the minority, but instead sdhowed up with a stack of bills they quickly passed out of committee.

Because the Georgia Assembly has a Republican majority in both the House (103 Republicans, 76 Democrats) and Senate (34 Republicans, 22 Democrats), it is likely that the GOP-sponsored bills will pass, forcing opponents to challenge them in the courts. The legislative session runs through April 2.

In Clayton County, Burnough is holding a Zoom meeting at 6 p.m. Monday to discuss the legislation with voters.

“These measures, in our opinion, are not based on any objective, data driven, evidence-based assessment of the issue ,” Smith said, “but solely with the intention to undermine Black voters and other communities of concern.

“To date, there has been no substantive information provided to warrant such drastic action nor have we received any indication as to what implementation will cost our counties. We do not even have clarity if these measures pass state and federal constitutional muster. As a committee, we are in agreement that these bills are a blatant attempt to ensure that the 2020 election cycle was an aberration and not a reflection of our political future – future where Black voters will be prominent and relevant.

“Moving forward, we intend to aggressively oppose legislation that undermines Black voter participation, while being equally aggressive in our support of measures that advance the democratization of our elections.”

The Clayton Crescent has been compiling plain-language explanations of each bill all night. Although the list is in progress, we are releasing it now, given the importance of the issues around voting rights and ballot security, as well as high voter interest. We are turning out an explanation of each bill as quickly as possible, as well as the names and photos of cosponsors.

We wanted you to have access to what is already done, given the importance of the story. If you click on a link and see no information, don’t worry–we’re working quickly to get it to you as soon as possible.

Here is a master list of election law-related bills from the Georgia Assembly. All bill statuses were current as of press time but could change at any moment.

Check for updates on the bill’s status by looking below the bill’s “caption” (title) at https://www.legis.ga.gov/legislation/all. Another way to track individual pieces of legislation is through https://legiscan.com.

Click on any bill number for a plain-language explanation of the legislation, links to the text of the bill, and who cosponsored it.