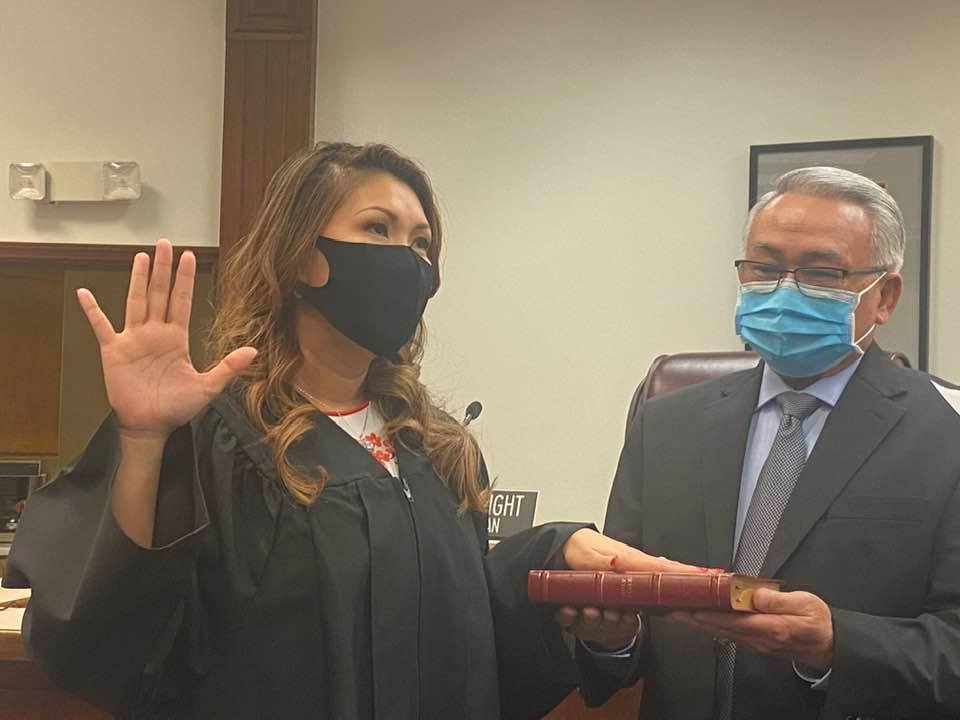 Attorney Jenny Nguyen made history February 9 as she took the oath for associate judge in Morrow.

She is married to Judge Ethan Pham, who was Morrow’s first Vietnamese-American judge. The two are also law partners with an office in Morrow.

Nguyen earned her bachelor’s of business administration with a real estate concentration from Georgia State University and her J.D. and M.B.A. with honors from St. Thomas University in Miami. She earned both her advanced degrees in two and a half years.

Her background is in real estate law and closings; family law and bankruptcy; and immigration law, especially deportation proceedings. According to Nguyen’s bio on her firm’s website, “Having been through the immigration process herself as an immigrant to this country, she deeply understands the plight of her immigration law clients, and this enables her to become an excellent advocate for them.”

Nguyen was named one of Georgia Asian Times’ 25 Most Influential Asian Americans.