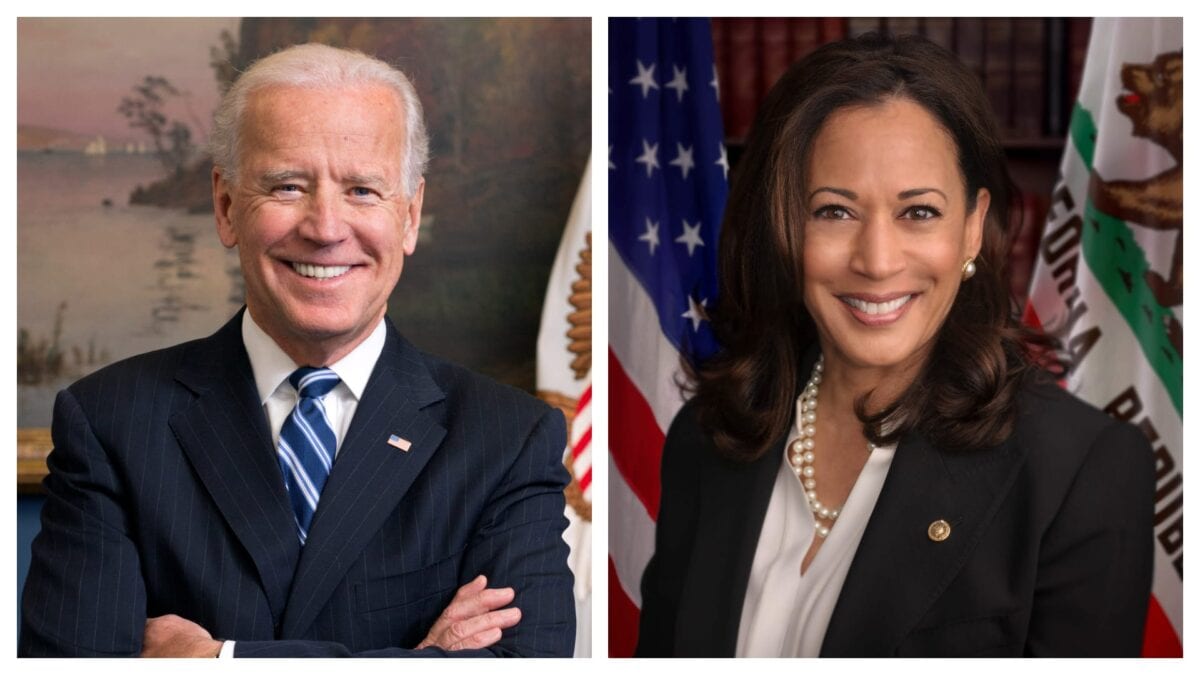 Two weeks to the day after former President Donald Trump incited a mob of supporters to take over the Capitol, President Joseph Robinette Biden and Vice-President Kamala Harris each took the oath of office on the very site of the insurrection.

Notably absent from the ceremony was Trump himself, who left the White House at 8:17 a.m., flying by Marine One to Andrews Air Force Base. There, he addressed a small group of loyalists. Trump had ordered himself a 21-gun salute and, after departing from a prepared script and calling up former First Lady Melania Trump to say a few words to the crowd, exchanged cheek-to-cheek kisses with family members before climbing the steps of Air Force One for the last time. The family followed and were whisked off to Florida, landing at Palm Beach International Airport around 11:15 a.m. The Palm Beach Post reported that Trump supporters, including Proud Boys and people “holding signs and t-shirts with profanities and vulgar phrases” had lined the motorcade to cheer the former President’s arrival.

At that moment, Biden and First Lady Dr. Jill Biden walked into the Cathedral of St. Matthew the Apostle to attend Mass. Biden is the second Catholic President, the first having been President John F. Kennedy. Senate Majority Leader Mitch McConnell and his wife, former Secretary of Transportation Elaine Chao, were spotted in the pews; Biden had invited members of Congress to join him.

The only representative of the Trump administration on hand was former Vice-President Mike Pence, who broke with Trump after the Capitol insurrection had placed him and his family in imminent danger.

Pop icon Lady Gaga , dressed in black and red with a large golden peace dove pinned to her chest, sang the National Anthem.

Supreme Court Chief Justice John Roberts swore in the 46th President at 11:48 a.m. Biden took the oath on a family Bible, embossed with a Celtic cross, that has been in his family since 1893.

Jennifer Lopez sang a medley of “This Land Is Your Land”and “America the Beautiful,” breaking into Spanish to say “libertad y justicia por todos!”–“liberty and justice for all!”

In his inaugural address, Biden issued the traditional call for unity, but with a rare sense of urgency:

After Biden’s speech, Garth Brooks removed his cowboy hat and, introduced by a lone Marine trumpeter, sang “Amazing Grace” a cappella. Brooks then asked all present and those watching on TV to sing along. He shook hands with Biden, Harris, and Pence, then hugged the former Presidents and First Ladies, then ran up the stairs.

Amanda Gorman, the country’s first National Youth Poet Laureate, performed the inaugural poem in her distinctive style, arms flowing along with her lines, drawing approving nods from Harris and others in the audience:

Amanda Gorman: "We've seen a force that would shatter our nation rather than share it. Would destroy our country if it meant delaying democracy. And this effort very nearly succeeded. But while democracy can be periodically delayed, it can never be permanently defeated." pic.twitter.com/h0UfgW0ujZ

Read an analysis by the Associated Press’ Julie Pace of what President Biden faces: https://apnews.com/article/joe-biden-inauguration-analysis-fcf41b3d6d3a42ad7e710450296d5baf

Visit whitehouse.gov for official updates on the Biden-Harris administration.