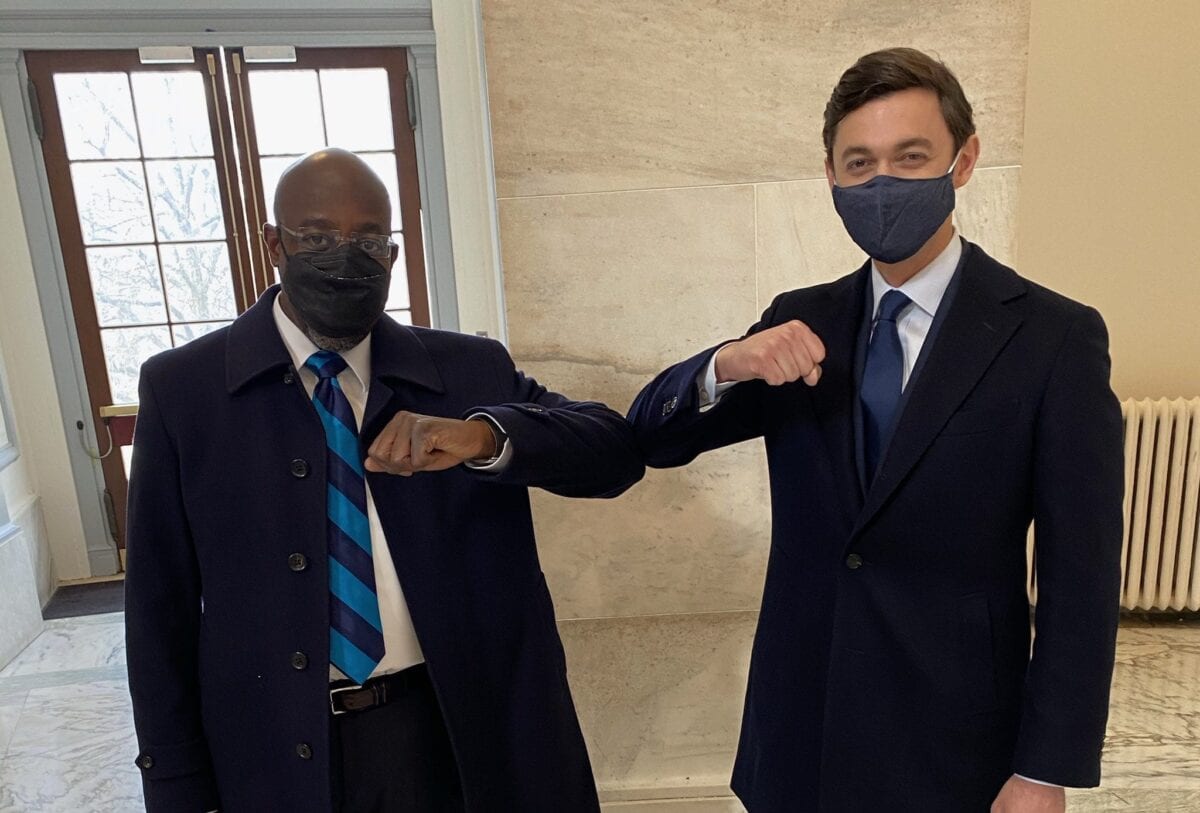 For the first time, a Jewish person and an African-American will represent the state of Georgia in the United States Senate.

Vice-President Kamala Harris will swear in both Jon Ossoff and Rev. Raphael Warnock at 4:30 p.m. The State of Georgia certified both men as the winners of the January 5 runoffs.

You can watch the ceremony live on C-SPAN.org if you’re away from a television:

Ossoff , the first Democrat to represent Georgia since 2003, after Sen. Max Cleland lost to Sen. Saxby Chambliss, will take the oath of office on a copy of the Torah. The sacred book is on loan from the family of the late Rabbi Jacob Rothschild, who led early interfaith and integration efforts in Atlanta. On October 12, 1958, The Temple bombing did significant damage to the building but fortified interfaith efforts in the city that continue to this day.

Warnock is pastor of Ebenezer Baptist Church and preaches from the same pulpit as the late Rev. Dr. Martin Luther King. Warnock has said he wants to continue preaching at Ebenezer during his Senate term.