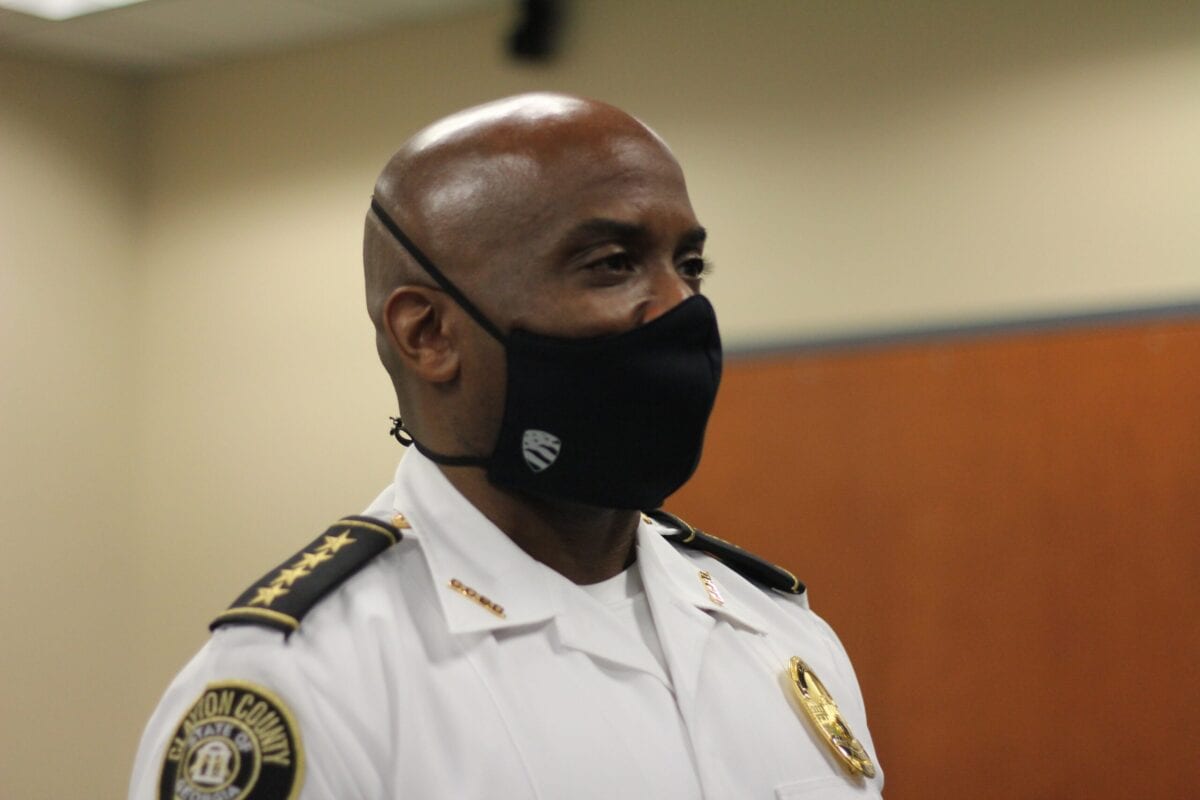 The streets of Clayton County are quiet following a day of insurrection that saw a mob of thousands of Trump supporters smash windows, loot public property, and exchange blows with Capitol Police. The riot brought a joint session of Congress to a halt as they were in the process of certifying the Electoral College results from the November 3 Presidential race. An officer fatally shot a Trump protestor who witnesses say was trying to climb through a window that had been smashed in inside the Capitol.

Clayton County Police Chief Kevin Roberts told The Clayton Crescent that county law enforcement officials are on heightened alert: “I have placed our specialized units on standby. We are monitoring social media platforms for any indicators of potential activity. CCPD and CCSO have increased patrols around key locations such as the courthouse and government buildings.”

The increased police activity follows local incidents related to the backlash against the certification of the Biden-Harris Electoral College win.

Late Thursday, Georgia Secretary of State Brad Raffensperger announced that the Georgia GOP and the Trump campaign had voluntarily withdrawn its lawsuis filed in Cobb and Fulton Counties, as well as in the Georgia Supreme Court and the U.S. Northern District of Georgia. Those suits had alleged various irregularities with elections in Georgia.

“Rather than presenting their evidence and witnesses to a court and to cross-examination under oath, the Trump campaign wisely decided the smartest course was to dismiss their frivolous cases,” Raffensperger said in an announcement:

On Wednesday, Raffensperger had sent a letter to Sen. Kelly Loeffler, Rep. Barry Loudermilk, and Rep. Jody Hice urging them not to oppose the Electoral College votes.

Loeffler, who had appeared with Trump the night before the Senate runoff election and who had said she would oppose certification of Georgia’s Electoral College votes, reversed course Wednesday night after the assault on the Capitol.

“I cannot now, in good conscience, object to this certification,” Loeffler said in a speech after the joint session of Congress reconvened:

On January 3, as Clayton County Elections and Registration officials were making the rounds to pick up ballots from official county ballot boxes after 7 p.m., sources say, they were being followed by people who were credentialed as Georgia GOP field staff. The incident was reported to Clayton County Police, who responded to the scene. According to one source, investigators with the Georgia Secretary of State’s Office were brought in. The Clayton Crescent has filed an Open Records request with CCPD seeking details on the incident.

Clayton County Chairman Jeff Turner told The Clayton Crescent that he and Roberts had spoken yesterday “when all the stuff at the Capitol was going on. We discussed an action plan that we always have on the table.”

Saying he was not criticizing what law enforcement had done in D.C., Turner added, “What happened in D.C. was the police got caught flat-footed. That’s unacceptable. Especially when they had two to three weeks advance notice of a Trump rally, which historically are known to be violent.”

Turner said that, as of press time, “There is no credible threat, but if something should come up, the chief has a plan already in place. Our Special Operations Division is ready to roll if something should happen. Again, we have to be vigilant around our government buildings, especially both the courthouses.”

While Turner said there have been no problems of that nature, “we don’t want to take that for granted.”