The morning after: What happens next with elections? 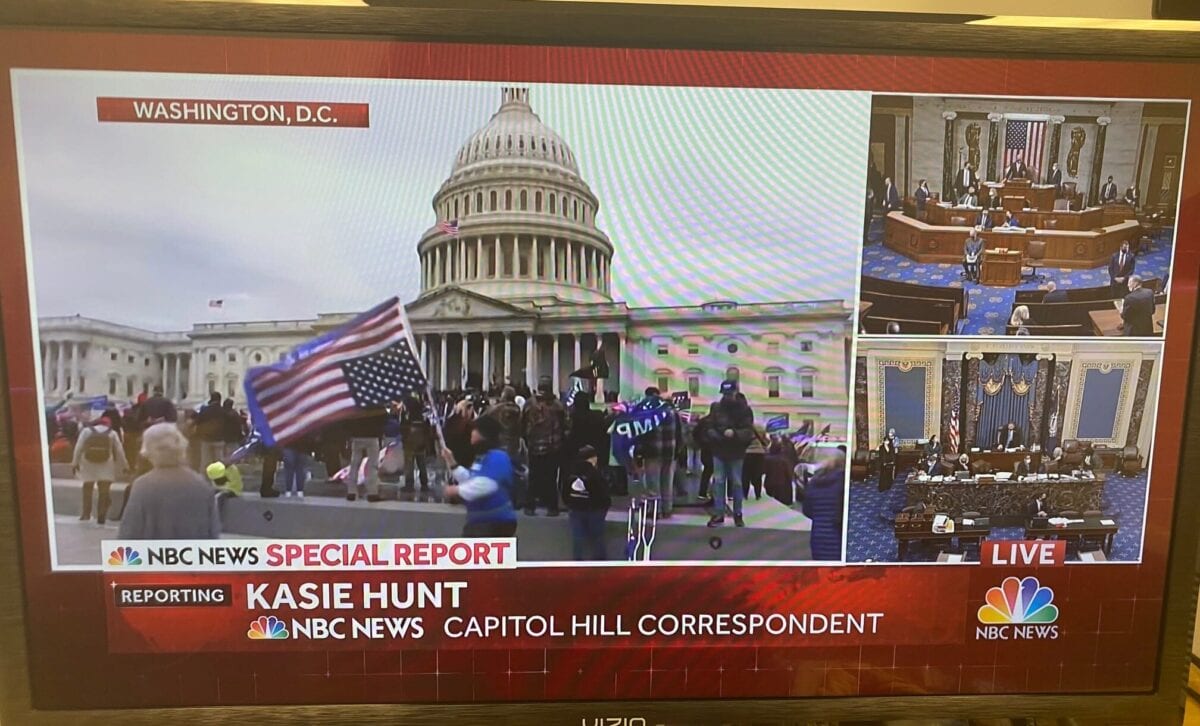 UPDATE 6:41 p.m.: A woman shot inside the U.S. Capitol during a violent insurrection this afternoon has died, CBS reports.

UPDATE 6:07 p.m.: The Associated Press has declared Jon Ossoff the winner in the U.S. Senate race for the seat held by David Perdue.

The Clayton Crescent saw very light traffic throughout the county, with the exception of a multi-car accident in Riverdale that shut down all northbound lanes of Georgia Hwy. 85 this afternoon. At least two people were injured. Calls and a visit to U.S. House Rep. David Scott’s office in Jonesboro turned up no staff. A check of government buildings around the county turned up no signs of protest or unrest.

As of 1 p.m. on Wednesday, January 6, razor-thin margins in the two U.S. Senate races await any final absentee, military, overseas, and cured ballots. Republican House and Senate members are objecting to certification of Electoral College votes from Arizona and the joint session has been suspended for two hours of debate in the full House and Senate. Gabriel Sterling, Georgia’s voting system implementation manager, overnight pronounced both Sen. Kelly Loeffler and David Perdue “in trouble.” Several news organizations have declared Rev. Raphael Warnock the winner over Loeffler; John Ossoff and Perdue remain tied at 50 percent; and thousands of Trump supporters have gathered in Washington, where the leader of the Proud Boys was arrested for carrying a weapon and banned from the District of Columbia. And both Vice-President Mike Pence and Senate Majority Leader Mitch McConnell have bucked the president’s insistence that he did not lose the November 3 election.

It’s been a long night.

Closer to home, the Associated Press has declared Lauren “Bubba” McDonald the winner in the Public Service Commission runoff, edging Blackman 51 percent to 49 percent. Blackman had campaigned on a platform of clean energy and consumer protection.

The Clayton Crescent is looking into a tip that individuals who possessed what appeared to be Georgia GOP field staff credentials allegedly had followed Clayton County Elections and Registration employees who were picking up ballots from county ballot boxes in Forest Park:

The incident would have taken place sometime between 7 p.m. and 8 p.m. Tuesday. The Clayton Crescent asked the Forest Park Police Department about the claim, but was told FPPD had had “no calls like that all day.” We called the Clayton County Police Department last night to ask whether they had responded to such an incident in unincorporated Forest Park; they also could not confirm at the time and we’ve asked for a follow-up. We’ve asked the Georgia GOP to confirm whether any of their field staff were detained by police in Forest Park last night and we’ve left a message with the Secretary of State’s Communications Office also seeking confirmation.

Several Democratic and Republican observers were at “The Bunker” watching county election returns, the same ones on the Secretary of States website, projected onto a screen in the same room where county elections workers had counted absentee ballots on Nov. 3. Most did not wear the badges the county Elections and Registration Office had printed for them and would not identify themselves.

Stay with The Clayton Crescent for developments.