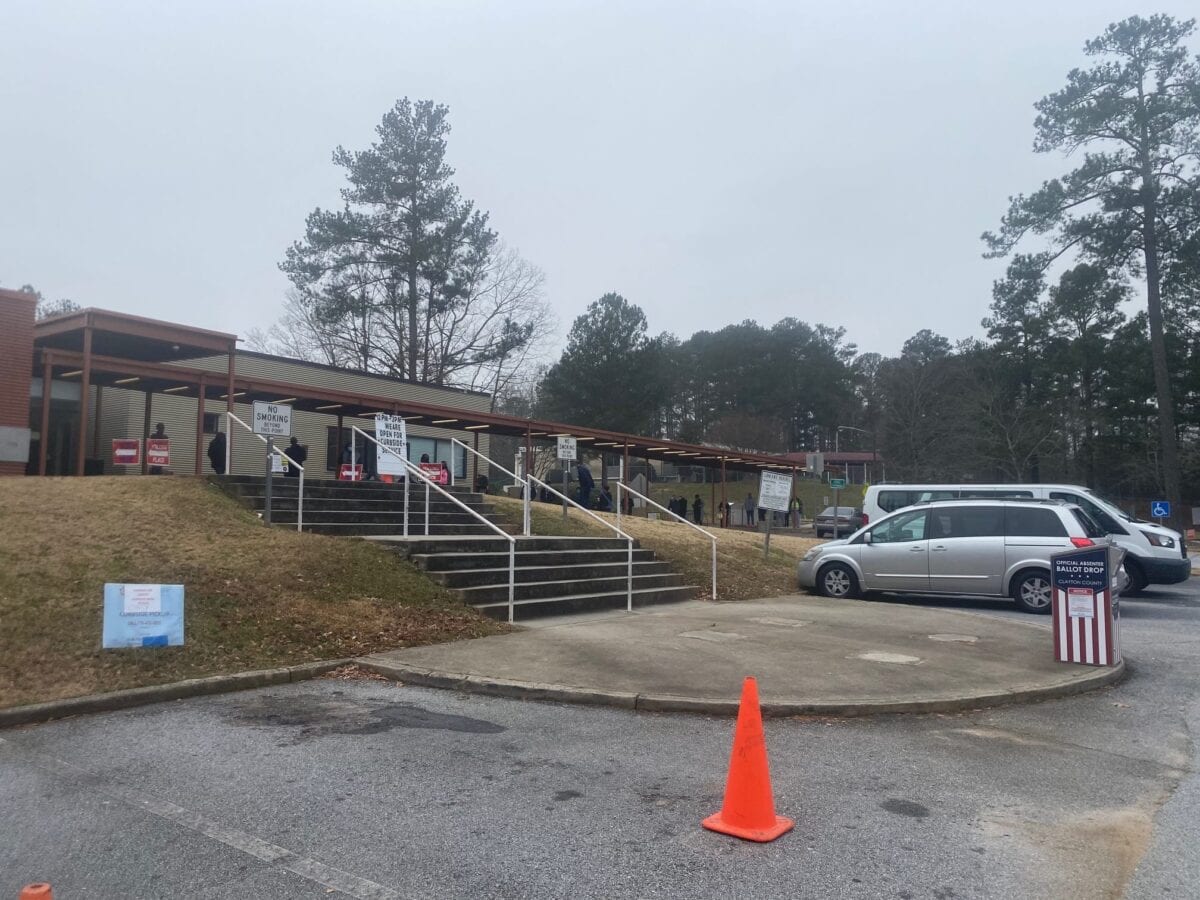 Three races are on today’s ballot:

You can find your polling place by logging into the My Voter Page at mvp.sos.ga.gov or you can check out this list with clickable maps from the Clayton County Board of Elections and Registration: https://www.claytoncountyga.gov/government/elections-and-registration/precincts.

Getting out the vote in Clayton

On Monday, the Senate campaigns brought their messages to voters in a series of high-profile rallies. In Riverdale, Warnock made a stop at a last-minute drive-in rally at Charles Drew High School. The crowd was relatively small but enthusiastic as Warnock poured out his oratory skills before a large news media presence. Mayor Evelyn Wynn-Dixon introduced Warnock after a string of brief remarks by some of Clayton County’s top political leaders, among them Forest Park Mayor Angelyne Butler, Commissioner DeMont Davis, and Chairman Jeff Turner. Warnock then rushed to another rally near Georgia State University Stadium with President-elect Joe Biden and fellow Democratic Senate candidate Jon Ossoff.

Perdue has been on the sidelines the last few days as he and his wife are in COVID-19 quarantine.

In Dalton, Republican Senate candidate Kelly Loeffler got some help from President Donald Trump, drawing a large, not-socially-distanced crowd. Trump upstaged Loeffler, running through a litany of his favorite phrases from the 2016 campaign. Mentioning former Secretary of State Hillary Clinton elicited chants of “Lock her up!” from the crowd. He also took several swipes at Georgia Secretary of State Brad Raffensperger and Gov. Brian Kemp, fellow Republicans who Trump excoriated while repeating unfounded claims of election irregularities.

While the PSC race has gotten much less attention, Blackman gave a speech over the weekend at a Hampton rally put on by Clayton County and Georgia Democrats and the Ossoff and Warnock campaigns. Better than 200 people turned out for the event, which also featured musical acts and appearances by “The Wire” cast members, V-103’s DJ Greg Street, and talk show host Roland Martin. Blackman told voters that Georgia has some of the nation’s highest electric bills and that clean energy like solar could cut down on pollution that affects Clayton County’s children.

Clayton County Republican Party Chair Garrett Ashley said his troops have devoted their energies to phone banking and canvassing out of the Morrow office, with assistance from the state GOP. “As for campaign events, we’re partnering with surrounding counties,” he said. “A large, high-profile in-county event was not in the best interest of our voters and members, as a majority of them are elderly and at-risk, but we have been having periodic meetings to encourage members and give directions and supplies for all of our January 5 activities.”