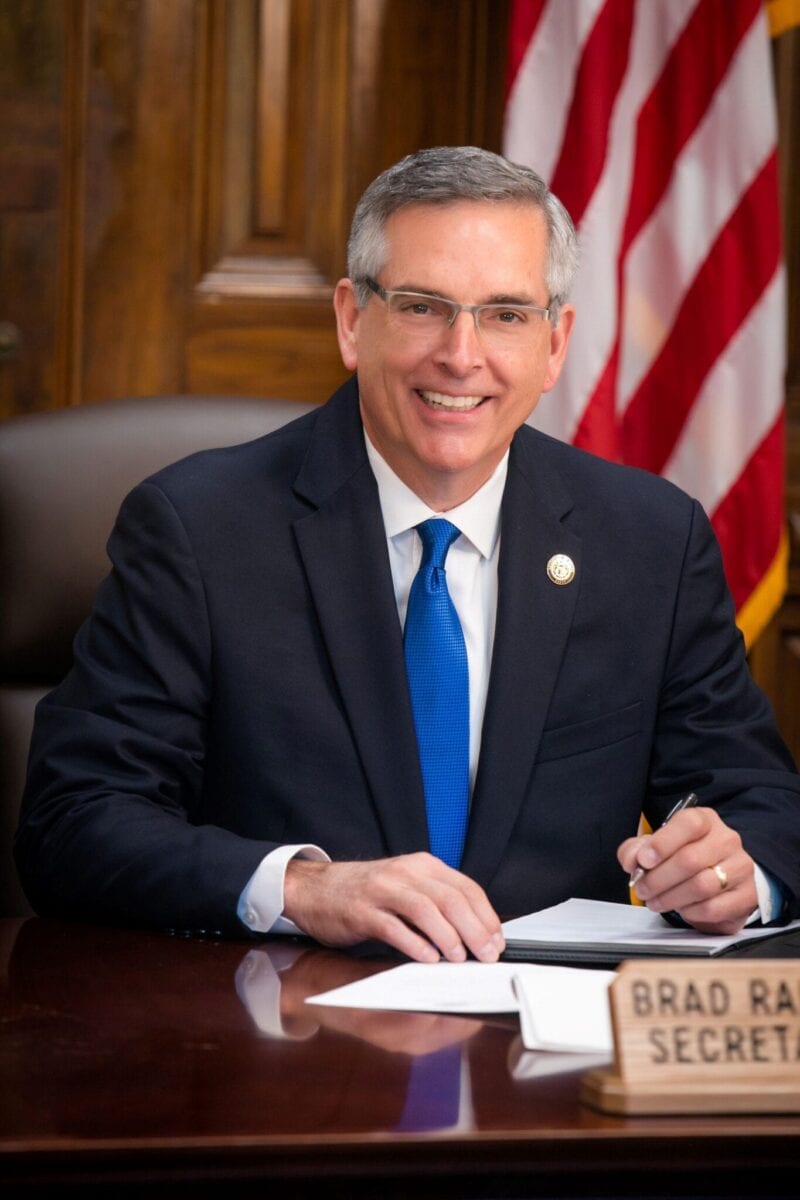 GOP scrambles over Presidential numbers ahead of Congressional certification Jan. 6

The Clayton County Board of Elections and Registration has released its final figures for early voting in the U.S. Senate and Public Service Commission runoffs.

The numbers are unofficial until certified by the Board of Elections and Registration after the January 5 election.

The Board of Elections and Registration held a special called meeting on December 22 “to consider challenges for probable cause.” The challenges came after GOP election observers had made allegations of fraudulent ballots and counting procedures without producing evidence to substantiate those allegations. Those allegations began on Election Day. At that time, The Clayton Crescent directly asked several observers and an attorney with the Trump campaign to describe what specifically they had observed. All refused to comment.

On December 11, Clayton County Republicans alleged on Facebook that 28,000 voters in Clayton County had moved and that they should be removed from the rolls:

On December 12, the Clayton County Republicans repeated on Twitter that 13,000 Clayton County voters “were listed as having moved” but did not specify whether those who had moved also had updated their registrations:

112k ballots cast on November 3rd.
13k of those who voted are listed as having moved.

More than 10% of Clayton’s votes should be nullified for invalid Voter Registration. #FairElectionsMatter@GaRepublicans @DavidShafer @GaSecofState

CCGARP pointed to a screenshot from “GOP Data Center,” which, as proprietary software, does not indicate its dataset sources and is not accessible to the general public:

Three different people each presented a different set of residency challenges to the Board of Elections and Registration:

It’s not clear whether this represents a total of 14,378 separate voters alleged to have residency issues or whether some of the voters in these challenges overlap in two or three of the challenges presented.

A blog called The Georgia Peanut Gallery, which says it’s “a non-partisan partnership made up of civil rights organizations and people dedicated to ensuring and promoting fair, transparent, and accessible elections for all Georgians” and displays logos of the ACLU of Georgia and The New Georgia Project, published what appear to be notes from a volunteer who monitored the meeting. (Common Cause of Georgia also says it’s involved in the blog.)

According to those notes, neither Ashley nor Cowan-Keane attended the meeting but Ashley did submit a letter detailing his complaint. Chisholm failed to present evidence to back her residency challenge and said it was “the board’s job” to prove her allegations:

Garrett Ashley: Not able to personally attend but left a letter of probable cause.

As she [sic] is not able to attend this case should be dismissed, correct?

We had no response in our attempts to reach the challenger.

Motion is made to dismiss this case

Challenge #3: 1,274 voters who have registered a change of address according to the national registry are being challenged.

Patricia Pullar: Mam this is an attempt at wide scale voter suppression. This list has no basis.

Tina Chisholm: This is not an attempt to remove voters from the rolls but to verify. These people seem like they’ve moved to other counties

Patricia Pullar: We need more evidence. Do you have dates or anything we can go on. This list itself is not enough and is blatant voter suppression and your list is not enough to give us probable cause.

Tina Chisholm: I feel as if you’re pushing me aside and being unreasonable. I am ashamed of you being our representatives.

Diane Givens: We hear you but you have no supporting evidence we would need.

Tina:  Well what evidence would i need for probable cause

Charles Reed: We Contacted you today because you put in a challenge yesterday. The burden of proof is on you Ms. Chisholm.

Tina Chisholm: That is the board’s job.

Charles Reed: I can’t go back and forth with you. I need you as the accuser to provide probable cause

Tina: This list of changes should be sufficient probable cause.

Tina Chisholm: That’s not my job

Patricia Pullar: We need information. When did these people change their address? Times, Dates and other information should be presented for us to have probable cause.

The board voted unanimously to dismiss each of the challenges. Making the motion to dismiss in each case was Pat Pullar, former chair of the Democratic Party of Clayton County. Pullar has been a thorn in the side of Clayton County Republicans, who have started an online petition to change the makeup of the county’s appointed Elections and Registration Board. CCGARP says it wants one representative of each political party to have a seat on the county election board.

On Sunday, The Clayton Crescent reached out several times to the Clayton County Georgia Republican Party for comment, asking to see the lists of voters in each challenge and any master list against which those voters’ residency had been checked, but had yet to receive a response as of press time.

Also Sunday, The Washington Post released a recording and transcript of an hour-long phone call between President Donald Trump and Georgia Secretary of State Brad Raffensperger. During that call, Trump alternately berated and cajoled Raffensperger, at one point saying, “I just want to find 11,780 votes.”

Other news outlets also have posted the audio and transcript.

This morning, Raffensperger tweeted at Trump that “the truth will come out”:

Respectfully, President Trump: What you’re saying is not true. The truth will come out https://t.co/ViYjTSeRcC

Georgia GOP Chairman David Shaffer called the release of the recording and transcript “lawlessness.” Under Georgia law, only one party to a conversation needs to give consent to record–in other words, the person recording doesn’t need the other person’s permission to do so.

Shaffer also tweeted that Trump had filed two suits against Raffensperger. A check of federal online court filings Sunday night returned no suits for Trump v. Raffensperger as of press time. While Shaffer did not respond directly to a request for clarification, it appears that Shaffer was referring to previously-filed suits, which he claimed were stipulated as confidential during the call. GPB political reporter Stephen Fowler called Shaffer’s claim “a lie” and pointed out that, had that been the case, Raffensperger’s attorneys also would have been on the call:

Another reason this doesn’t add up – the attorneys for the Secretary of State’s office in these lawsuits (with the AG’s office) weren’t on the call.

Trump and his allies have lost 60 post-election lawsuits, including several in GA. There are no cases that could have plausibly been the subject of settlement discussion.

Oh, and I represent parties in all of those cases, so I would have had to be on the phone as well. I wasn’t. https://t.co/O4dPrBpbMg

Raffensperger, for his part, has repeatedly said that he voted for and backs Trump.