Down to the wire: Senate runoff early voting ends 7 p.m. 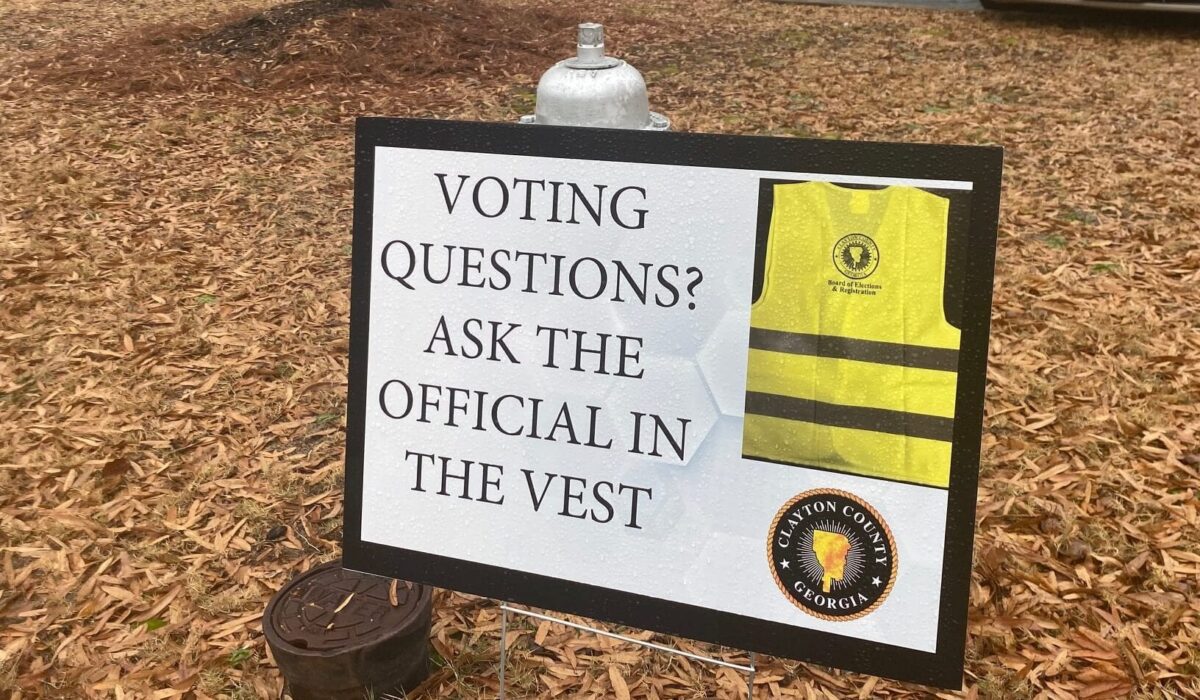 Only a few hours remain for voters to cast early ballots in two U.S. Senate runoffs and a runoff for a Public Service Commission seat.

At press time, the Atlanta Journal-Constitution’s Tia Mitchell reports that incumbent Sen. David Perdue and his wife have gone into quarantine “as a precaution after learning they had been in close contact with a member of his staff who has the virus.” Perdue had been scheduled to appear with fellow Republican candidates Sen. Kelly Loeffler and Public Service Commissioner Bubba McDonald in Gainesville. His campaign has not announced whether Perdue also will skip the Monday, January 4 event with President Donald Trump in Dalton.

The Clayton Crescent made the rounds of all early voting locations in Clayton County on New Year’s Eve. Here’s what we found:

A quick check of absentee ballot tabulation at The Bunker found only one election observer from the Democratic Party, who said another Democrat and two Republican observers had been present Thursday morning. The Clayton Crescent saw elections workers counting military ballots, the envelopes of which are printed with red ink instead of black. The ballots themselves look different because they are federal ballots. Some contain two sheets of paper stapled together; others contain two sheets of paper, which the observer said were a ballot and a letter.

On Wednesday night, The Clayton Crescent stopped by the Elections and Registration Office to see the signature verification process. There, elections workers were comparing signatures on envelopes with signatures on file. One observer, an attorney with the American Civil Liberties Union, was present.

Here are the Facebook Lives we posted from each location. We did not interview voters but we did speak with various people about how long it had taken them to vote or asked how many people they had seen in line. Because it takes half a day for one person to visit all the sites, it’s possible that more or fewer people could be at any one location before or after we stopped by. However, it does give a snapshot of how busy each location was at the time:

Your last chance to cast early ballots in person ends at 7 p.m.:

You can learn more about the candidates running for U.S. Senate by checking out our candidate profiles.