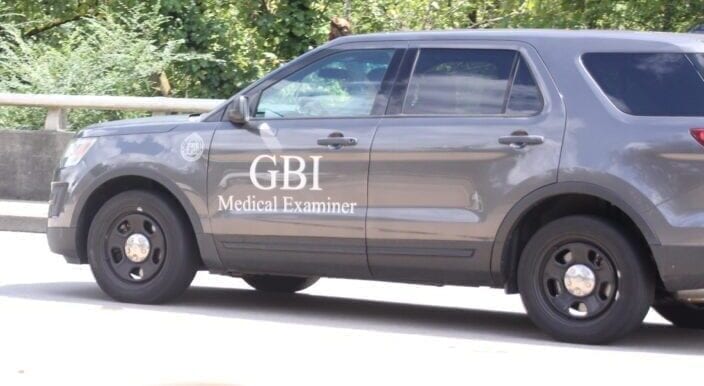 The Clayton County Board of Commissioners will hold a work session at 5:30 p.m. Tuesday, December 22 to discuss the possibility of building a county medical examiner’s office.

The subject came up at last week’s meeting, when Clayton County Police Chief Kevin Roberts and Clayton County District Attorney Tasha Mosley urged the board to consider the move.

For two decades, the Georgia Bureau of Investigation has been acting as coroner for Clayton County–the only county in the state to receive those services. GBI Director Vic Reynolds told Clayton County officials he could no longer provide coroner services after the end of 2020.

This began after Clayton County’s last coroner, Marshall Newsome, was convicted in 2000 in federal court of 54 counts of mail fraud, 24 counts of money laundering, one count of conspiracy to commit mail fraud, and one count of conspiracy to commit money laundering related to a Medicaid scam. Newsome, who had already forfeited his Riverdale funeral home, was sentenced to 96 months in federal prison and ordered to pay $12.7 million restitution, $8,000 in fines, 3 years’ supervised release, and 60 hours’ community service.

Coroners are elected officials, not forensic scientists. While the Georgia Coroners Association does provide professional standards for coroners, those are not the same requirements that medical examiners must meet.

In Georgia, a coroner needs to be a high school graduate and U.S. citizen who lives in the county, has not been convicted of a felony or crime of moral turpitude, post a $12,500 surety bond to the governor via probate court by January 1 after he or she is elected, take a 40-hour basic training course from GPSTC within the first 180 days in office, and complete 32 hours of training each year.

Medical examiners in Georgia are licensed physicians or pathologists. They are authorized to conduct autopsies when a death seems suspicious, a body has been “disposed of in an offensive manner,” someone dies while in custody, following an accident or work-related incident, or if the person seems to have died of a disease that could pose a public health threat, among other reasons. Foresnsic pathologists determine both the cause of death (why someone died, as in the specific medical reason) and the manner of death (how someone died, as in the situation surrounding the death), information that is of critical importance at trial.

At the December 15 BOC meeting, Roberts and Mosley explained to commissioners why the county needs a medical examiner’s office.

In July 2019, the GBI said it wanted to update the annual contract to cover its costs and that it would no longer provide coroner services to Clayton County as of 2021. The BOC unanimously approved changes to the existing contract on January 21 of this year, but in March, the GBI said it no longer wanted to provide services and that the county should get its own coroner.

Mosley said this was about the same time as the state mandated 11 to 13 percent departmental budget cuts, “and we were one of those cuts.”

However, according to Roberts, the vendor, who is based in Cobb County, was “ineligible to complete the required Coroner’s Training.” Roberts asked GBI Director Vic Reynolds for an extension.

“He [Reynolds] was gracious enough to extend a final extension until February 1st, and he was emphatic that there will be no further extensions to Clayton County related to this matter,” Roberts told the board.

Since then, Roberts said, the county has found a potential, experienced contractor in Douglas County and is setting up a temporary M.E.’s service by the end of January 2021, at which time the BOC would vote on whether to approve the contract.

This is only a temporary solution, which could buy the county time to set up its own medical examiner’s office with two doctors.

The urgency is real, according to Mosley, who said her office is already backed up with cases because of the COVID-19 emergency. “I don’t need to get further behind waiting for medical examiner’s reports,” she told the board.

“After receiving the e-mails that I received from [GBI Assistant Director] John Melvin, and after looking at our numbers and the numbers of surrounding counties, it has come to my attention or understanding that a coroner’s service is not what we need,” Mosley said. “As I informed everybody, we should, we must have a medical examiner. Our numbers are equal to that of Fulton, Dekalb, Cobb, Gwinnett.”

Clayton County is not the collection of small-town farming communities it was 100 years ago.

“Even though Clayton might be small-town, and we like to keep the small-town feel, we are metro Atlanta,” Mosley pointed out. “We have the busiest airport in the world, and it is continuing to expand….Our problems are not Mayberry problems. Our problems are Atlanta problems, and we’re going to have to put the money into it. This is not a $300,000 or $400,000 fix. This is a couple of million-dollar fix that we need to get on board and handle as soon as we possibly can.”

Melvin told The Clayton Crescent that the GBI has done about 943 cases for Clayton County this year, 323 of which were autopsies and 620 of which were consults.

While statewide budget cuts are part of the problem, he said, there’s also a workload issue–the sheer number of bodies that GBI medical examiners have to handle.

“What that means is about 322 autopsies per doctor,” Melvin said. “The National Association of Medical Examiners, which is the accrediting agency, says the standard is no more than 250 a year. By exceeding that, we’re actually putting our accreditation at risk,” he said, adding that could put their cases at risk in the courtroom.

On top of that, the GBI’s 15-doctor team has had two vacancies, two cases of COVID-19, and others on maternity leave. “Sometimes bodies have to wait for a week,” he said. “It’s simply a manpower issue.”

Commissioner Gail Hambrick said, “Sounds like we have to jump. Not a coroner, but just have an M.E. office, a medical examiner’s office.”

Chairman Jeff Turner, whose background is in law enforcement, agreed.

Specifics, such as cost estimates and job descriptions, should be forthcoming at this evening’s meeting You can watch online at http://claytoncountyga.iqm2.com/Citizens/default.aspx or come to 112 Smith Street in Jonesboro. Masks and social distancing are mandatory.