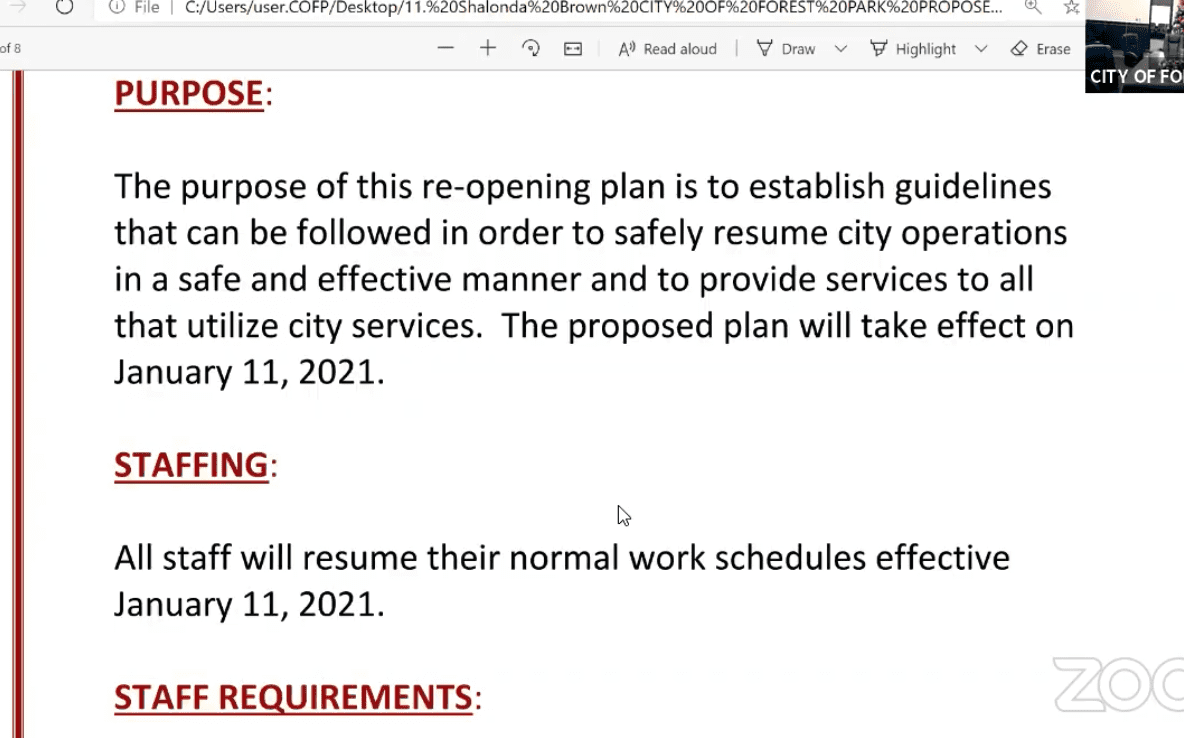 The City of Forest Park announced Dec. 19 that it plans to reopen access to city buildings on Jan. 11, 2021.

The plan presented by Interim City Manager Shalonda Brown offers no major changes not already in place despite a nine-month ban on press and public access to city council meetings.

According to the plan presented at an all-day special called meeting held Saturday, Dec. 19, employees would “continue” to follow existing procedures that have been in place during the closure.

While physically at the front door of City Hall to read public notices posted outside the building, The Clayton Crescent’s reporter, Robin Kemp, saw city employees inside the buildings who were not wearing masks.

The city has repeatedly claimed that it barred The Clayton Crescent and city residents from council chambers out of concern that the public would infect city employees with COVID-19.

During the dispute between The Clayton Crescent and the city, elected and appointed officials also repeatedly took off their masks in chambers and at citywide events at Starr Park.

The announcement comes just hours after the city voted to install professional-grade audiovisual gear that would allow the public to hear and see council and board meetings in compliance with the Georgia Open Meetings Act.

During the ban on public access, the city contracted with several architects and committed to six capital improvement projects totaling $47.8 million, about half of which depends on bond issues.