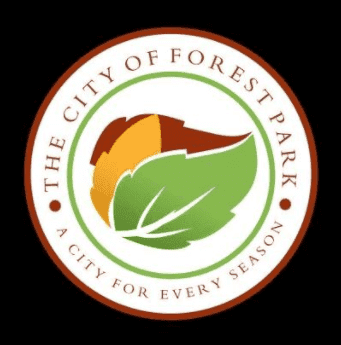 Tonight’s meeting includes approval of a Community Development Block Grant resolution. The city has not specified what the resolution is about nor has it provided the public with the text of the proposed resolution, as other governing bodies routinely do.

While at City Hall this morning, The Clayton Crescent requested that someone from City Hall get back to us on the substance of several key items, including the CDBG grant and the video camera contract. An e-mail sent to Butler Tuesday night had yielded no response as of noon Wednesday. Interim City Manager Shalonda Brown did not respond to requests for information prior to the special called meetings. The city sent The Clayton Crescent a copy of the draft resolution at 5:14 p.m.

Moments before the meeting began, the city blocked its feed, which is a public record, from being embedded for public viewing as part of this story. The video feed was cut off, apparently by Interim City Manager Shalonda Brown, several seconds into the meeting:

Ambient noise throughout the video made some parts inaudible, notably one of the purposes for which the 2021 CDBG grant was dedicated. The draft resolution indicated that would have been for the Model Mile. Other funds are to go to Starr Park improvements.

The city is also set to approve a partnership agreement with Clayton County Community Services, which has offices on Main Street in Forest Park.

In addition, the fee requirement for the agreement with Clayton County Community Services had “exceeded” what it should have been, according to City Attorney Mike Williams. The measure brought back the agreement to adjust the fee.

The last minutes for the DDA are from April 30, when Mayor Angelyne Butler expressed a desire to create a TV show called “Downtown Table Talk,” aimed at city residents, and the board approved an $18,785 expenditure for Norsworthy and Co,. for which no bid is posted on the city’s website, to build and equip a 4K prosumer-grade video production studio. As chair of the DDA, Butler signed the check.

After Butler effectively fired the previous board, alleging “dereliction of duties” when members refused to approve bond financing for a proposed new public safety facility on Forest Parkway, the city combined the DDA’s and URA’s powers. Members on both the DDA and URA boards hold identical titles:

Both Wright and Lawrence serve on the Development Authority Board, which Wright chairs. Other DA Board members include:

Economic Development Director Bruce Abraham is scheduled to explain what the powers and roles of the three appointed boards are, while Deputy Finance Director Darquita Williams will review what appears to be a single “drafted budget for the Boards.”

The city is slated to discuss “potential approval of Audio/Visual RFP’s quotes” with Jacob Ledbetter, Sr., sales engineer with Network Cabling Infrastructures, LLC. The city’s RFP (Request for Proposals) webpage does not list the three bids from the December 7 meeting.

Other old business on the Saturday agenda includes a discussion of information technology updates by Chief Government Information Officer Ashley Smith, as well as a discussion of the city’s retirement pension by Michelle Warner, director of Retirement Field Services and Defined Contribution program.

The council will then enter executive session for “personnel, litigation, real estate, and legal matters.”

When they return, they are scheduled to take up more old business:

The council will then take a break before addressing new business on the agenda, including a discussion of “pending/proposed development initiatives” by Abraham, none of which are detailed in or included as supplemental information to the agenda; a “cemetery update” by City Attorney Mike Williams (although no cemetery is specified in the agenda); and a “reopening plan for the City,” which former City Manager had said was slated for sometime in January.

Should Forest Park reopen its city council chambers to the press and citizens in the next few weeks, the present city administration will have conducted nearly a year’s worth of business largely out of view of the public.

The Clayton Crescent went to the front door of City Hall Wednesday morning to inquire as to why video of the December 7 council meeting apparently had not yet been made available to the public. City Clerk Sharee Stead said YouTube may have held the video because the city’s channel is relatively new and that YouTube may have wanted to monetize it. After some minutes, the video appeared down the list of previous recorded meetings that had been posted within a day or two of their having taken place.

The actual meeting begins at 42 minutes, 43 seconds into the posted video. Audio quality is poor during discussions of the agenda items:

The December 7 meeting involved a discussion of three bids (starting at :01:29:43 in the posted video) to install video cameras in council chambers, a move that came as a result of The Clayton Crescent and the University of Georgia Law First Amendment Clinic demanding that the city provide clear, complete audiovisual livestreams of council meetings to the public.

“I know we just adopted not long ago the procurement process and the bidding,” said Councilwoman Kimberly James, “and I’m just wondering, did this follow through with that? Or is this just something that we did prior to, uh, prior to that?”

City Attorney Mike Williams replied, “This was underway prior to the, you know, the code, however”–here the audio is inaudible as Williams spoke, until the mayor asked him to use the podium microphone.

“This was underway prior to the actual adoption of the ordinance,” Williams continued, “however, you know, I had given the opinion to staff that this could qualify as an emergency procurement because of a lot of the issues we’ve been having with–it seems to be getting better. Although improvements have been made recently. But to my knowledge, the staff, with the assistance of InterDev, they did go out and get three quotes for this procurement. Again, I would let them speak to the actual folks themselves.”

“Mike, I mean, do we still need to do that, being in the interim city manager [audio unintelligible] and things seem to be going a lot better than it was?” asked Councilwoman Latresa Akins-Wells.

“So as it relates to the actual solutions that you’ll see, that’s a positive decision as to which one you’ll prefer better,” Williams said. “But my legal advice is to go ahead and make the improvements.”

He added, “You know, there’s a discussion about the new City Hall at some point in the future, that’s at least a year and a half, two years away, depending on how quickly that can evolve. In the interim, you know, having a dramatically upgraded audiovisual, I believe, is highly advisable.”

“Okay, I agree, if we wasn’t going to be tearing it back out a year and a half from now,” Akins-Wells said, “and then it’s just, and it’s done. I mean, everything seems to be a waste of time. I just think it’d be a waste of money to do that. And we haven’t had any complaints since whenever she did is working, you know? That’s just my opinion.”

James said, “I seem to echo what Councilwoman Wells said, because when I look at the costs, and I’m sure that Chris is going to give us more explanation as to how much it costs, when I look at this, we just, you know, we did the City Hall–I mean the council chamber–and, you know, spent a lot of money, although it was SPLOST money that was allocated to make these renovations. But you know, now that we have the audio, you know, kept together, to spend upward of twenty — thirty thousand dollars, I believe what is the price that I saw, um, it’s just a lot.”

Gutierrez asked, “This is something that’s gonna be torn down in how long?”

Williams explained, “So again, in terms of the technical specs, I’ll defer to InterDev to speak to that, but again, the cost to improve the system, I would encourage you to look at it as sort of an investment, that you have, you know, a top-notch audiovisual system that should last–” [here Williams’ comments became unintelligible and someone coughed or sneezed near the microphone].

“So the system is something that can be transferred to whatever new area?” Gutierrez asked.

“It should be, but again, I”m going to let InterDev speak to the technical,” Williams replied.

He added, “From what we were told, the new City Hall, you know of course is down the line, we were also told this channel will still be used by other departments and maybe even neighborhood meetings.”

This is the first public indication the city has given of a possible government access channel. Such channels are usually part of a cable television franchise, as are public access channels for programming made by citizens.

“So to upgrade this equipment, even though you don’t see how it may be moving, will still improve down the line because we have other people in positions who would use these council chambers.”

Chris said the city sought quotes from all three prospective contractors, “and the prices vary, depending on if you have a digital controller, so that where I’m sitting now, I can control the whole meeting,” or just a “standard” computer interface.

The upgrades would bring the current audiovisual gear “up to the newer times,” he said.

The city claims it had imposed a ban on public participation in governing board meetings, citing Mayor Angelyne Butler’s previous COVID-19 emergency declaration shuttering all city buildings. Due to the poor audio and video quality of the city’s livestreams, The Clayton Crescent went to cover the meetings in person and was removed by police, at Butler’s orders, on two separate occasions, September 21 and October 5, and denied entry by police on a third occasion, October 19.

As a result, The Clayton Crescent and its legal advisors have taken action to hold the city accountable to the public. The Georgia Open Meetings Act mandates public access to regular and special called meetings of governing bodies. The city says it banned the public as a health matter, despite every member of the administration having been photographed violating its own policies on masking and social distancing, and accused The Clayton Crescent’s reporter, Robin Kemp, of “sneaking around” City Hall and putting city staff at risk of COVID-19 infection, despite Kemp’s correct and consistent mask use. After protracted legal negotiations, the city agreed to install a professional audiovisual feed for livestreaming council meetings to the public. The Clayton Crescent’s reporting led to the video system discussions listed on the December 7 and December 19 agendas.

Since the COVID-19 emergency declaration, the city has reopened the recreation center, as well as sponsored numerous public festivals where participants routinely come within 6 feet of each other. Some people, including city officials, have worn masks improperly (on chins, under noses) or not at all. Fitness classes led by Councilwoman Latresa Akins-Wells are held in the recreation center. Council ward meetings and potlucks are held in the community center. However, public entry is forbidden to the one room where elected officials vote on substantive matters–for example, how the city is to spend taxpayer money, which key staff it hires and fires, and which companies it chooses to do business with.

Georgia’s Open Meetings Law mandates that governing bodies provide access to members of the public and to the news media, with the exception of executive sessions, which are not public but which are subject to judicial oversight.

How you can watch and listen to the meetings

To join tonight’s meeting via Zoom at 6 p.m., here is the login information:

To join Saturday’s meeting via Zoom at 9 a.m., here is the login information: