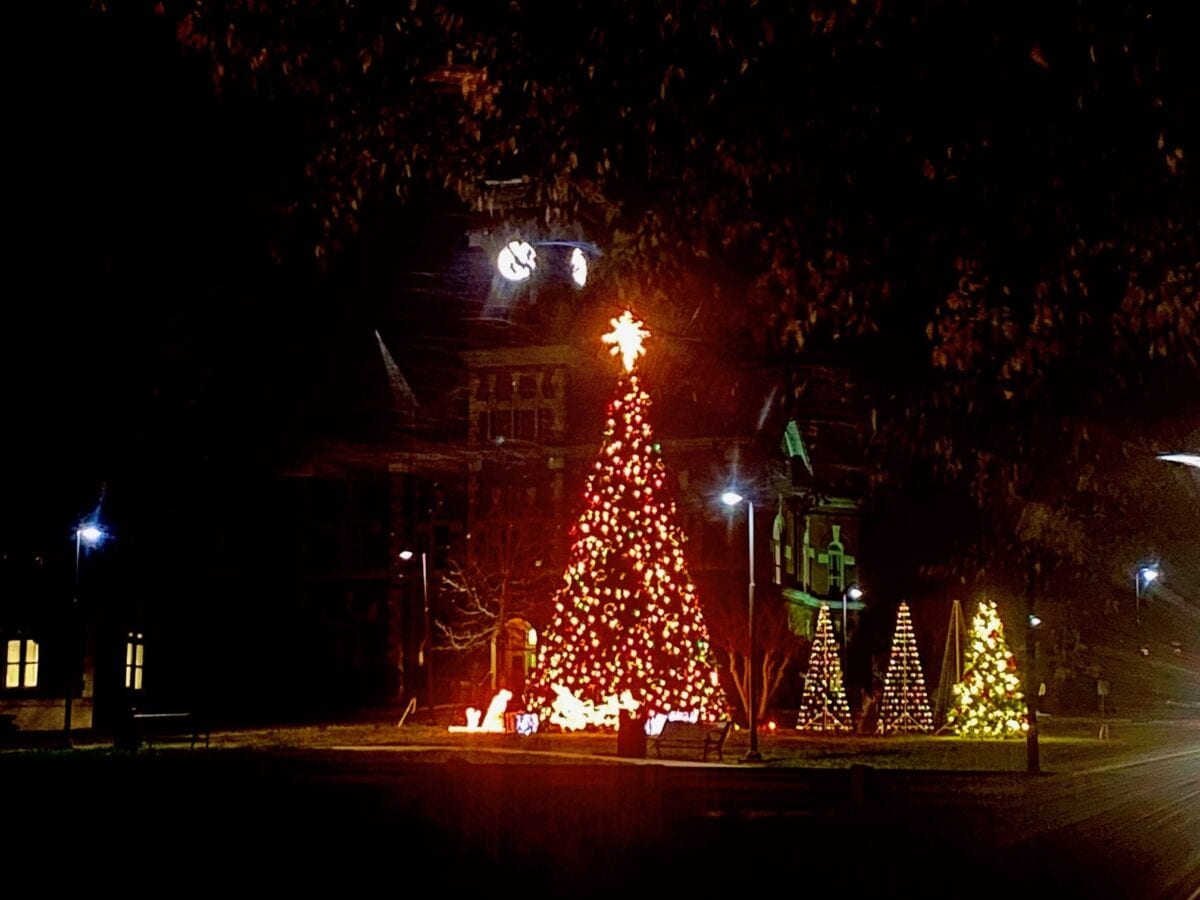 The holiday season is here and, after all that 2020 has dropped on us, we deserve a little happiness. Get some this weekend!

Runsboro stretches its hamstrings at 7 a.m. sharp in Lee Street Park. Come on out for a fun walk-run to mark the group’s 51st week!

The City of Jonesboro is holding its Hometown Christmas Festival and Market at Lee Street Park from 3 p.m. to 8 p.m. Kids can drop off their wish list in Santa’s mailbox and pose with Santa for selfies. Stay warm with fire pits and hot cocoa, and s’mores and sing Christmas carols. Wait for the Christmas tree lighting at 7 p.m.

The City of Morrow is holding its annual Christmas in the Park from 4 p.m. to 8 p.m. at Morrow City Hall.

The City of Forest Park’s annual Holiday Parade steps off from Main Street, crosses the railroad tracks at Lake Drive, and marches to Hines Ward Pass and the amphitheater in Starr Park. Come see Santa, listen to the marching bands, and watch the light show and Christmas tree lighting in the park.

The Atlanta Press Club and Georgia Public Broadcasting present the Loudermilk-Young Debate Series, featuring candidates in the two U.S. Senate runoffs. You can watch the debates on Channel 8.1 or via GPB’s livestream online. Candidates in the race for Sen. David Perdue’s seat are scheduled for 5 p.m., while candidates seeking Sen. Kelly Loeffler’s seat are scheduled for 7 p.m. As of press time, Perdue had declined to participate in the public debate; under the debate’s rules, challenger Jon Ossoff will be alloted the full hour unless Perdue changes his mind and joins at the last minute. (No-shows are represented by an empty podium.) The Atlanta Press Club has urged Perdue to reconsider taking part in the debate so that the public can hear where he stands. Loeffler and challenger Rev. Raphael Warnock will debate at 7 p.m. The Clayton Crescent will be covering the event from GPB’s studios in midtown Atlanta.

Anything else happening you want people to know about? E-mail KempWrites@gmail.com or submit your event through our News Tip Box! Stay safe, stay warm, wear your mask so your nose doesn’t freeze, and have a wonderful weekend!