Register by Monday, Dec. 7 to vote in U.S. Senate runoffs 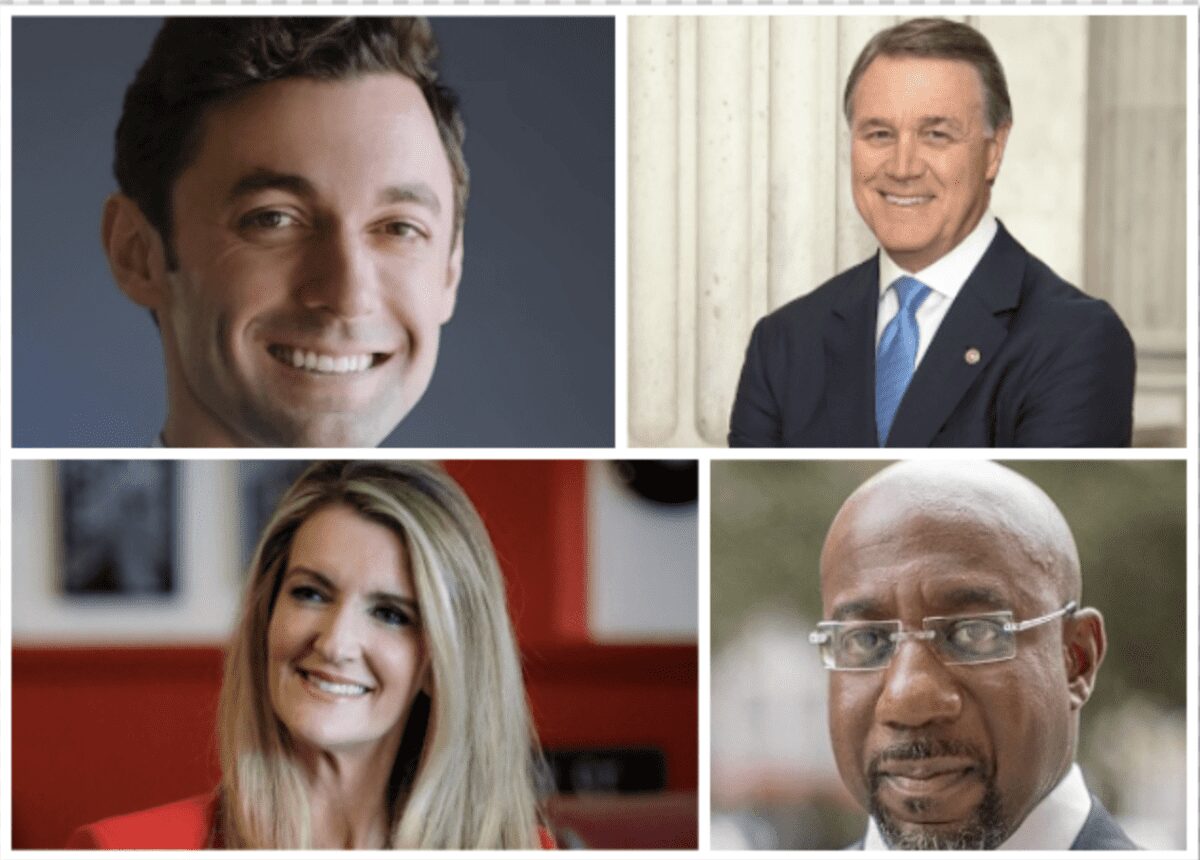 If you’re not yet registered to vote, you have until Monday, December 7 if you want to vote in the upcoming January 5 Senate runoffs that have the potential to change the balance of power in Congress.

Here’s why it matters.

If Republicans win one of the two races, they will retain control of the Senate. If Democrats win both races, the Senate will be split 50-50 and Vice-President Elect Kamala Harris will have the power to cast any tie-breaking votes.

Both Democrats and Republicans have expressed concern about getting enough voters to turn out for the runoffs. Historically, Democrats have not followed up in runoffs. While more Republicans tend to follow through, this year’s claims of alleged fraud related to the Presidential election–which are, by and large, not supported by evidence–has some party members worried. Some Trump supporters have called for Republicans to boycott the race or to write in Donald Trump’s name in protest, while some Democrats have gleefully encouraged this approach as being to their party’s advantage. It is important to note that there is no blank to fill in or qualified write-in candidate who can be added to either race on the ballot. Here is a sample from Forest Park, which includes the Public Service Commissioner runoff between Republican Lauren “Bubba” McDonald and Democrat Daniel Blackman:

Ultimately, the matter comes down to whichever side can get out more people to vote. Early voting starts Monday, December 14.

You also must be a U.S. citizen, live in the county where you register to vote, have finished any sentence (including probation) if you have been convicted of a crime of “moral turpitude,” and have not been ruled incompetent by a judge.

You can register online at https://registertovote.sos.ga.gov/GAOLVR/welcome.do#no-back-button

you can register by mail by printing out this application, filling it out, and dropping it in your nearest mailbox (no stamp needed).

Verify your current voter status, see sample ballots, and more online using the Georgia Secretary of State’s My Voter Page. Enter your first initial, last name, birthdate, and county in the box on the right side of the page to access your information.

Here are the matchups in the two fiercely-contested races. For the two senators, we’ve included links to what they said and did on the floor of the Senate each year as recorded by the Congressional Record. To find that information, click on the year next to the senator’s profile. Choose a highlighted bill (example: S.1234) and click on that bill number. You will see a page or pages in the Congressional Record that mention the senator’s name. To go directly to where the senator is mentioned, click CTRL-F on Windows or CMD-F on Mac and type the senator’s last name into the search box. You’ll be able to see how many times the senator’s name comes up, as well as go directly to each highlighted instance of that name.

Please note that campaign webpages may include requests for donations. The Clayton Crescent does not endorse any candidate, campaign, or political party and provides campaign links for voters to do their own research about how candidates are presenting themselves to the public:

Loeffler was appointed to succeed former Sen. Johnny Isakson, who stepped down for health reasons. She lives in Tuxedo Hill in Buckhead in an $11.5 million mansion and is married to the chair of the New York Stock Exchange and CEO of Intercontinental Exchange, Jeffrey Sprecher. Loeffler is co-owner of the WNBA’s Atlanta Dream and was the CEO of Bakkt, a cryptocurrency company and subsidiary of Intercontinental Exchange.

Warnock, who grew up in public housing in Savannah, has served as pastor of the historic Ebenezer Baptist Church since 2005. Warnock also has served on the board of The New Georgia Project, a nonpartisan voter registration group, and advocated for Medicare expansion in Georgia, leading a sit-in at the Gold Dome in 2014. He is the author of The Divided Mind of the Black Church: Theology, Piety and Public Witness.

Perdue has served as CEO of Dollar General and PillowTex, as well as senior vice-president of Reebok. He has declined to meet with constituents in town halls and turned down participation in the Loudermilk Young Candidate Debates sponsored by Georgia Public Broadcasting and The Atlanta Press Club. David Perdue is the cousin of former Georgia Gov. Sonny Perdue, who now serves as Agriculture Secretary in the Trump administration.

Ossoff is a documentary producer specializing in investigations of overseas corruption. He interned for the late Rep. John Lewis while in high school, has held a top-secret clearance, and served as a Congressional assistant to Rep. Hank Johnson. In 2017, he ran against Republican Karen Handel in U.S. House District 6, closing a large margin but losing to Handel by 3 percent in the runoff. Ossoff produced the BBC documentary “Betraying the Game,” which investigated corruption in African soccer, as well as “Girls, Guns, and ISIS,” a look at an all-female battalion of Yazidi troops.

The races are drawing national and international attention because they could tip the balance of power in the Senate to the Democrats, who already have control of the House of Representatives. The Democrats have not held a majority in the Senate since 1994, with the exception of Sen. Jim Jeffords (I) leaving the GOP to caucus with Democrats in 2001, effectively giving them control for about 18 months.

Heightened partisanship in Washington in recent years has slowed Congress to a crawl as the Democratic-led House and the Republican-led Senate routinely butt heads over bread-and-butter issues like emergency economic stimulus payments during the COVID-19 crisis.

Clayton County residents can vote early at these locations:

You can vote during these times and dates at all locations: