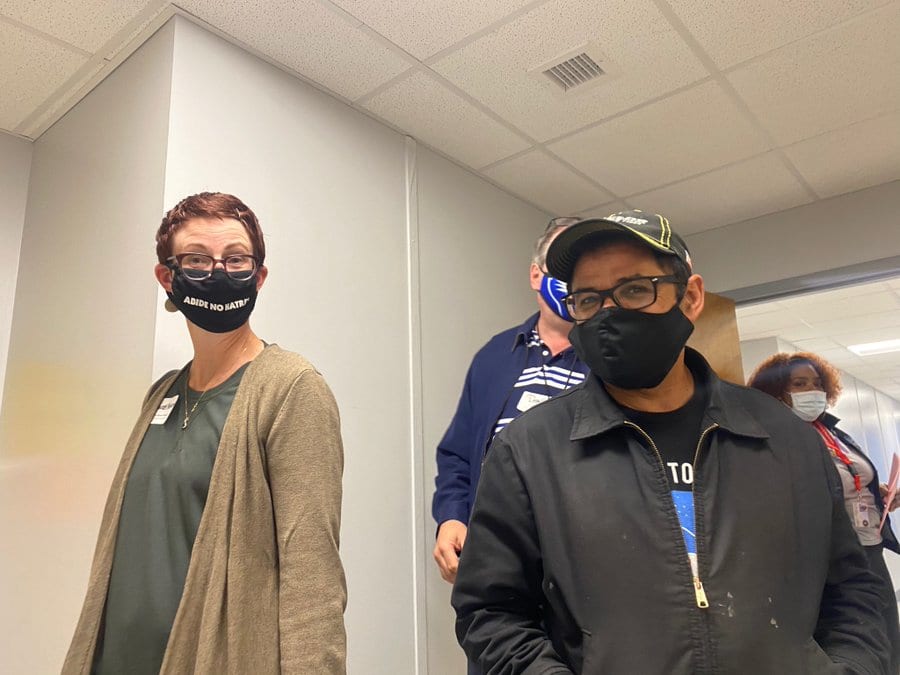 Clayton County Elections and Registration employees have finished the recount of the 2020 Presidential election results.

Workers completed scanning in absentee/advance ballots just before 11:30 a.m. Sunday, Nov. 29, briefly suspended operations, then reopened at 12 noon for a vote review panel to inspect the last few ballots. So few ballots required scrutiny that only one of two review panels was seated.

A little over an hour later, the panel was finished and the county began packing up its gear.

No notice of when the Board of Elections and Registration might meet to certify the results had been published as of press time. In the past, the Elections office has published the numbers on its website immediately following the Board’s certification. Normally, the Board meets the second Tuesday of the month, but the Georgia Secretary of State’s Elections Office has given counties until 11:59 p.m. Wednesday to complete the recount.

Elections Director Shauna Dozier has published a notice that the recount is complete and that the results will go up on www.claytonelections.com:

Both that website and the Georgia Secretary of State’s website apparently are experiencing heavy traffic, as The Clayton Crescent was unable to access either for much of this afternoon.

The Secretary of State’s Elections page has set up a link to “2020 General Recount Info by County” that as of press time returned a 404 error. Apparently both county and state officials are setting up a separate web address for these results, possibly due to intense public interest that may be preventing normal access to the main sites. We’re working to confirm whether this is the case.

In the past 24 hours, observers from the Democratic, Republican, and Libertarian parties have complained to The Clayton Crescent that they feel Clayton County gave them less access behind the scenes than other counties, particularly Fulton. The observers said Fulton has a tote board of rolling results that updates the count continually for all to see. No such system is in place in Clayton County. Fulton also has a livestream of the recount on YouTube:

State law gives county elections managers some latitude to set rules in the interest of keeping order. Clayton County has not provided updates on the count to either observers or the press while the count was taking place. Instead, elections officials have waited until the county Board of Elections and Registration signs off on the results.

The Clayton Crescent was the only metro Atlanta news organization present throughout the recount.