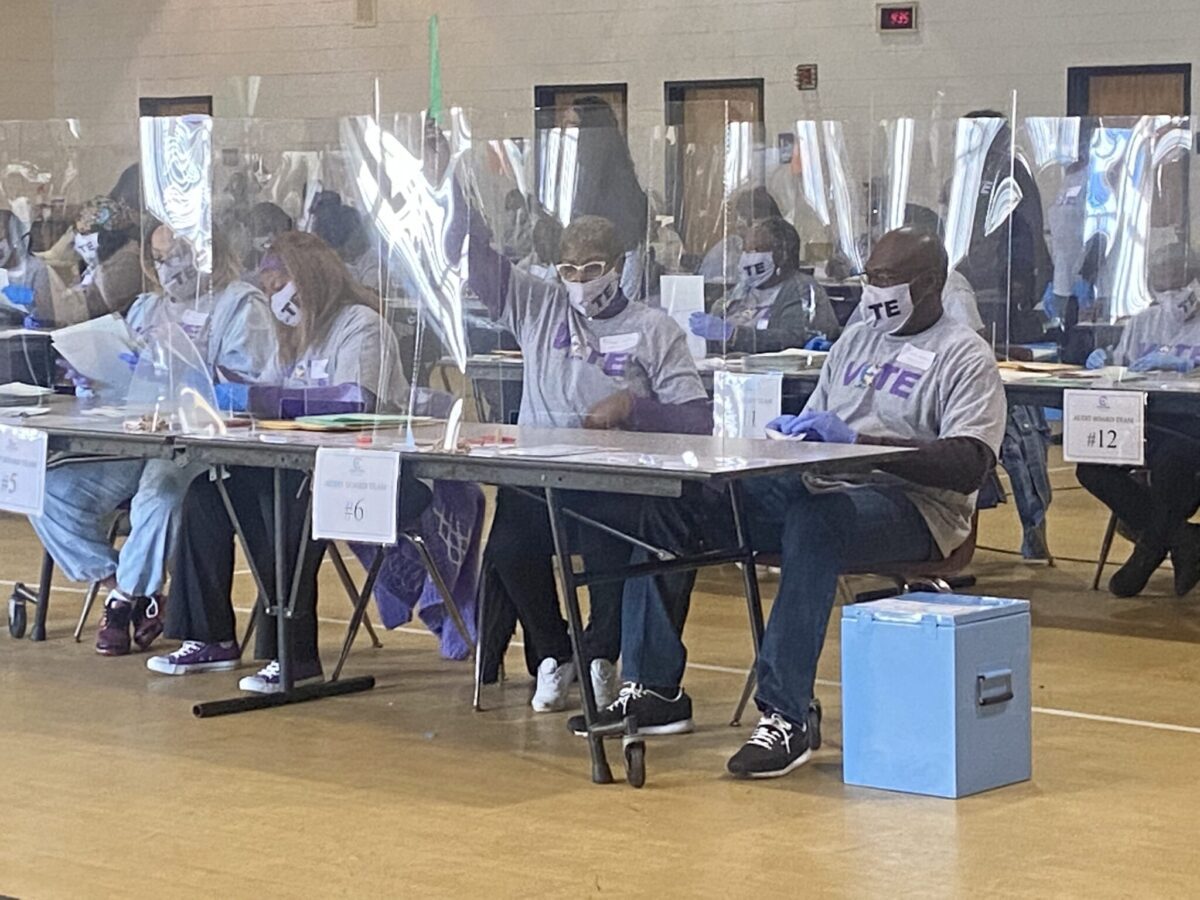 Clayton County elections workers finished the risk limiting audit of the Nov. 3 Presidential race at 10:30 a.m., with more than double the original number of tables speeding the process.

Some elections workers quickly took down the COVID-19 barriers and scraped tape from folding tables while others, looking relieved, headed for their cars and an early lunch. Some GOP observers and elections staff, who at times had butted heads, exchanged well wishes and thanked each other for their service.

The count had moved Monday afternoon from the Clayton County Police Department headquarters, where there had been ten, then 12 counting tables, to the gym at Jackson Elementary, where 28 tables were set up.

Both locations had two adjudication tables for those few ballots requiring Democratic, Republican, and Election Board members to determine the voter’s intent on a ballot—for example, if a voter wrote in the name of a candidate not running for President.

On Monday, both Democrats and Republicans had objected to their two-person floor observers quota, contending that they should each have three on the floor. The rules state each party and neutral group (like The Carter Center) is allowed one floor monitor per ten tables. Elections officials said the third person would not apply unless there are 30 tables. The monitors argued that anything over 20 tables should trigger a third observer.

Elections and Registration says the Secretary of State’s office will release the final count from Clayton County once all counties have finished their counts.