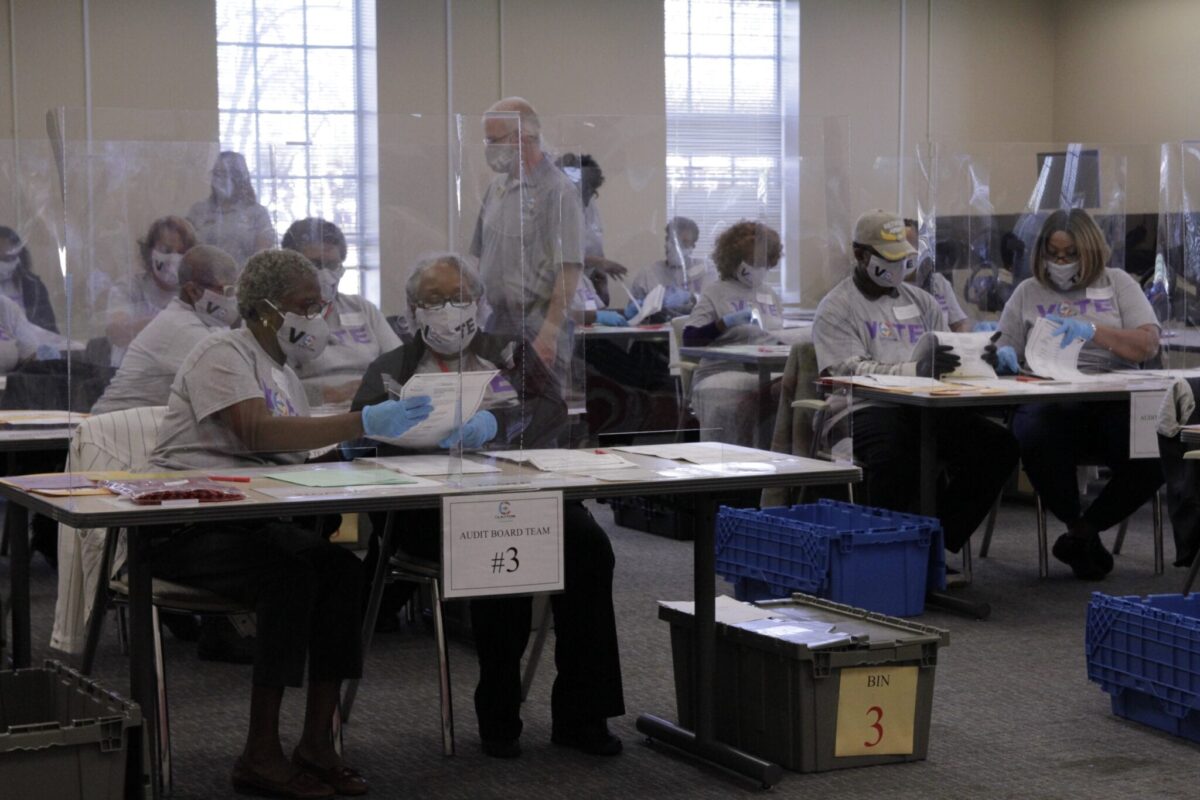 The Presidential election recount continues at 9 a.m. on Monday at the Clayton County Police Headquarters. 50 other counties, including Fulton, have finished their recounts. Clayton County has posted plans to continue through Wednesday at 6 p.m. or until the recount is complete but it’s possible workers could finish before then. We’ll be there.