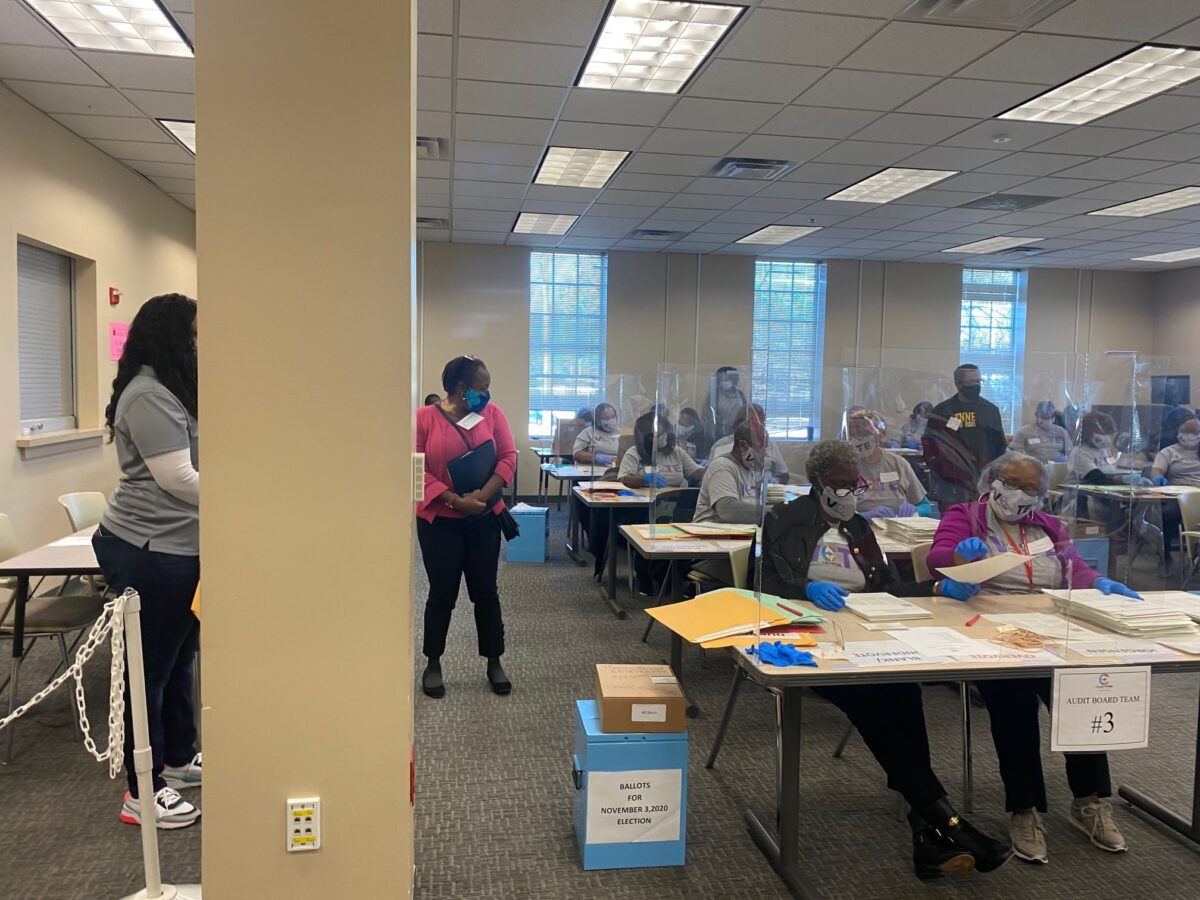 The Clayton County Board of Elections and Registration will move its recount from the Clayton County Police Headquarters to the gym at Jackson Elementary School, 7711 Mt. Zion Blvd. later today.

The count has been taking place in a large room where the police department usually holds its staff meetings and other events. Parking has been at a premium during the recount as dozens of observers from three political parties and members of the press are also present. A television crew from 11Alive also showed up this morning.

Clayton County GOP observers said a couple of their colleagues were waiting on letters from the Georgia GOP authorizing the new arrivals to serve as poll watchers. However, two men from Florida who say they represent the Georgia GOP, attorney Ibrahim Reyes and paralegal consultant and investigator J. C. Elso of Coral Gables, pointed out that the room Monday has 12 counting tables, up from ten. Two tables remain for adjudicating ballots but only one had a team of three people–one Democrat, one Republican, and one member of the Elections and Registration Board.

Reyes objected to the arrangement, saying that having more than ten tables automatically meant that each party should have two observers, not one, on the floor. Elections officials and a police officer escorted the men into the lobby of the police department, where the discussion continued out of earshot of those counting the ballots.

Reyes said the issue wasn’t “about red or blue. It’s about the Constitution.” He also said Clayton County’s recount was “another fraudulent county.”

Asked whether he planned to file an injunction, Reyes said he was not admitted to the Georgia Bar, but that he and Elso were there to take out affidavits and monitor the situation.

Attorney L. Lin Wood has filed a complaint as a plaintiff in federal court in the Northern District of Georgia alleging that Secretary of State Brad Raffensperger’s rules by which the state is conducting the recount–specifically, the procedure for validating voters’ ballot signatures–are unconstitutional because the Georgia Assembly did not authorize them. Wood is represented by attorney Ray S. Smith III.

This lawsuit was filed by me. It is not about me. It is about you. The People.

Light must shine on deals made in dark rooms. Deals intended to subvert will of We The People.

We will not go quietly in the night. We will #FightBack in the light of day.https://t.co/3FBMWlPDmC