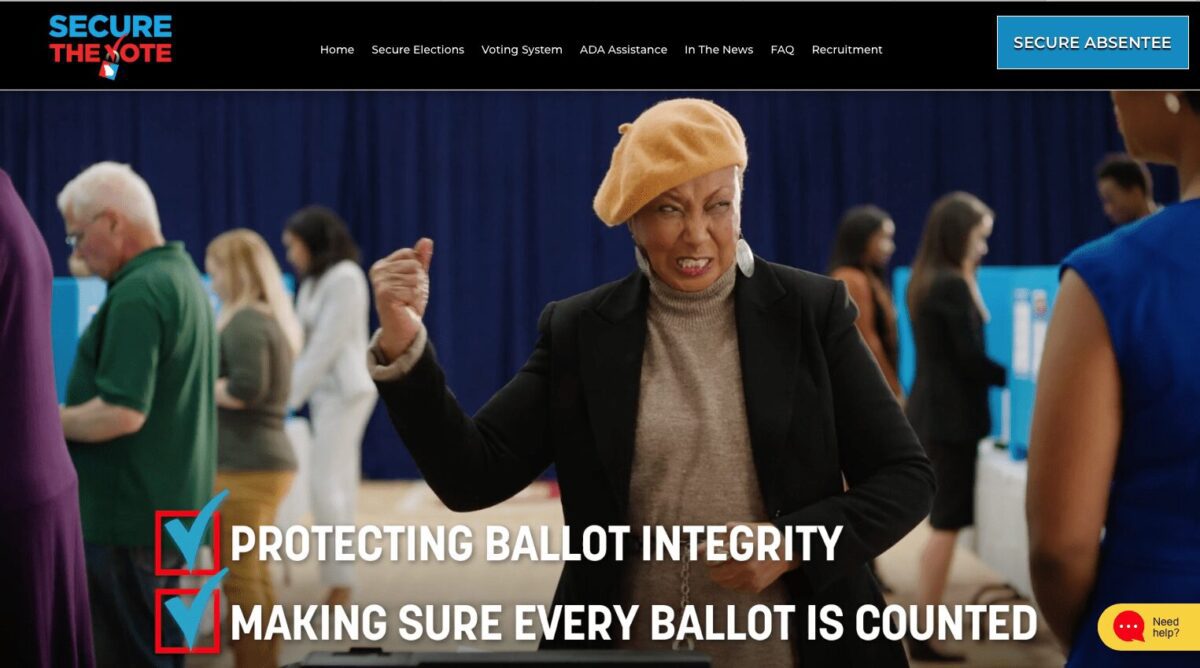 The Clayton County Board of Elections and Registration will begin the statewide Risk Limiting Audit at 9 a.m. on Friday, November 12 at the Clayton County Police Department Headquarters, 7911 North McDonough Street, Jonesboro. The public is welcome to observe.

The Clayton Crescent filed an Open Records Request with the Clayton County Board of Elections and Registration to find out who was authorized to observe polling in Clayton County.

We received 206 letters, which were sent by party officials to Clayton County Elections Superintendent Shauna Dozier “on or before October 31, 2020, at least three days prior to the election, pursuant to O.C.G.A. § 21-2-408(b)(1).”

The letters identify each poll watcher by name, address, party, and the precincts they are authorized to observe. Some letters applied only to local precincts; others gave statewide access. Some letters gave permission to observe early voting; others authorized poll watchers for Election Day and any runoffs. Nearly all listed the poll watcher’s home address; several listed a Buckhead office building, in care of the Georgia GOP, as those poll watchers’ address.

The Clayton Crescent compiled a list of all names, political parties, assigned precincts, and hometowns (where given) from those 206 letters. Some people had more than one letter–for example, someone might have one letter for early voting and another for Election Day and any runoffs. (We chose not to list home addresses, although those are public record.) You can search and sort that information below:

Under Georgia elections law, according to Raffensperger’s office, “poll watchers shall in no way interfere with the conduct of the election. Poll watchers are prohibited from talking to voters, checking electors lists, using photographic or other electronic monitoring or recording devices, or using cellular telephones. Poll watchers are also prohibited from participating in any form of campaigning while they are behind the enclosed space. Further, no more than two statewide poll watchers of a particular party may be in the same polling place simultaneously.”

Each candidate on the ballot may submit the name of one person to watch each polling place during early voting, Election Day, and any runoff. The same is true for each independent candidate or candidates in a nonpartisan (e.g., judges) race. Each political party or body can submit no more than two names per precinct.

For statewide races, each party, political body, and nonpartisan candidate running for a state office can submit the names of 25 poll watchers who are allowed to go into any precinct in Georgia. Independents can designate two watchers per precinct and nonpartisan candidates can send one. However, only two from any group can be in one polling place at the same time under Georgia law–not more than two.

Here is what Georgia law says poll observers can and cannot do:

Several of the observers at The Bunker on November 5 and 6 alleged that they had seen as-yet unsubstantiated “irregularities.”

During that count, The Clayton Crescent witnessed:

On Thursday, The Clayton Crescent and a crew form the British Broadcasting Corporation saw Rigby and at least one other poll watcher, who had been with the GOP contingent on November 5-6, outside a Clayton County building where training for the recount was to have taken place . Rigsby declined to comment, referring reporters to an unnamed GOP media contact.

For an idea of how the tabulation process works, here’s a story from WSB about observers watching tabulations in Fulton County. Any ballot that requires adjudication–the process by which a Democrat and a Republican together decide what a voter’s intent was if a ballot marking can’t be scanned–goes through that process before it ever reaches tabulation, which is the official counting process.

Georgia law provides for the Secretary of State to require county elections officials to perform a recount of contested federal races.

Throughout Thursday, Clayton County elections officials were not answering calls for information as to why an announced training had been postponed and when it might be happening. The Clayton Crescent was able to get through but was told to check the website every half-hour for updates. County elections officials also were performing Logic and Accuracy (L&A) testing on “ballot marking devices”–the state’s official name for its new voting-machine-tablet-printer-scanner-bin setup–in preparation for the December Senatorial runoff elections.

Once those races are over–and once any additional possible challenges that might require one or two more recounts are done, one for each Senate race–the Secretary of State delivers those results to Gov. Brian Kemp for final certificates of election and commissions that then go directly to the winning candidates.

Kemp has aligned himself with President Donald Trump, Sen. Kelly Loeffler, and Sen. David Perdue against Raffensperger, a fellow Republican, based on the results of the Nov. 3 election, which gave Democrat Joe Biden a slight edge over Trump.

For his part, Raffensperger has traveled around the state, demonstrating the new ballot marking device (BMD) setup to the public, running television ads throughout the campaign season touting Georgia’s “Secure the Vote” efforts, a campaign of its own, constantly reinforcing the notion that Georgia’s election system would ensure accurate results.

Here’s the public service announcement that ran amid candidate campaign ads during (oh, so many) commercial breaks over the past several weeks:

Mark Niesse of the Atlanta Journal-Constitution has a good explanation of how the recount process will work and what will happen should a ballot raise questions.