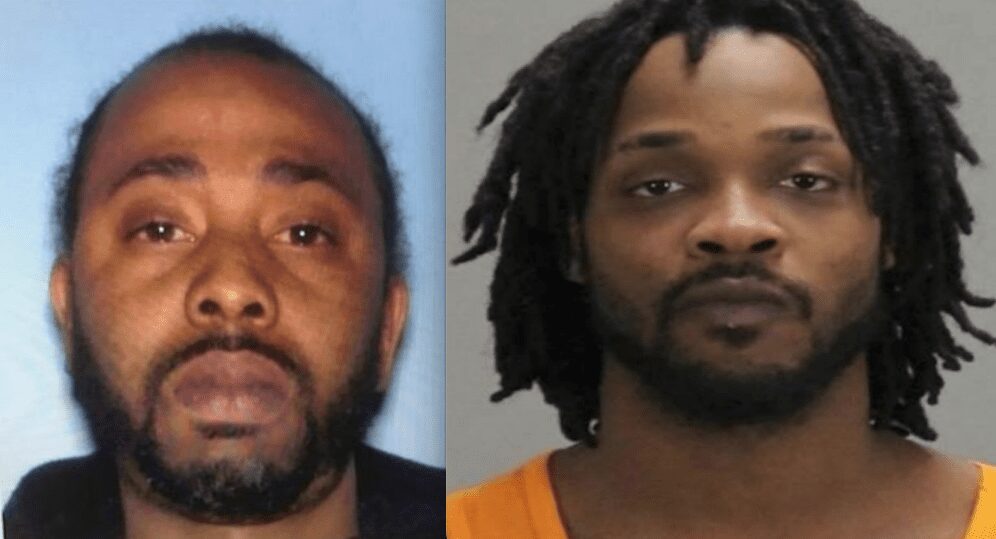 The Clayton County Police are looking for two men in the fatal shooting of a third man who tried to intervene in a domestic dispute at a gas station on Forest Parkway.

Police say Reginald Hardy is wanted for felony murder, cruelty to children, aggravated assault, and possession of a weapon during commission of a crime after he allegedly shot Kevin Spruill on Monday just before 6:45 p.m.

When police arrived, they found Spruill on the ground, unresponsive, with multiple gunshot wounds. They learned that Spruill and a woman came to the Chevron at 210 Forest Parkway across from the State Farmers Market to pick up her four children, ages four through nine, from their father, Tony Stevenson, who is her ex-boyfriend.

According to police, Stevenson and the woman got into a fight over some car keys and Stevenson bit the woman on her arm. Spruill tried to break up the fight and Hardy allegedly “began firing a handgun striking Mr. Spruill multiple times. Mr. Stephenson pulled the female into his vehicle and drove away form the scene.”

Police say Stevenson and Hardy then “abandoned their vehicle at a nearby hotel leaving the female and four children unharmed.”

Stevenson faces charges of cruelty to children and battery-family violence.

Anyone with information as to the whereabouts of Hardy or Stevenson is asked to call 911. Police say both men are considered armed and dangerous.

It is the policy of The Clayton Crescent not to run mugshots unless an active manhunt or imminent threat is underway.