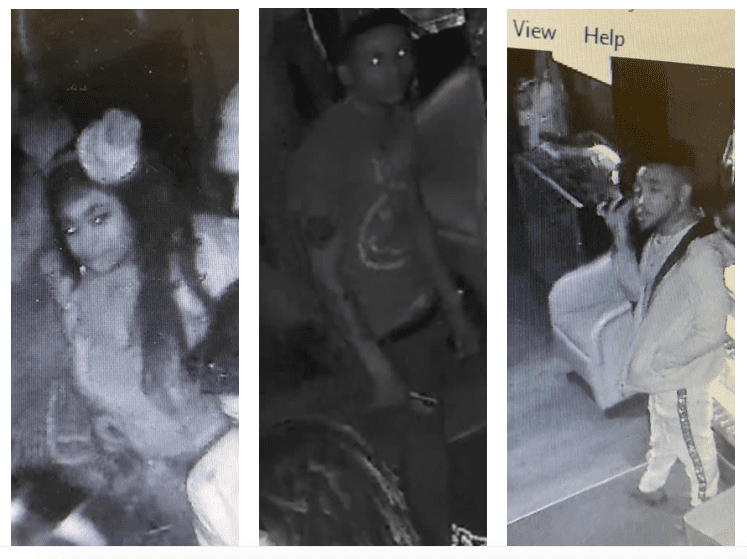 The Forest Park Police Department is looking for three people in in a fatal shooting at Rumors Gentlemen’s Club on Sunday, November 1.

In a press release distributed to Facebook, FPPD said officers arrived to find Wayne James, Jr. with a gunshot wound to his chest. James was transported to Grady Hospital but died.

“After interviewing multiple witnesses,” the press release read, “it was discovered that some type of altercation broke out inside the club at which time the suspect shot the victim.”

Detectives say are looking for a man and a woman who appear in stills from security footage taken inside the club. FPPD provided photos of three individuals: a man with tattoos on his right arm who was wearing a Nirvana t-shirt, a woman who appeared to be wearing a long dark wig and a small “fascinator” hat or headband, and a man wearing light-colored pants with a stripe down the left leg and a light-colored jacket.