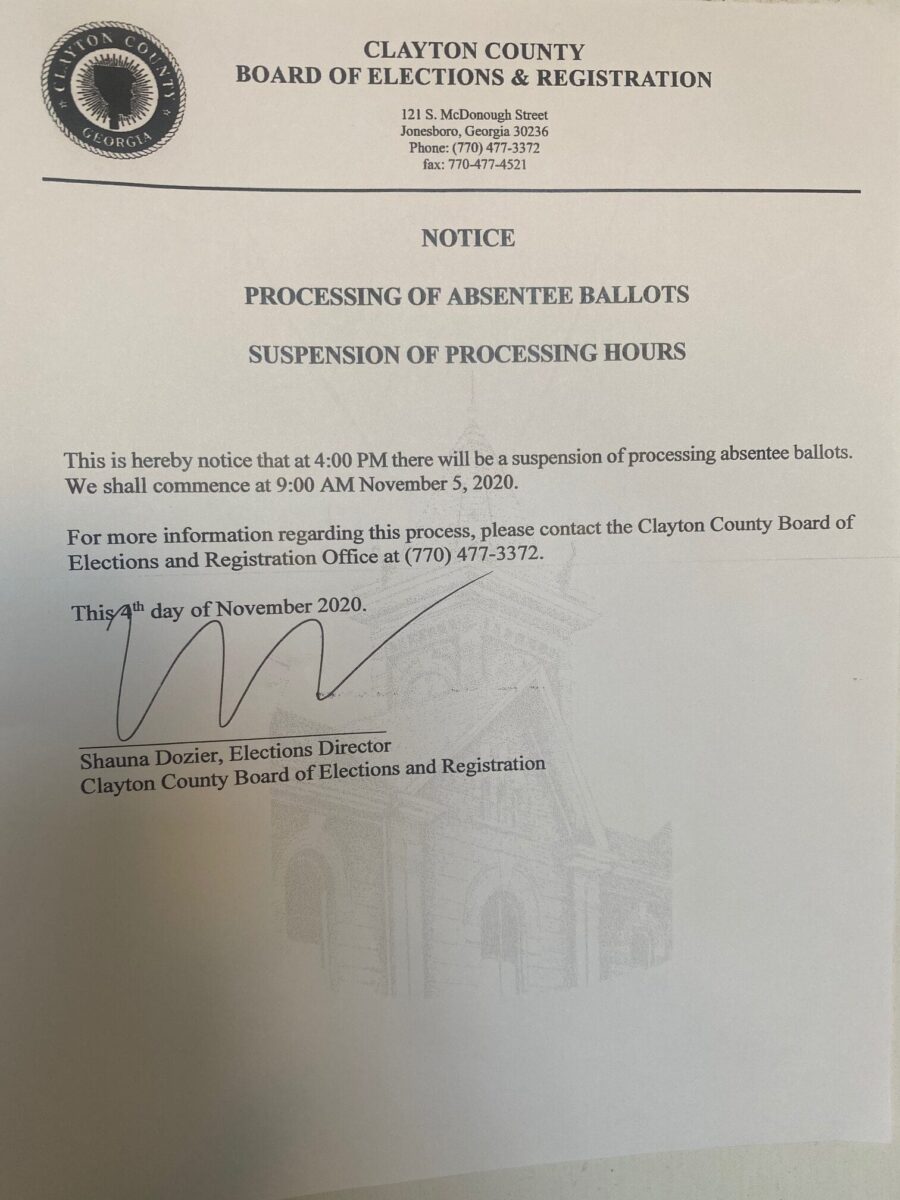 The Georgia Republican Party says it has filed suit in a dozen counties to try and stop the counting of ballots from Tuesday’s election.

No suit had been filed in Clayton County as of press time, according to online court records.

Shortly after 5 p.m. Wednesday, The Clayton Crescent went to “The Bunker,” next to the Clayton County Police Department, where ballots are counted after elections and found the door locked. On the door was a notice saying the count was suspended at 4 p.m. and would resume at 9 a.m. on Thursday, October 5.

The Clayton Crescent has not been able to reach Elections Superintendent Shauna Dozier for clarification as to whether the 4 p.m. stop time was routine or had anything to do with any legal action to try and stop counting ballots.

A man and woman who would not give their full names but who identified themselves as Republican election observers sat on the steps in an embankment next to the building’s entrance an hour and a half after the closing.

They said they had not seen how many people were involved in the count and that they did not know whether all races were counted on each ballot or all ballots were counted for single races.

However, they said they would return at 9 a.m. for the count.