Short wait times, a CCSO roadblock, and a DJ at a precinct mark Election Day 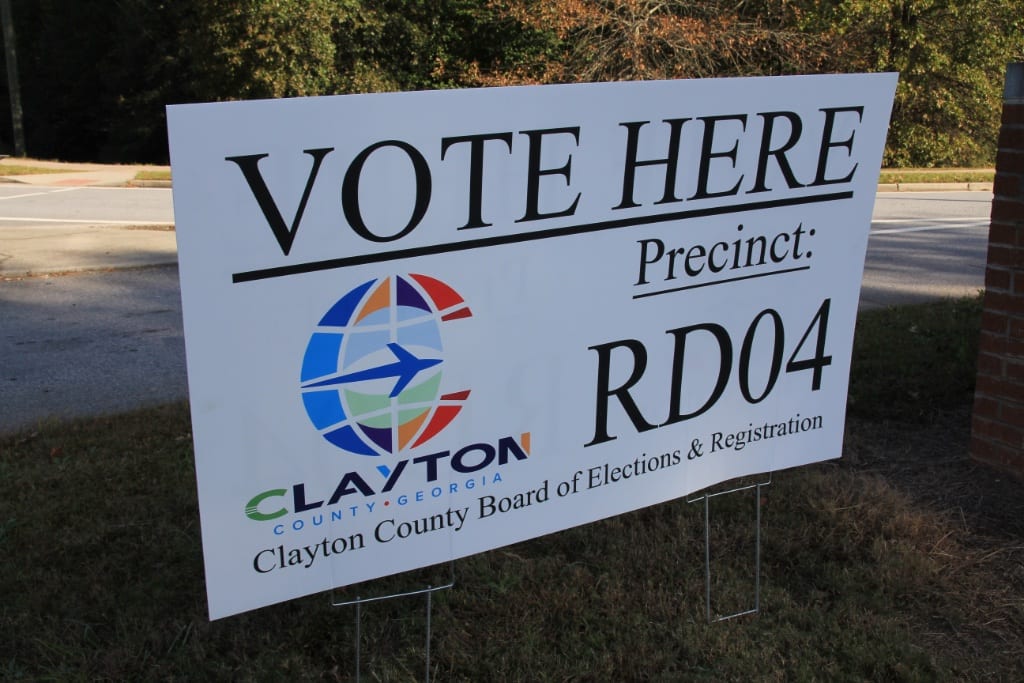 Wait times at Clayton County precincts appear to be extremely short, based on The Clayton Crescent’s survey of locations around the county.

A elections observer for Fair Fight Georgia said there had been about 20 people in line at 6:45 a.m., but that they were able to get in and out quickly. After that, she said, voters were taking about five minutes to cast their ballots.

That five-minute timeframe repeated at all the locations The Clayton Crescent visited today.

In the Clayton County Sheriff’s race, challenger Dwayne Fabian called to say that CCSO had set up a safety check roadblock “behind my house.” Fabian, a former Georgia State Patrol trooper, said he’d also questioned why the roadblock only checked license, registration, and tag: “That’s not a safety check,” he said, adding that deputies would have to check tires and other features for it to be a safety check. The Clayton Crescent has asked Sheriff Victor Hill to comment through his attorney, Alan Parker, and will update with any response.

It’s not every day that you see a DJ set up at your local precinct. Today was that day. Although the DJ at Utopian Academy in Ellenwood (EW1) was encouraging people to vote and not telling them who to vote for, he had set up his turntables next to the building in the breezeway, well behind the 150-foot electioneering signs. Check it out:

We’ve heard of at least two other musical offerings being made at the polls today in other metro Atlanta counties.

We’ve also contacted Fair Fight Action, the League of Women Voters. We are not lawyers but we find no explicit prohibition against apolitical DJ’ing inside the electioneering line. When someone who is a lawyer or elections official gets back to us, we’ll let you know what they say. Meanwhile, shake it for your country!

The Clayton County Democratic Party is holding its watch party tonight at B’Mari’s next to the Historic Courthouse in Jonesboro. Tickets are on Eventbrite. Georgia Republican Party Regional Field Director Kendall McCarty said the GOP would not be holding any watch party in Clayton County tonight but that there might be one in Atlanta. Region 4 Field Organizer Emily Ryback said she didn’t know of any GOP watch party for Atlanta, adding, “We’re going to be working through the night.”

Seen something unusual this Election Day? Got a photo or video of it? Maybe you have a hot tip about electoral shenanigans? Send it to us! E-mail KempWrites@gmail.com