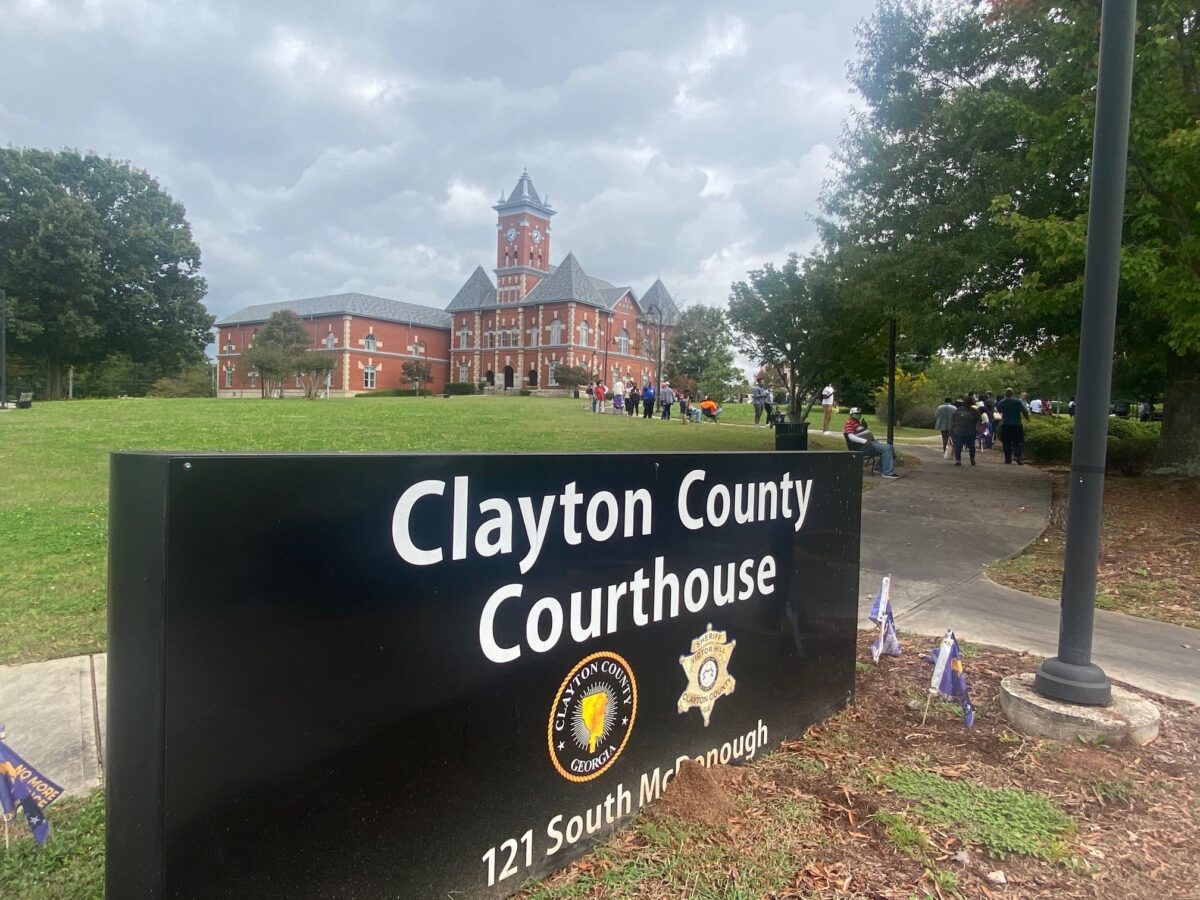 by Maggie Lee and Robin Kemp

11:11 p.m.: That’s a wrap for Clayton County election returns, with all 65 precincts reporting. No surprises or major changes. Biden took 85.05% to Trump’s 14.01% in the county. Sheriff Victor Hill was reelected after challengers Robert Hates and Dwayne Fabian failed to make the primary ballot, with Fabian campaigning as a write-in candidate in the runoff. Hill won 80,952 votes of the 95,792 cast. The Georgia Secretary of State’s election returns do not show how many votes went to Fabian. Georgia Democratic Party Chair Nikema Williams easily beat Republican Angela Stanton-King for the late Rep. John Lewis’ seat, with the count 29,258 to 5,198 in Clayton County.

10:35 p.m.: Rep. Doug Collins tweeted that he had called to congratulate Sen. Kelly Loeffler on “making the runoff” against Democrat Raphael Warnock:

I just called @kloeffler and congratulated her on making the runoff. She has my support and endorsement. I look forward to all Republicans coming together. Raphael Warnock would be a disaster for Georgia and America.

10:21 p.m.: Clayton County remains solidly in the Democratic camp. No major changes in any of the races or ballot questions to report at the county level. On the national level, Biden and Trump are running neck and neck in Florida, with Biden leading in electoral votes and the Democrats holding a razor-thin, one-seat lead in the Senate. The Dems hold the House of Representatives. In the Fighting 5th, Rep. Nikema Williams, with 84.4% so far, is beating Angela Stanton-King, who has 15.6%. Rep. David Scott looks to return to his seat in the 13th District for a tenth term.

9:30 p.m.: With 71,198 votes cast, Joe Biden is way ahead of Donald Trump–in Clayton County. Biden has 86.15% to Trump’s 13.11% thus far within the county. However, early indications are that the Presidential race remains too close to call. All previous trends within the county heavily favor Democrats down ballot.

The Clayton Crescent has no intention of calling the race tonight, given the likelihood of challenges and the need to count incoming mail-in ballots in the days ahead.

8:20 p.m.: Joe Biden and Jon Ossoff are in the lead in Clayton County. Clayton County is overwhelmingly blue, so it remains to be seen whether the rest of Georgia is willing to ride a blue tide:

In the open race for Sen. Kelly Loeffler’s seat, State Rep. Valencia Stovall (who chose to run for U.S. Senate instead of defending her Georgia House seat) has .87% early in the night as 20 candidates duke it out. Loeffler has 6.23% to Doug Collins’ 4.34% so far, with Raphael Warnock leading the crowd with 65.18%. Deborah Jackson is his closest competitor at 10.35%. Again, this is as of 8:24 p.m., very early in the evening with only a fraction of votes counted so far.

In the sheriff’s race, only Victor Hill’s numbers show in the Secretary of State’s election returns data. We’ll update you on the election’s only local write-in candidate, Dwayne Fabian, as soon as we get solid numbers from the county or state.

While it’s too early to declare anything in anyone’s favor, all other local contests on the ballot indicate voters took heed of the Democratic Party’s exhortations to vote a straight ticket. All questions on the ballot thus far look to pass, including the 11 a.m. Sunday brunch alcohol question.