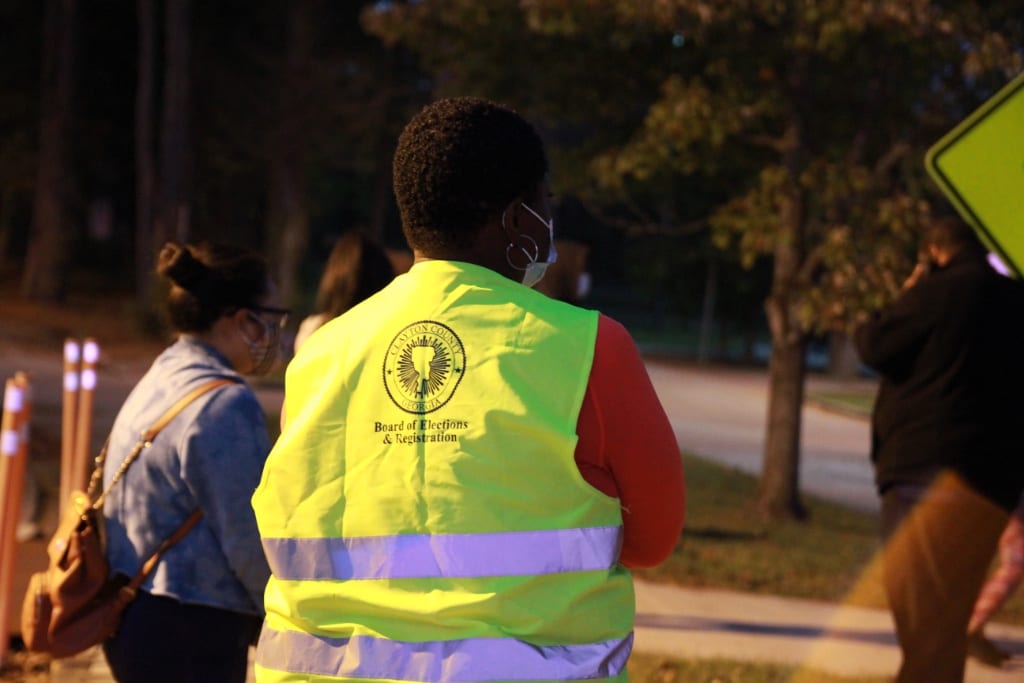 The number-one event this week, by far, is the Presidential election on Tuesday, Nov. 3. Polls will be open from 7 a.m. to 7 p.m. in Clayton County. However, national results will be at least a few days away, given the sheer volume of absentee and advance ballots and the high turnout expected tomorrow.

If you have not voted yet and plan to vote in person, you need to know a few things:

Here’s a look at the final day of advance voting on Friday, Oct. 30:

In other news, the Forest Park City Council will meet Monday ay 6 p.m. to discuss a host of major issues, including confirmation of a new director of Planning, Building, and Zoning and a request from the Economic Development Department for Tax Allocation District (TAD) funds for three Main Street projects (remodeling unspecified buildings, building an access road in an unspecified location, and building a sidewalk and “parking lot/public throughway,” at $50,000 per project or $100,000 total). Economic Development would manage funding, inspecting, and billing the upgrades. The money would be “awarded through a public agency designated by Council.”

Other issues on the agenda include a second attempt at getting the Georgia Assembly to reintroduce a bill that, if passed, would “create removal provisions for development authority members similar to those in state law for the URA.” HB 34, which was introduced by members of the Clayton County delegation, failed to make it out of committee last session. The bill would allow business owners to serve on development authority boards, as well as give cities the power to punish any member’s “unethical or dishonorable conduct.” In February, the council voted to fire the Urban Development Authority board and transfer its powers to the Downtown Development Authority, which Mayor Angelyne Butler chairs, after the URA turned down Butler’s request to issue bonds for a public safety complex for which no plans had been submitted.

Councilwoman Kimberly James, who has in recent weeks asked for greater transparency in how the city handles its business, has several items for discussion on the agenda. These include all city boards’ bylaws and policies, “police and policy,” overtime, “Task Force findings,” unbudgeted expenditures, and public comments.

Submit your comments before noon on Slido, and join the Zoom meeting online.

The city continues to ban the public and press from attending council meetings in person. The Clayton Crescent’s attorneys have sent a second demand letter to city officials, warning that continued violations of the Open Meetings Act could result in court action. The city contends that COVID-19 is forcing them to lock out the public. However, city officials continue to hold festivals and other events in Starr Park, where officials have been repeatedly photographed without masks and not observing social distancing.