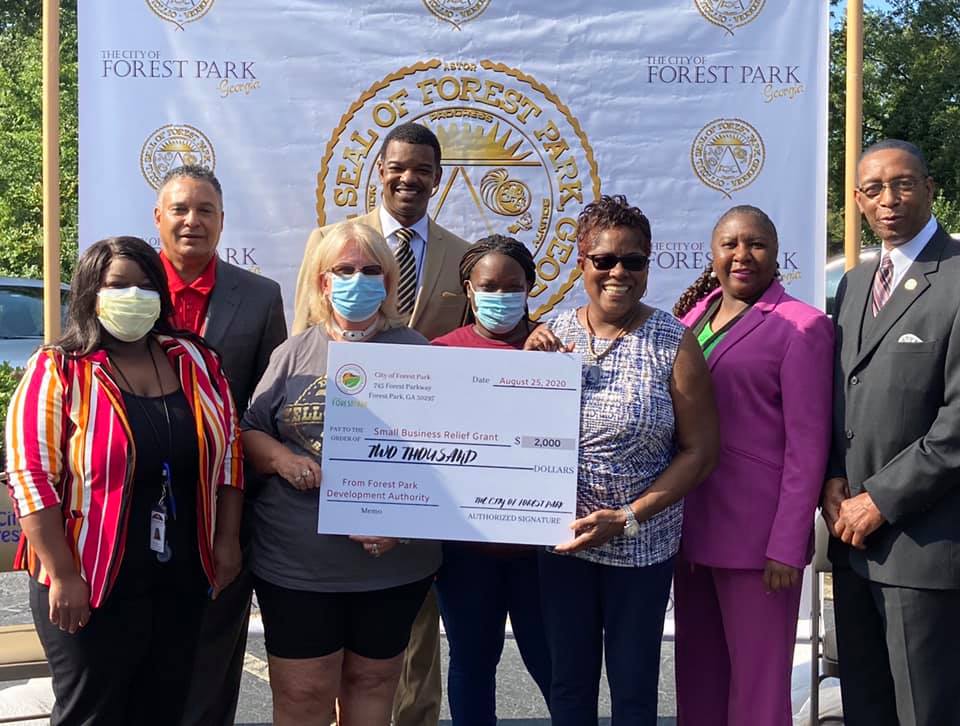 Barker was sworn in May 18 after the city had declared him the “sole finalist” for the job. Since the city fired former Police Chief Dwayne Hobbs in 2018, the mayor and council have filled several top positions with little to no public input with “sole finalists” for those jobs.

Brown was named Human Resources director in April. Before that, she served as city clerk for two years. In that capacity, Brown also was “(r)esponsible for all contracts and agreements entered into by the city,” as well as all Open Records requests and records retention. Brown also was responsible for recording and transcribing minutes for the City Council, Retirement Board, Development Authority, and the now-defunct Urban Redevelopment Agency.

Brown is Forest Park’s fourth city manager since the beginning of the year. At its first council meeting of 2020, longtime city manager Angela Redding was fired and immediately replaced by Police Chief Nathaniel Clark, who served in both roles until Barker was hired. Clark has now been given the title of Public Safety Director, a job that did not exist until a few weeks ago, and the city has advertised for a new police chief. The city has yet to state who is the current police chief–that is, whether Clark is again serving in two positions or if a subordinate in the police department is serving as acting chief. Sources told The Clayton Crescent that former Clayton County Police Chief Greg Porter has been promised the job. The firm advertised as conducting the search has a generic website and is registered to do business in Florida.

More on this breaking story soon.