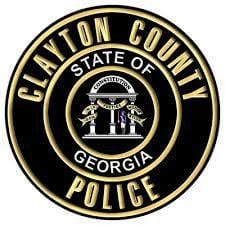 Clayton County Police say a suspect in the June 18 shooting death of a contract painter in College Park is in custody in Alabama on unrelated charges.

CCPD says that Julius Odem, 20, faces extradition to Georgia in the case. They say Odem allegedly robbed, shot, and killed Sang Lee sometime before 3:45 a.m. in the 800 block of Garden Walk Blvd. Police found “several items from the victim were missing.”

Police did interview Odem during the investigation. They say he told them he was not involved but that “(t)he investigation later revealed Odem’s DNA on the victim.”

Odem is charged with felony murder, aggravated assault, armed robbery, and possession of a firearm during the commission of a felony. Odem is presumed innocent until and unless he is convicted in a court of law.

It is the policy of The Clayton Crescent not to publish suspect’s mugshots unless there is an active manhunt, standoff, or similar imminent threat.