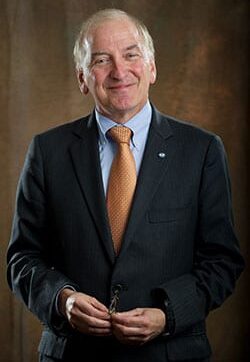 Clayton State University announces that its president, Dr. Tim Hynes, will retire as president as of June 30, 2021. Hynes has been with the university for 12 years and has served throughout the University System of Georgia over the past 25 years.

“Until the retirement date, I will serve USG, the university and its students with the same joy and enthusiasm I bring to work each day,” Hynes said. “I have been grateful for the constant support of Chancellor Wrigley, the Board of Regents, multiple governors and members of the General Assembly for me and for the students of Georgia, especially the students of Clayton State.”

The Board of Regents of the University System of Georgia appointed Hynes as Clayton State’s interim president in May 2009, later making him permanent in February 2010.

USG Chancellor Steve Wrigley said, “President Tim Hynes over the past decade set an outstanding standard for Clayton State University. He increased student support, expanded degree programs, and focused on community engagement. He also sought out greater opportunities for students in careers that are critical to the advancement of this state, including teaching and nursing.

“Tim was the first in his family to graduate from college, and he always approached his job understanding why families seek better opportunities through higher education. I have known Tim for 20 years, and he has been a great leader for Clayton State. I thank him for his service to the University System of Georgia.”

Hynes’ impact on Clayton State has extended beyond campus to the economy of Clayton County and the Southern Crescent. Other accomplishments include:

Hynes himself has been named one of Georgia Trend‘s 100 Most Influential Georgians and recognized seven times by the Atlanta Business Chronicle among its Leaders in Atlanta Education. He is a member of the Regional Business Coalition of Metropolitan Atlanta, a two-time National Debate Coach of the Year, and an avid marathon runner.