Over 68,000 have voted early in Clayton County 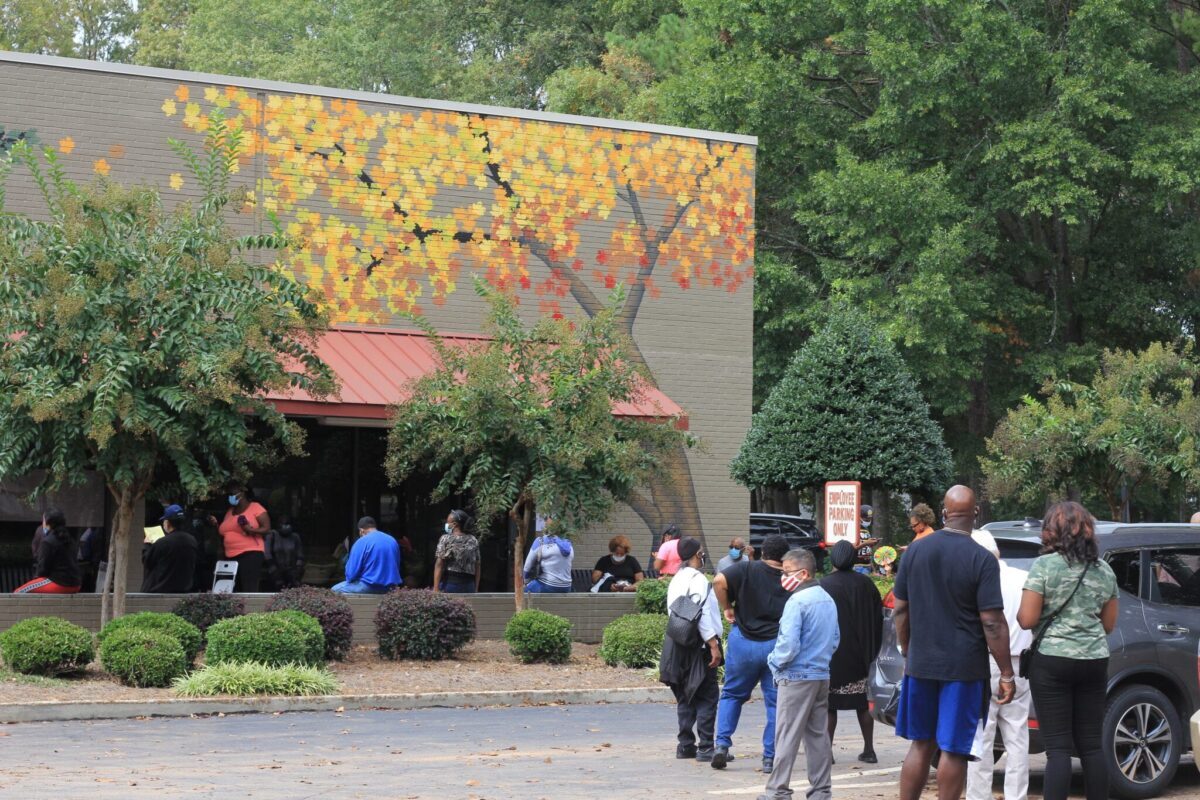 The latest figures from the Clayton County Board of Elections and Registration show that 68,778 voters have cast their ballots early in this election.

The figure comes from adding the total of in-person votes cast through October 26 (44,219) plus the total of mail-in absentee ballots received (24,559).

The last U.S. Census population estimate for Clayton County was 292,256 as of July 1, 2019. A more recent estimate cited by the Georgia Department of Public Health put the county’s population at 304,838. Using the later population estimate, that means nearly 23 percent of Clayton County residents have cast early ballots in this election, with close to that number likely to turn out on Election Day, Tuesday, November 3 (based on the primary turnout figures). Depending on how many people have registered to vote between July 1 and October 3–and depending on actual turnout through this Friday and on Election Day–that would indicate roughly 60 to 63 percent of all Clayton County residents are likely to cast ballots in this election.

Early voting continues through Friday from 8 a.m. to 7 p.m. If you are in line at 7 p.m., you must be allowed to cast your ballot:

You also can drop your paper advance/absentee ballot in any of the following secure county dropboxes:

To find your polling place for Tuesday, November 3, please double-check the list put out by the Clayton County Board of Elections and Registration, as a few locations have changed.

You also can check the Secretary of State’s My Voter Page at https://www.mvp.sos.ga.gov/MVP/mvp.do for customized voting information like your elected officials and precinct locations.