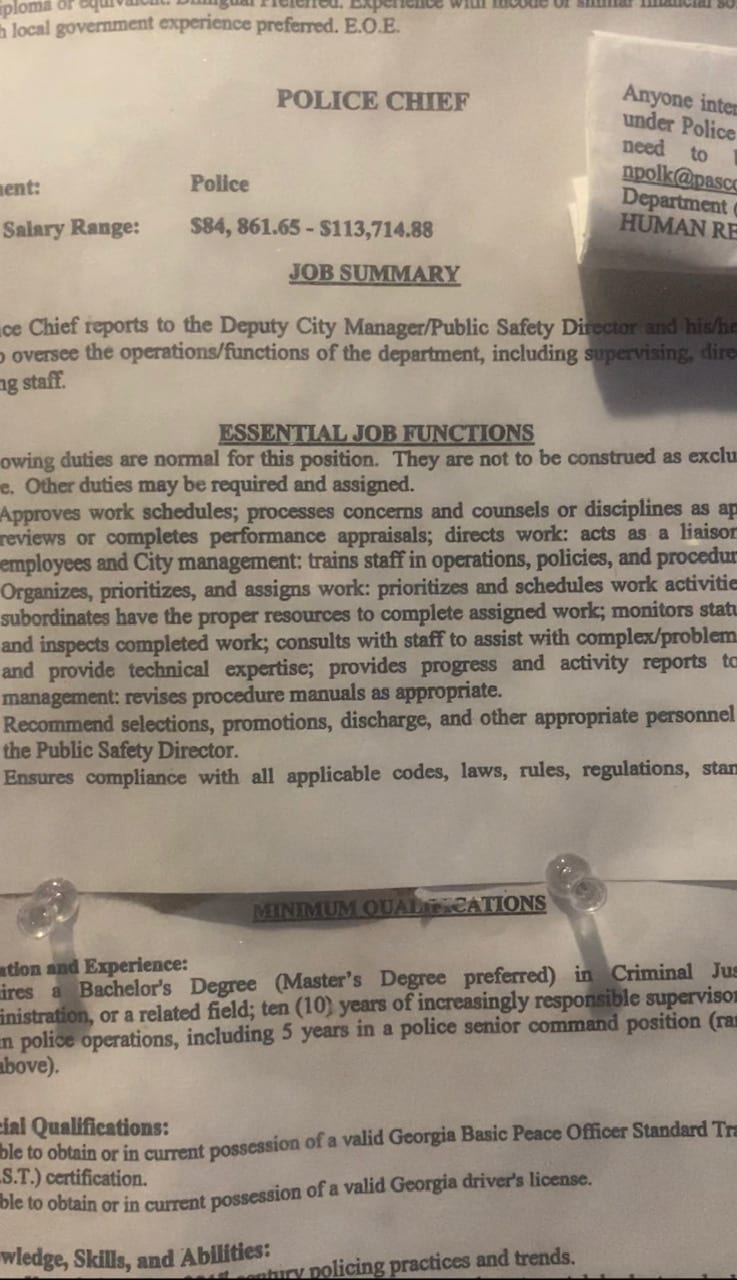 The City of Forest Park has published a job opening for police chief.

The job opening is posted outside City Council chambers. The new chief will report to the “Deputy City Manager/Director of Public Safety.” It was not clear whether the two titles are combined as Clark’s new job.

The city apparently has hired PAS Consulting Group to conduct the search. The company has a generic website and does not come back from a search of Georgia Secretary of State registered businesses. On its website, the company’s “About Us” section names no specific individuals as CEO, president, or other officers, but contains the following description: “Based out of Atlanta, GA, and with a nationwide presence, PASCG consists of a team of consultants with expertise in Industrial/Organizational Psychology and Human Resources who are experts in best practices in public personnel management. We also have a network of public safety consultants who assist specifically with the development and administration of public safety testing processes.”

The city has gone through several permanent and interim police chiefs in the past two years:

Butler fired the entire Urban Redevelopment Agency board, dissolved it, and transferred its powers to the Downtown Development Authority after it refused to okay a $20 million bond issue to pay for a new police station on Forest Parkway. The bonds also would have included a new fire station at the same location, which then-Fire Chief Eddie Buckholts had said he’d heard nothing about, as well as Starr Park improvements. Board members complained they had not seen any conceptual drawings or other plans, so had no basis for approving the bonds.

Several longtime officers have either retired or quit during Clarks’ tenure. One source who “couldn’t take it any more” told The Clayton Crescent that Clark “is at City Hall more than he’s at the police station,” that morale was low among rank and file officers, and that the department remains understaffed.