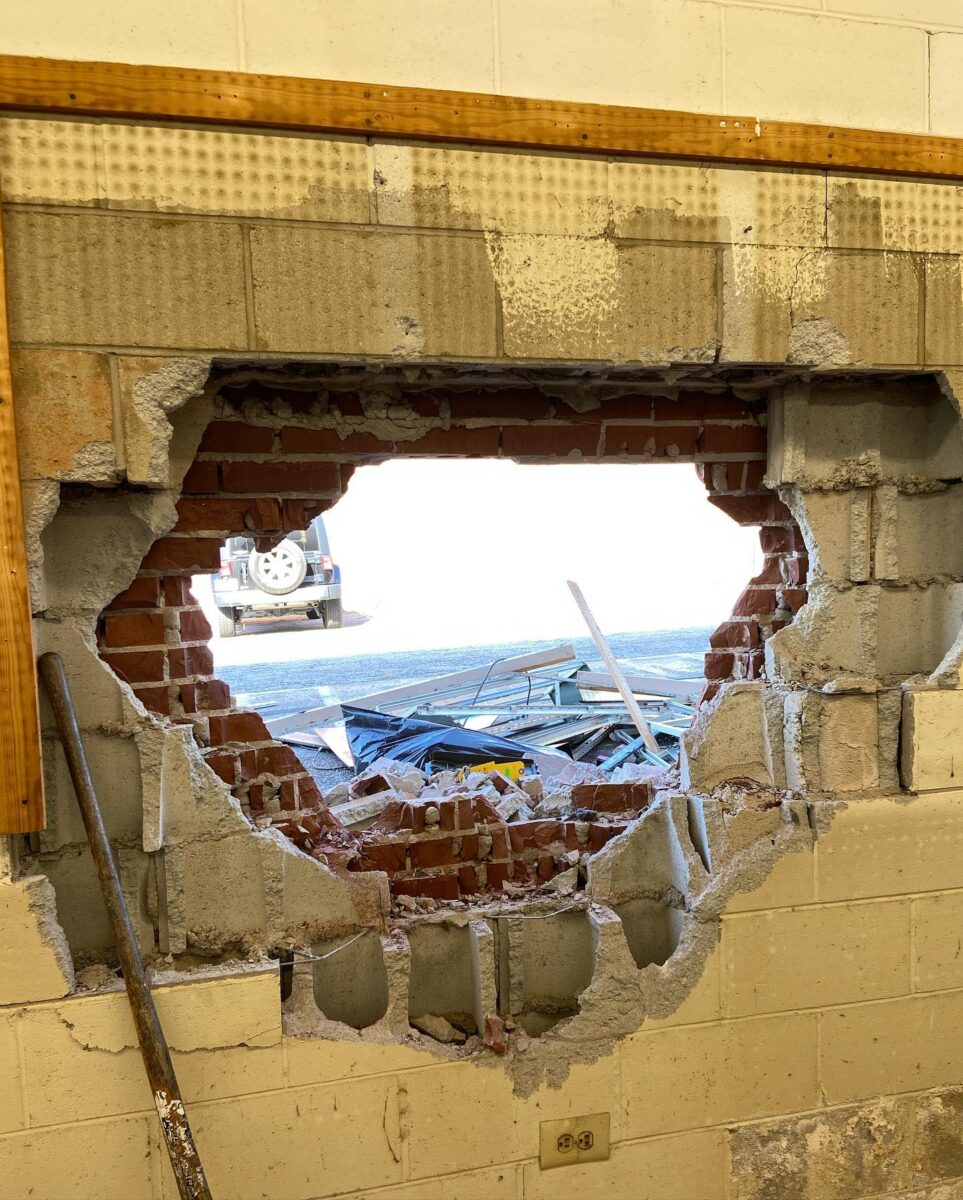 Forest Park Army Navy, a longtime landmark in the city’s downtown, is busy repairing an exterior wall behind the gun counter after thieves smashed a stolen truck into the store next to the City of Forest Park’s auxiliary offices.

The owners say it happened around 7:30 a.m. Monday morning, adding that store cameras captured the incident on video. Monday afternoon, several employees were still busy putting things back together. The store suspended all ammunition and firearms sales for the day amid heavy demand for those items–“due to unexpected renovations”–and had to rip out its display wall.

The forlorn pegboard sat outside the front of the store behind yellow caution tape. On the side of the building, the store’s van was parked up against the wall to block the plywood patch sealing it shut:

The store is famous for its large signs that read, “ALL GUNS ARE LOCKED UP IN SAFES AFTER HOURS – NOTHING TO STEAL.”

And that, employees say, is exactly what the thieves got–nothing.

Employees posted photos of the damage to Facebook, including one where they offered the one-finger salute to the hapless perps: