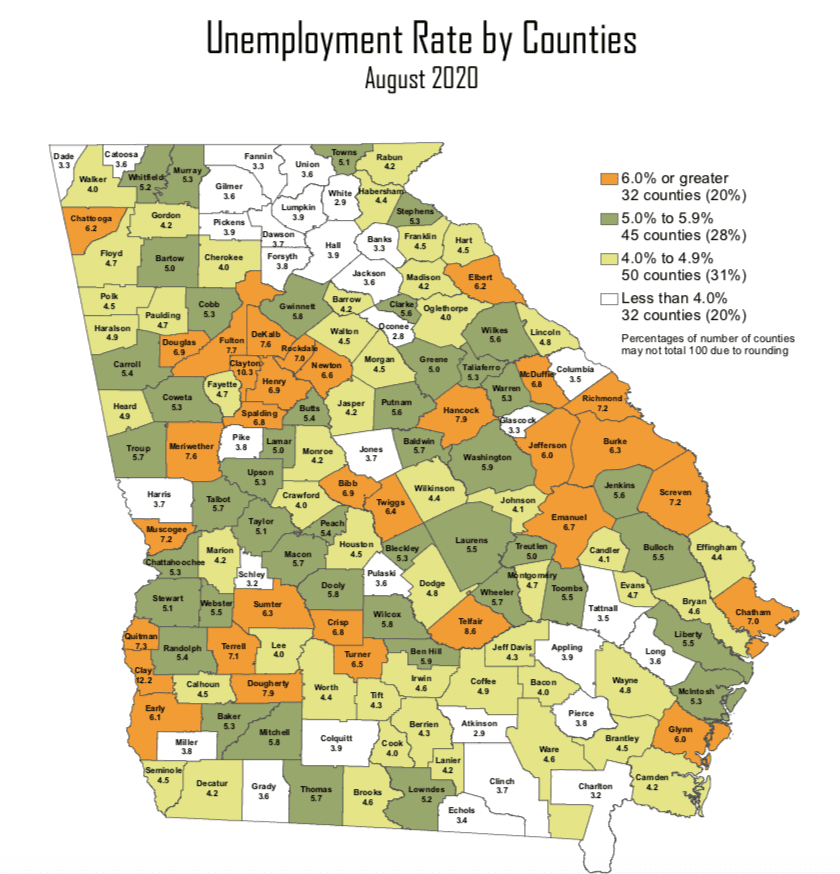 Georgia House Democrats are calling for a Congressional investigation into why the Georgia Department of Labor has had problems paying unemployment benefits during COVID-19.

The letter claims GDOL failed to comply with a federal statute that requires prompt payment of unemployment benefits to those who are eligible.

August preliminary figures show Clayton County has the state’s second-highest unemployment rate. Only Clay County, which is in the southwest corner of the state on the border with Alabama, was higher at 12.2%. By comparison, August unemployment for Dekalb and Fulton Counties was at 7.6% and 7.7%, respectively.

In July, Clayton was again the county with Georgia’s second-highest unemployment rate at 13.1%, topped only by Clay County at 16.1%. Fulton County unemployment stood at 10.3%, while Dekalb County saw 10.1% unemployment.

The Georgia legislators are asking federal officials to “consult with Governor Brian Kemp regarding consequences for noncompliance and propose the use of federal staff to assist the GDOL with its payment operations.”

Specific issues the legislators are asking Congress to look into include:

Scott said, “As of today, I am still receiving calls from constituents stating that they have not received their unemployment benefits since March. This is ridiculous.”

Scott called on Georgia Department of Labor Commissioner Mark Butler “to have some compassion for our people and open the doors to his agency or create a virtual call center so Georgians can get the assistance and help that they need to get their claims processed. People are losing their cars and homes because they are still waiting on someone from the GDOL to answer the phone and say, ‘May I help you?'”

The Clayton Crescent spoke with several area residents who found GDOL’s doors locked in August. Listen to what they had to say:

The Clayton Crescent repeatedly tried to reach Meadows for comment but never got a response.