What’s with the ballot boxes? 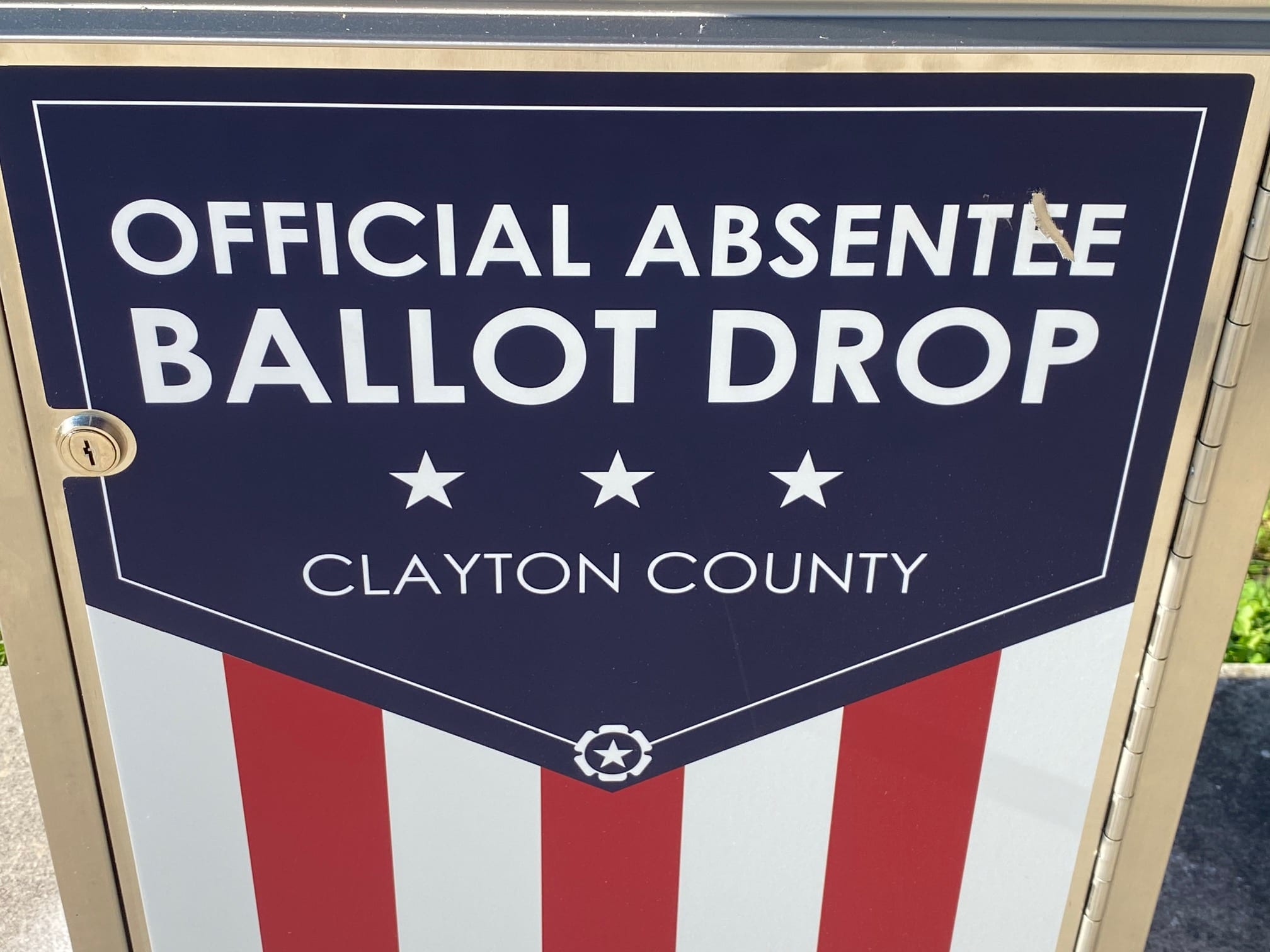 Before early voting began on October 12, officials had approved placing additional ballot boxes at recreation centers throughout Clayton County. After long lines on the first day of early voting, it appears that the county is installing even more ballot boxes.

Elections and Registration bought four ballot boxes to be installed at the Carl Rhodenizer, Virginia Burton Gray, South Clayton, and Lake Spivey rec centers. The move came after the State Election Board “voted to extend the emergency rules regarding official absentee ballot boxes and early scanning of absentee ballots through the rest of the year,” Director Shauna Dozier wrote in her Oct. 7 September operations report. “The newly added official absentee drop boxes will be installed to be used starting with the November General Elections upon delivery by the vendor.” Dozier said the boxes were paid for by a grant, using CARES ACT funds, from the Board of Commissioners.

Dozier said the vendor was supposed to have delivered the ballot boxes by October 1. However, the county still had not gotten the boxes by October 7: “As soon as they are received, preparations have already been made to install immediately,” Dozier wrote. “In the meantime, the Official Absentee Drop box located at the Elections Office is available to any Absentee Voter who chooses this option to return their ballot.”

In addition, Dozier “requested and was awarded at least two (2) additional absentee drop boxes from the Secretary of State at no cost to the county,” scheduled to arrive by Saturday, October 10. The state grant covers up to $3,000 or 75 percent of the cost to buy and install the extra ballot boxes.

On Wednesday, October 14, The Clayton Crescent found a smaller, different-looking ballot box, with county signage and a notice from Georgia Secretary of State Brad Raffensperger’s office, that had just been installed at the Forest Park library branch. The box, marked with a blue chevron and red and white stripes, is in full view of the exterior security camera on the left side facing the entrance.

A librarian named Roland said a crew had installed the box Tuesday and returned to check it Wednesday. He said that, originally, the box was to have gone inside, but then it would not have been accessible after business hours. He added that Clayton County’s IT department was responsible for the security camera, which had been installed on the building long before the ballot box arrived.

Noting that the book drop boxes there had been damaged previously, he said, “That’s why they put it back here. They moved the garbage can so they could put it here,” away from the curb and under the security camera. “That’s how we caught the person who hit the (book drop) boxes.”

The main library said that it “had nothing to do with the boxes” and that no one was available (at close of business) to confirm whether all branches would be getting the new ballot boxes.

Voters may be suspicious of the new box, which looks different from the one at the Historic Courthouse in Jonesboro. In California, the Republican Party illegally placed ballot boxes at various locations, including gun shops, churches, and party offices. President Donald Trump urged them to continue the practice. California GOP officials say they’ll put out even more boxes but drop the word “official” from the boxes themselves.

The Clayton Crescent has been unable to reach the county Elections and Registration Office since early voting began. We did ask the county to explain why the two boxes we saw were wrapped in plastic and when they would be available for voters to use.