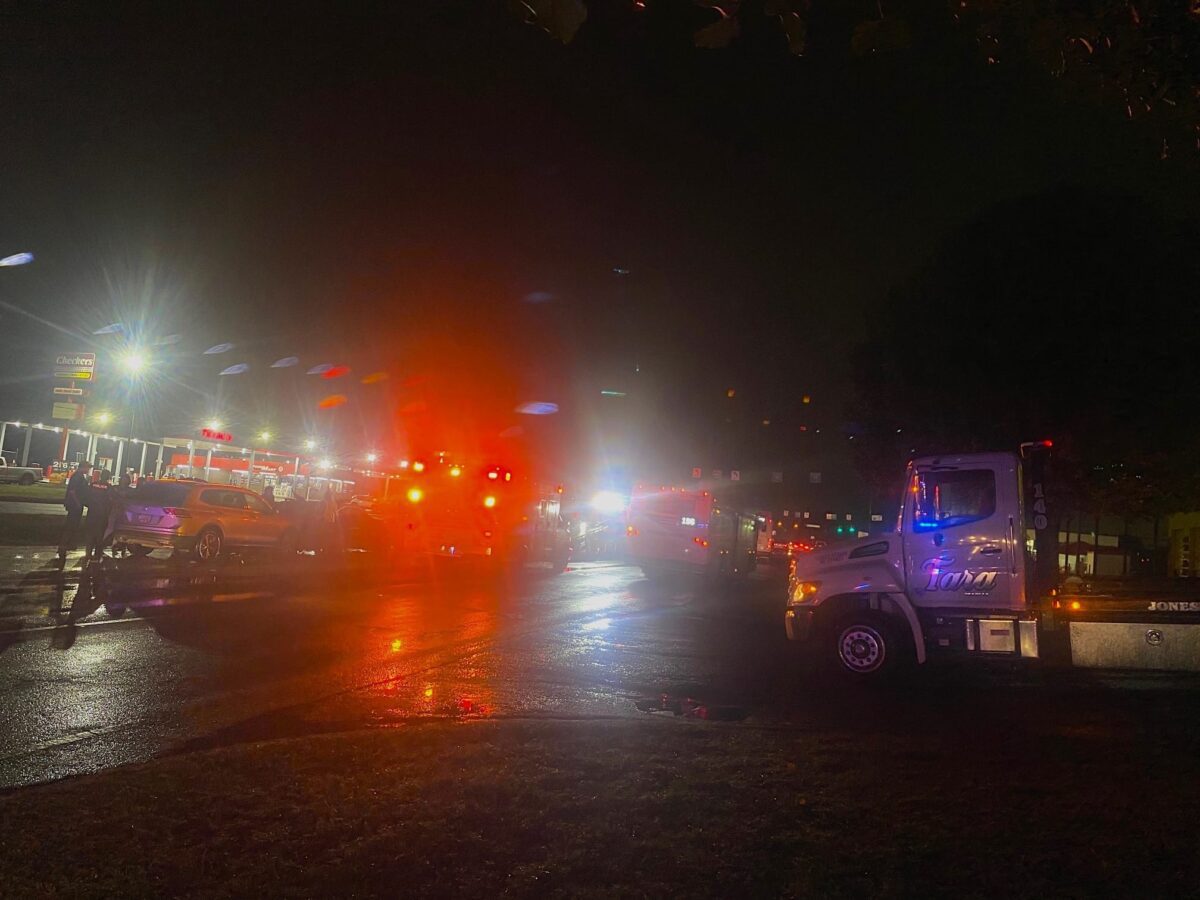 Five people were injured after an ambulance rolled over on Tara Boulevard near Upper Riverdale Road Friday night.

According to Forest Park Fire and Emergency Services, the ambulance was headed to Southern Regional Medical Center around 9:30 p.m. Four people, including one patient, were injured in the ambulance, which flipped into the ditch. A fifth person in another vehicle also was injured.

“This has been a long and unfortunate night for Forest Park Fire and Emergency Services,” Major Joel Turner said. “Three department crew members were transported from the scene with no obvious life-threatening injuries. Their patient continued their transport in another unit with no additional complaints, and the driver of the other vehicle was transported with minor complaints. All parties are still being examined and evaluated for injuries.”

The Clayton Crescent saw Clayton County Fire and Emergency Services extract a person from a car and place that person in their ambulance around 11:45 p.m. Three cars appeared to have been involved in that chain-reaction crash. We are trying to determine whether this was a separate incident from the ambulance rollover.

Despite the dark conditions and slick roads, some motorists sped past the busy scene where several Clayton County police officers, EMS crews, firefighters, and tow trucks–as well as other drivers who had been involved in at least a three-car pileup–were on the median and in the left lane of Tara Boulevard.

“Our thanks go out to the men and women of Clayton County Fire and Emergency Services for their response and assistance with this incident,” Turner added.