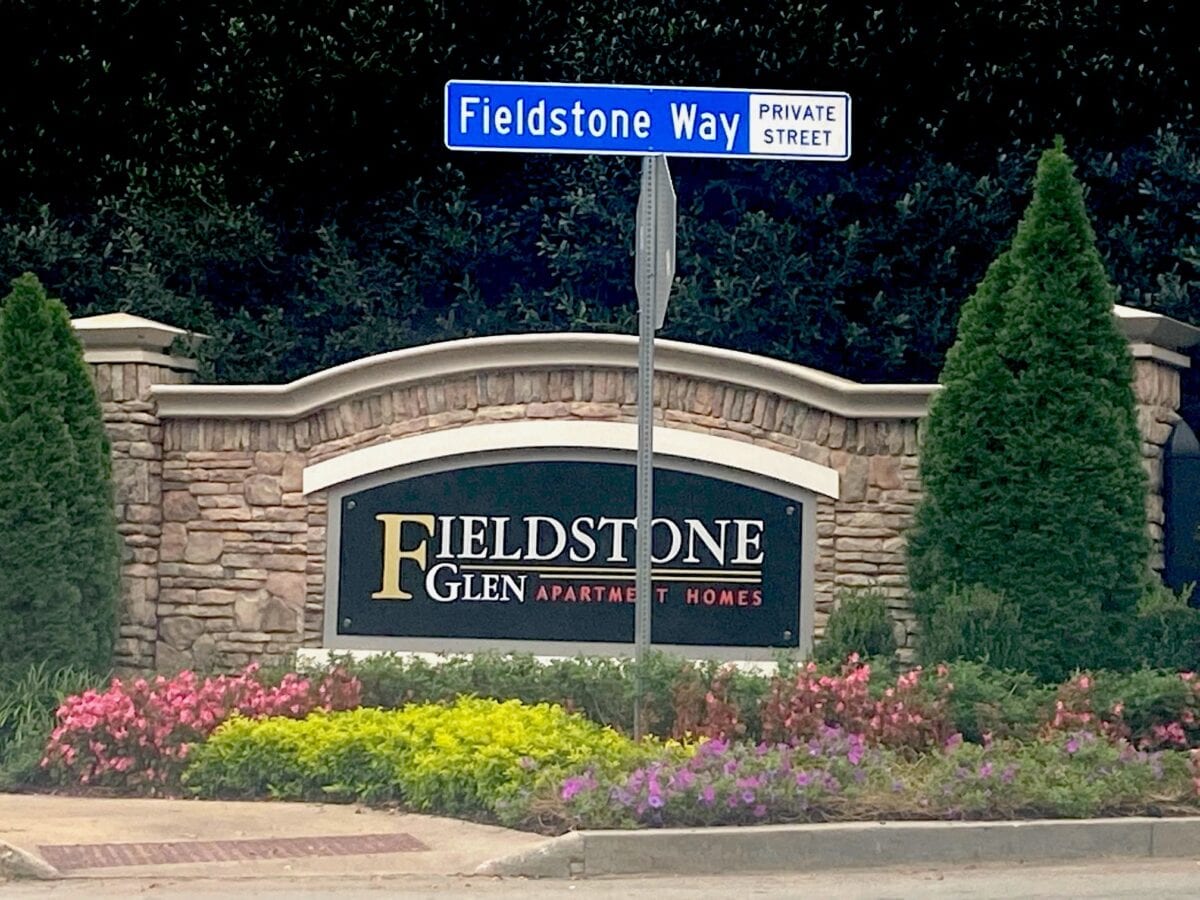 A Clayton County police officer is recovering after being shot in the arm while investigating a disturbance at the Fieldstone Glen Apartments around 4:15 a.m. Friday. Police arrested one suspect who they believe was not the original shooter.

CCPD responded to a disturbance and shots fired call at the complex. Chief Kevin Roberts said a man told them he had gotten into an argument with another person, who then fired shots.

Officers walked into a dark area behind one building to conduct a search. Suddenly, they came under fire from the patio area of one apartment. When the officer shined his flashlight into the apartment, a resident shot back, “believing someone was attempting to unlawfully enter the home,” police said.

“Due to darkness, one of our officers shined his flashlight at that patio door,” Roberts said. “Immediately upon panning that flashlight, he sustained gunfire and received one shot to his arm.”

The officer, who was hit in the forearm, was transported to Grady and treated for non-life-threatening injuries.

Roberts told reporters on the scene, “They definitely thought someone was trying to gain entry, is what their initial response was. Our officers were not anywhere near the patio door, they were just searching with flashlights.”

CCPD said they did not find the original suspects from the shots-fired call. However, “there was evidence of a gun being fired in the breezeway of one of the buildings.”

Police arrested and charged LaShonda Person with two counts of reckless conduct. Person did not appear in the Clayton County Jail Inmate roster as of 12:17 p.m. Friday, nor did the charges against her appear in court filings as of press time.

GeorgiaCarry.org Executive Director Jerry Henry said Georgia’s “castle doctrine.” the legal theory that says a person can use lethal force to defend his or her own home if someone invades it, may not apply if someone shines a light in your window but does nothing more.

“That would depend, ” Henry said. “There was a case here in South Fulton a couple of years ago where a guy threw a building block through a door and (another) guy shot through his front door, but he was also in fear of his life.” Henry said the man’s family was also in the home at the time and that the man’s actions were justified.

“Now just because someone shines a light through your window, that’s not a very threatening thing,” he said. “You’re not allowed to use deadly force unless you’re in fear of your life and somebody else started it. If somebody comes to you and threatens your life, that’s justified.”

Even so, Henry pointed out, “You still may have to get a jury trial. But the fact that someone just shined a light through the door, that’s reckless, in my opinion. If they’re beating on windows and doors, that’s different, but if what you told me is correct, that’s a bad shoot. It certainly doesn’t fall under castle doctrine or stand your ground by the way you’ve presented it.”

To learn more about Georgia gun laws and armed self-defense, check with your legal advisor or a certified firearms instructor. The following resources are not endorsements of any particular organization: